The Republican addressed criticism about his qualifications in running for office during his speech. 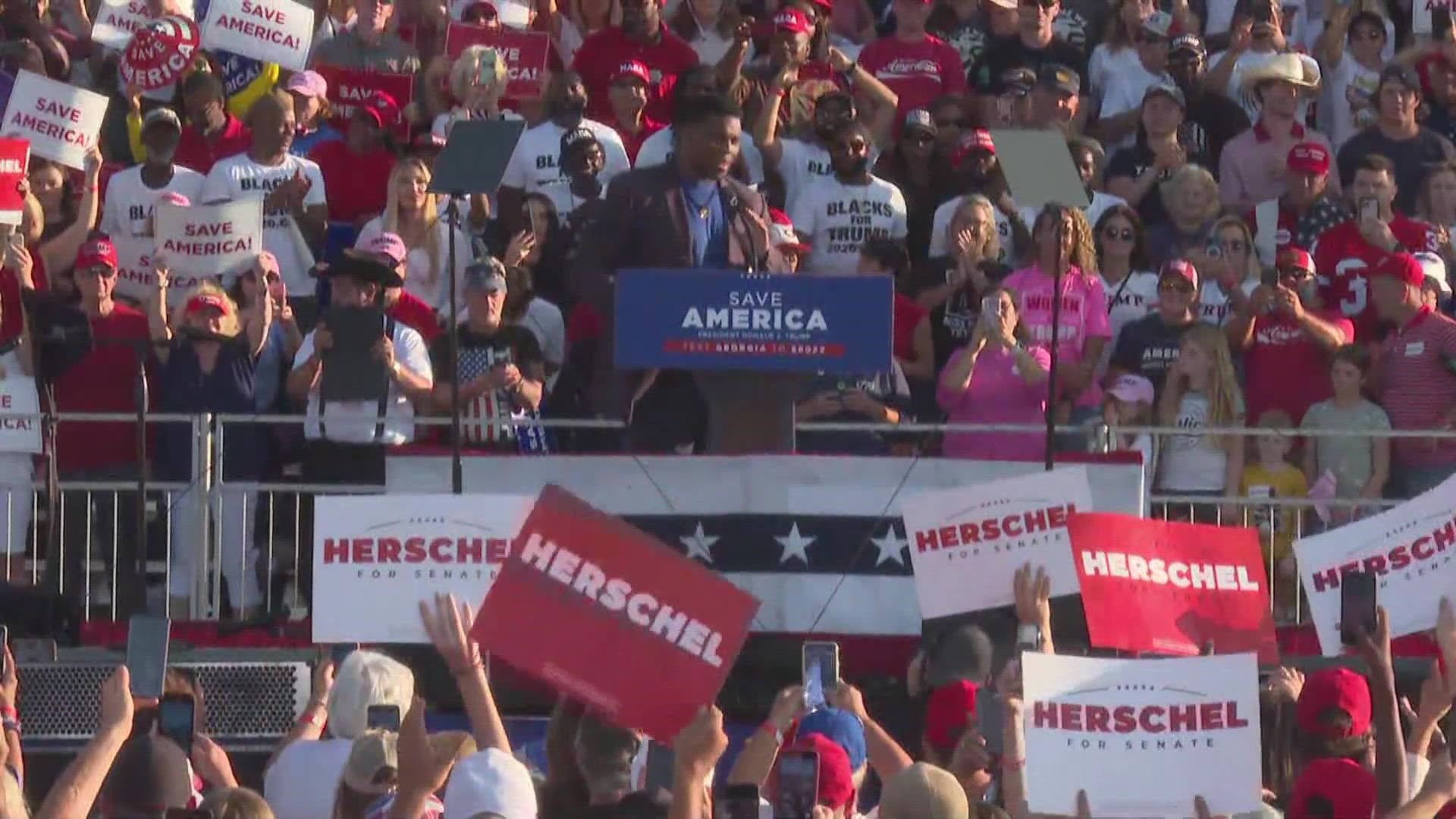 "People always ask me what qualifies me to run for this office, and I said, 'Well you’re right, I’m an American,'" Walker said.

The Wrightsville native told news outlets in April he was considering a 2022 run, but his candidacy wasn't official until it was listed on the Federal Election Commission's website last month.

"What qualifies me to run is because I love America and I'm going to fight for America and it's time for us to stop wondering what we're going to do and just do it," he said as the crowd erupted.

"Someone was telling me that I'm not from Georgia," Walker said.

Questions recently swirled recently due to the fact that the football legend has lived in the same house near Dallas, Texas, for the last 10 years and has declared it his "homestead" for tax purposes.

"It's funny because I said guys, I was Wrightsville born and I was Georgia bred and I'm going to die a Jesus Christ death," Walker said.

Trump later gave Walker a warm welcome on Saturday as well, calling the former NFL star a "special man" and "the great Herschel Walker" while endorsing Walker's Senate candidacy during his speech.

"Welcome a man who really knows how to win the United States of America. So proud of this man. One of the greatest athletes of our country's history. The greatest running back that I've ever seen," Trump said as he summoned Walker to the stage alongside him.

"Not only an American hero, he is an American legend born and raised in this state," he added.