The former UGA, NFL star showed up to support the Georgia Bulldogs in their home opener against UAB. 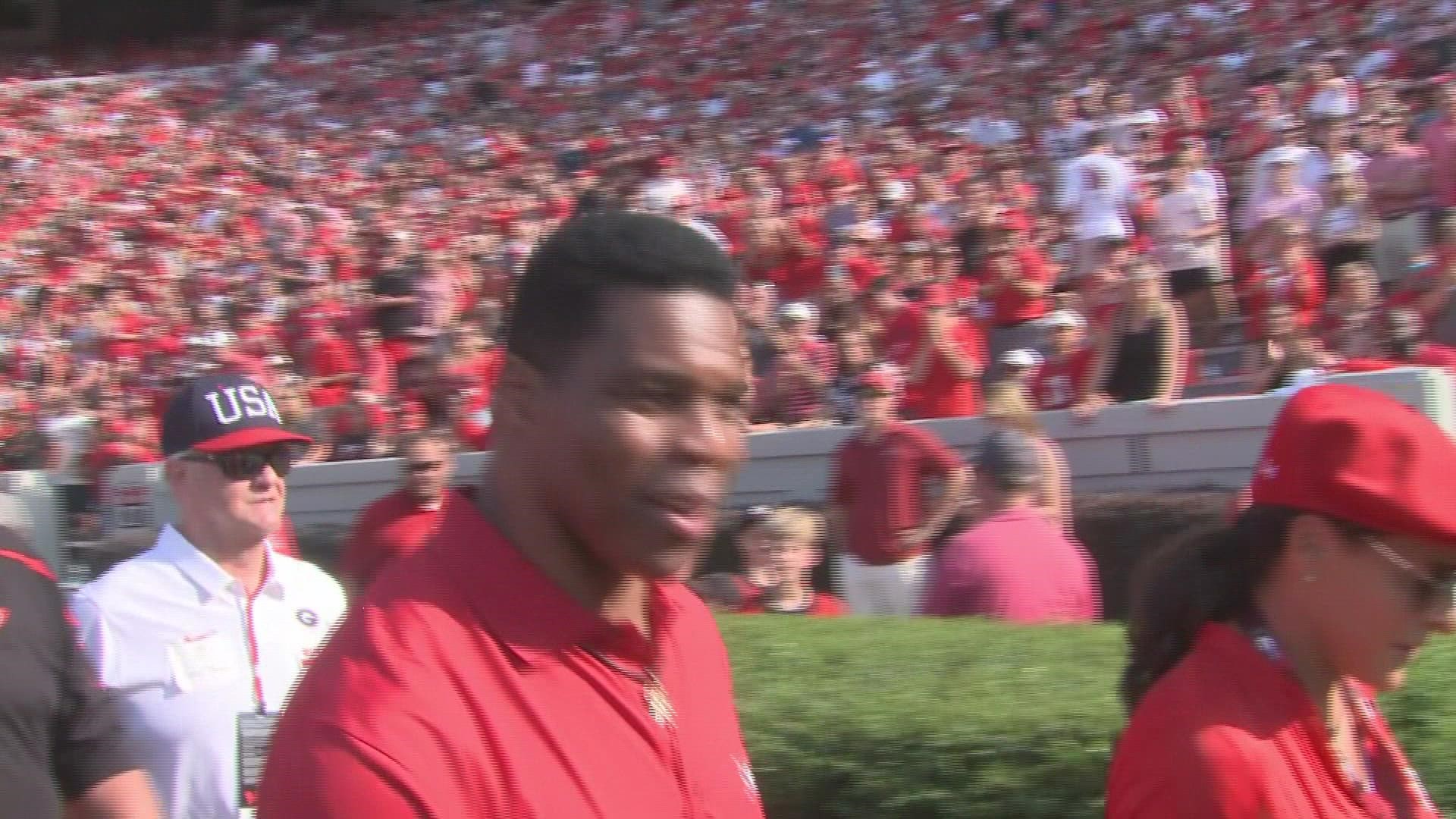 Former University of Georgia and NFL player Herschel Walker showed up to support the Georgia Bulldogs in their home opener against the University of Alabama at Birmingham (UAB) Saturday.

This marked Walker's first public appearance since he announced he's running for U.S. Senate in Georgia.

He is one of several Republicans hoping to unseat U.S. Senator Raphael Warnock in the 2022 Senate Race.

In August, Walker's statement of candidacy was listed on the Federal Election Commission's website.

Questions of his current residency swirled recently due to the fact that the football legend has lived in the same house near Dallas, Texas, for the last decade and has declared it his "homestead" for tax purposes. However, he could keep the Texas exemption if he became an "inhabitant" in Georgia, long enough to qualify to serve in Congress, under the vague residency rules outlined in the U.S. Constitution.