In 2009, IBOP endorsed Reed over opponent Mary Norwood in the runoff and now, they're backing him once again. 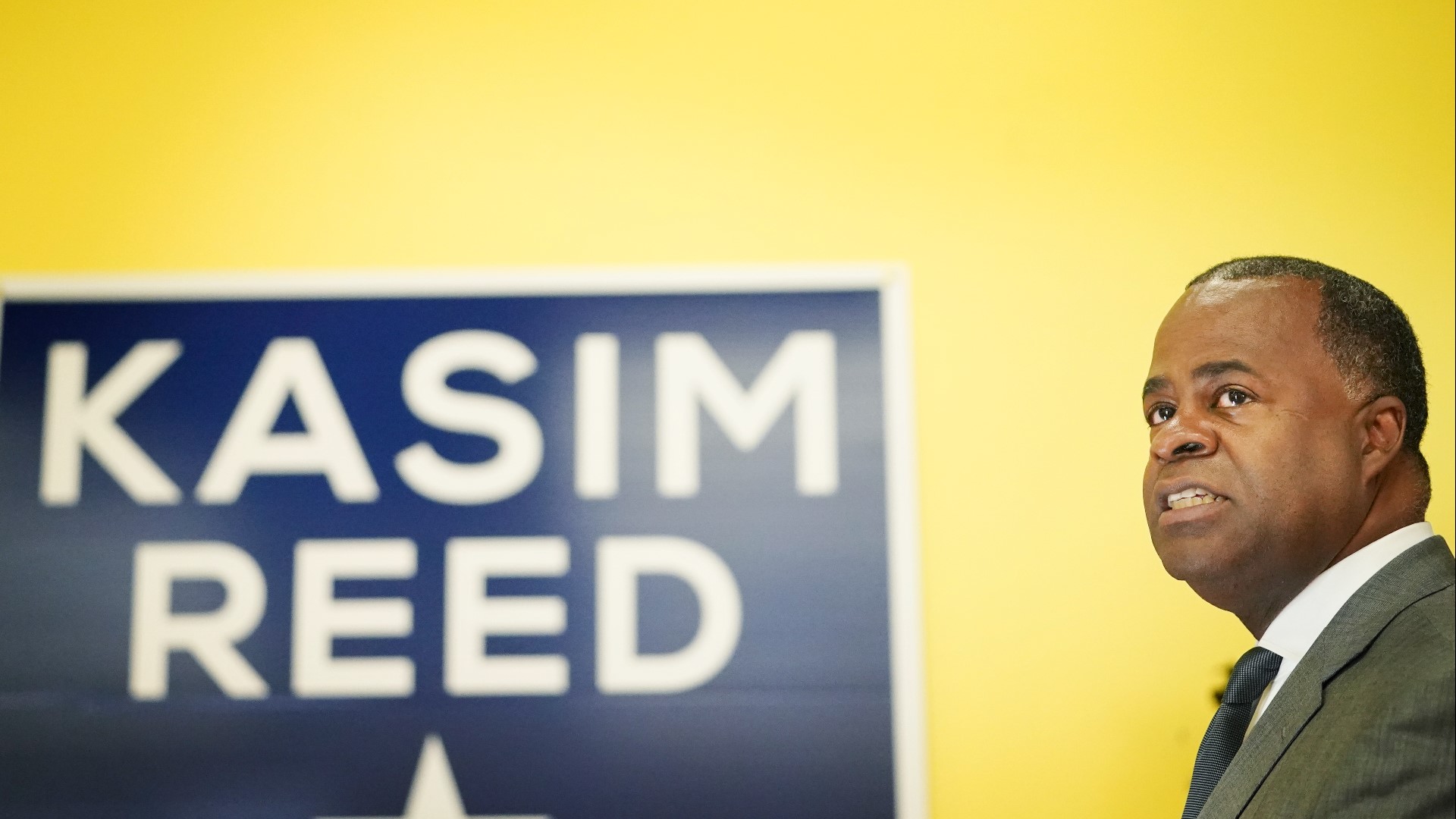 ATLANTA — "I would like to present the IBPO’s endorsement for the next city of Atlanta Mayor, Mr. Kasim Reed," Lt. Kevin Knapp, President of IBPO Local 623 said in a Thursday’s press conference.

For longtime Atlantans, the announcement from the International Brotherhood of Police (IBPO) may sound familiar because it’s happened before.

In 2009, IBOP endorsed Reed over opponent Mary Norwood in the runoff. At the time, Reed promised a crackdown on gang violence.

Now the union is backing Reed again, as the mayoral candidate promised to update law enforcement facilities and ensure “officers receive best-in-class training and the proper resources to tackle this surge in violent crime.” He also promised to bring 750 new officers to the city.

Knapp said several other mayoral candidates reached out to the union asking for their endorsement over the past several months. He explained a survey was sent to every member of the department, asking what traits officers wanted in their next mayor.

“Our officer demanded and outright begged for someone who will lead, who will support APD and their officers publicly, will restore due process to the police department and allow the APD command staff to lead without fear of termination or demotion,” Knapp said.

However, one of Reed's opponents, Felecia Moore, said she isn’t sure every officer is on board with the endorsement.

“Majority of the officers that I talked to are not in support of him and they do remember what happened during his administration and he made promises to them before that he did not keep,” said Moore, who insisted people make “promises to get the vote.”

In a statement, Moore added, “We also remember Kasim Reed’s unsuccessful efforts to balance the city budgets by gutting the pensions of police and firefighters, and his efforts to exclude them from pay raises.”

Historically, there were bumps in the road between the union and Reed.

In 2015, police and firefighter demanded then-Mayor Reed to support 3.5% pay-raises for police and fire that other city employees received. Reed insisted the police and fire union would have to drop their multi-million dollar lawsuit against the city over Reed’s pension reform.

This refusal led the Atlanta Professional Firefighters and the police union to split the cost of a billboard that made a public jab at Reed.

"Mayor Kasim Reed does not care about public safety," and, "Danger. Enter at your own risk,” the sign, located on the downtown connector, read.

Reed pointed out police and fire received pay raises four years prior to their back and forth when other city employees did not.

"It's not politics at all,” Reed said at the time. “They are grown women and men. If they want to withdraw their lawsuit, I'll meet 'em at the negotiating table tomorrow."

In 2016, Reed announced a pay increase for the Atlanta Police and Fire-Rescue Departments.

In Thursday’s announcement, Reed said he looks forward to revisiting the pension issue and referenced the previous back and forth with the police union.

“I understood their advocacy. I never got mad,” Reed said, adding that both he and the union have grown. “The nature of the organization is to push for better and the nature of the mayor’s office is to try to figure out how to do as much as you can within the financial constraints of the city of Atlanta.”

An endorsement from the union carries a lot of clout, according to Dr, William Boone, a political scientist at Clark Atlanta University.

"If the police union is endorsing you and certainly, they have confidence in you, that means you can work together, and reduce crime rates in the city," said Dr. Boone.

But, an endorsement from the police union doesn’t guarantee a win, as witnessed in 2017 when the IBPO backed Norwood over current Mayor Keisha Lance Bottoms.

The union remained at odds with Bottom’s administration, particularly in 2020.

“Our members became political sacrifices performed by our current administration and those actions took a heavy toll on the current condition of public safety in Atlanta today. As our current administration sat back and watched hundreds of our fellow officers leave this great city to pursue careers elsewhere, there was nothing done to stop the bleeding and repair the damage that was caused,” said Knapp on Thursday.

Knapp brought up "a lack of due process" in the firing of officers over the summer as well as the removal of Chief Erika Shields.

Reed said if elected, he’ll ensure officers know the city supports them, plans to meet with police leadership often, and wants the public to “be involved in selecting” a new chief of police.

Moore said, "There are 19 days until the election, I’m going to remain focused on what really matters, addressing crime with a holistic approach that invests in our children and our community." 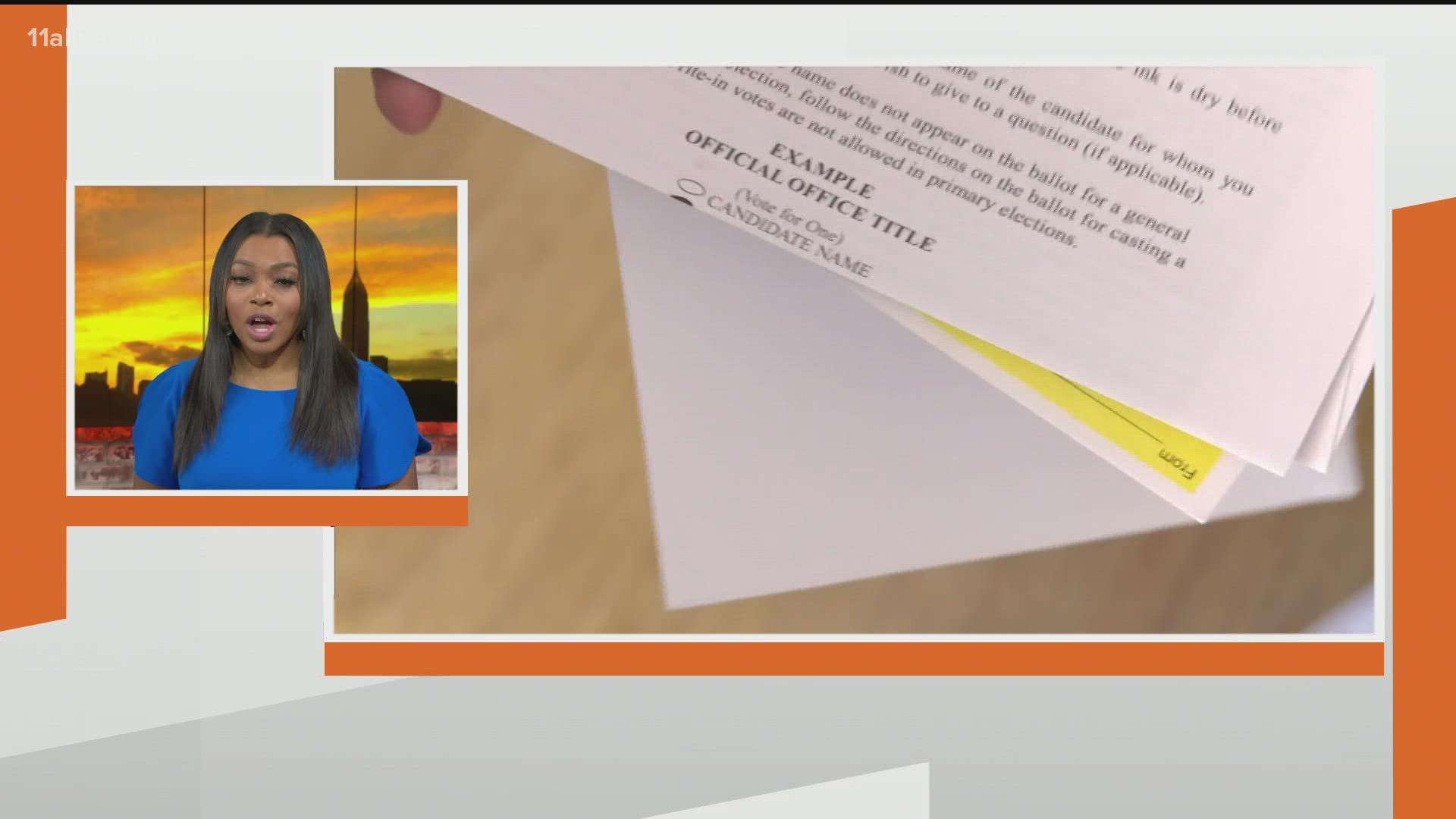