How election officials are keeping voters safe at the polls

The CDC laid out guidelines for preventing the spread of COVID-19. 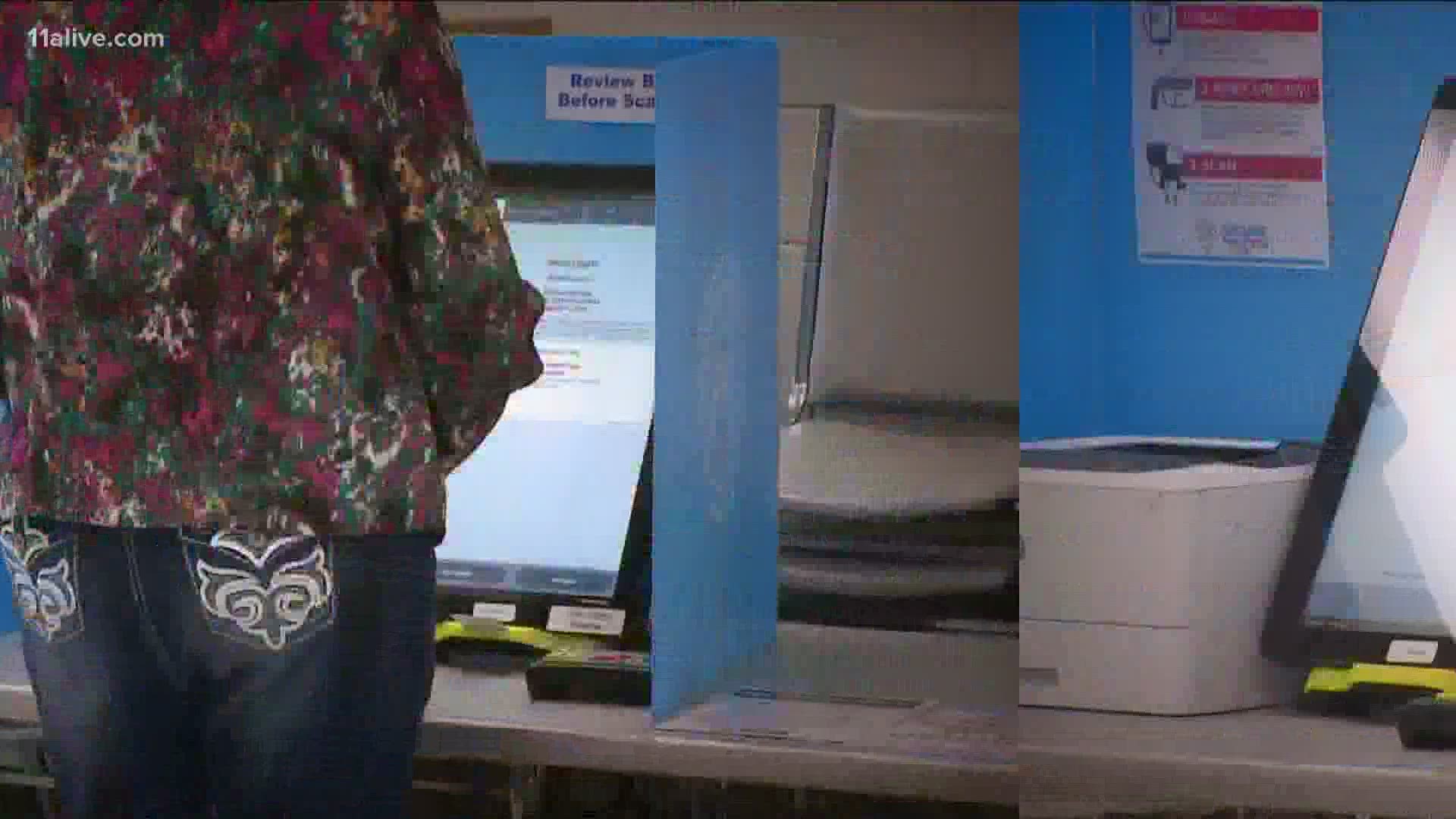 ATLANTA — October 12 marks the start of early in-person voting and as many head to the polls, voters may wonder what precautions are in place to prevent the spread of COVID-19.

In June, the Centers for Disease Control and Prevention laid out guidelines for election officials and poll workers to prevent the spread.

In Gwinnett County, voters can expect routine wipe downs of voting equipment amid other measures.

"After a voter votes, we'll use the spray and wipes to wipe down the equipment," Kristi Royston, Gwinnett County's Voter Registrations & Elections Director, said. "We'll also wipe down table tops pens and surfaces."

"We'll also have sanitizer throughout the process, sanitizing wipes as well as some spray," Royston added.

"All of the poll workers will be wearing masks and we have sneeze guards in place and sanitizer," Richard Barron., Director of Fulton County's Registration & Elections, said. "We'll have sanitizer for the voters as well," adding extra masks will be available in the polling places.

"We recommend everyone stay six feet apart in line. Once we get people in the polling place, there will be sneeze guards in between the voting stations to give voters extra protection when they're at the ballot marking device," Barron said.

DeKalb is among those counties that will help the voting process remain touchless by offering disposable stylus, according to Erica Hamilton, Director of Voter Registration and Elections for DeKalb County.

"So a voter doesn't have to touch equipment with bare hands that have been touched by someone else," she said.

Social distancing will also be encouraged throughout the process.

"We'll strongly encourage the six foot distance to make everybody feels safe and  comfortable when they come to vote," Hamilton said.

But despite the pandemic, there's a limit to what officials can and can't do.

"As far as requiring a voter to wear a mask, that is something that we cannot do," Royston said. "You can't put any type of requirement on an individual in order to allow them to vote. We don't want to look like we're screening the voting process."

CDC guidelines still encourage voters to wear masks, while also adding other tips voters can do to protect themselves:

The CDC advises voters not to disinfect or wipe down voting equipment themselves as equipment can be damaged. While COVID-19 procedures at the polls vary between counties, election officials we spoke with agreed there's an easy way voters can help.

"One thing that voters can do is go to the 'My Voter Page' and look at their sample ballot ahead of time so they know exactly is what on the ballot," Barron said. "So once they get in that closed area and check in to vote, then they'll spend as little time as possible in the voting place."