How Ga. senators voted on the 'skinny repeal' of 'Obamacare'

The GOP's skinny repeal of the Affordable Care Act failed early this morning, here is how Georgia's senators voted. 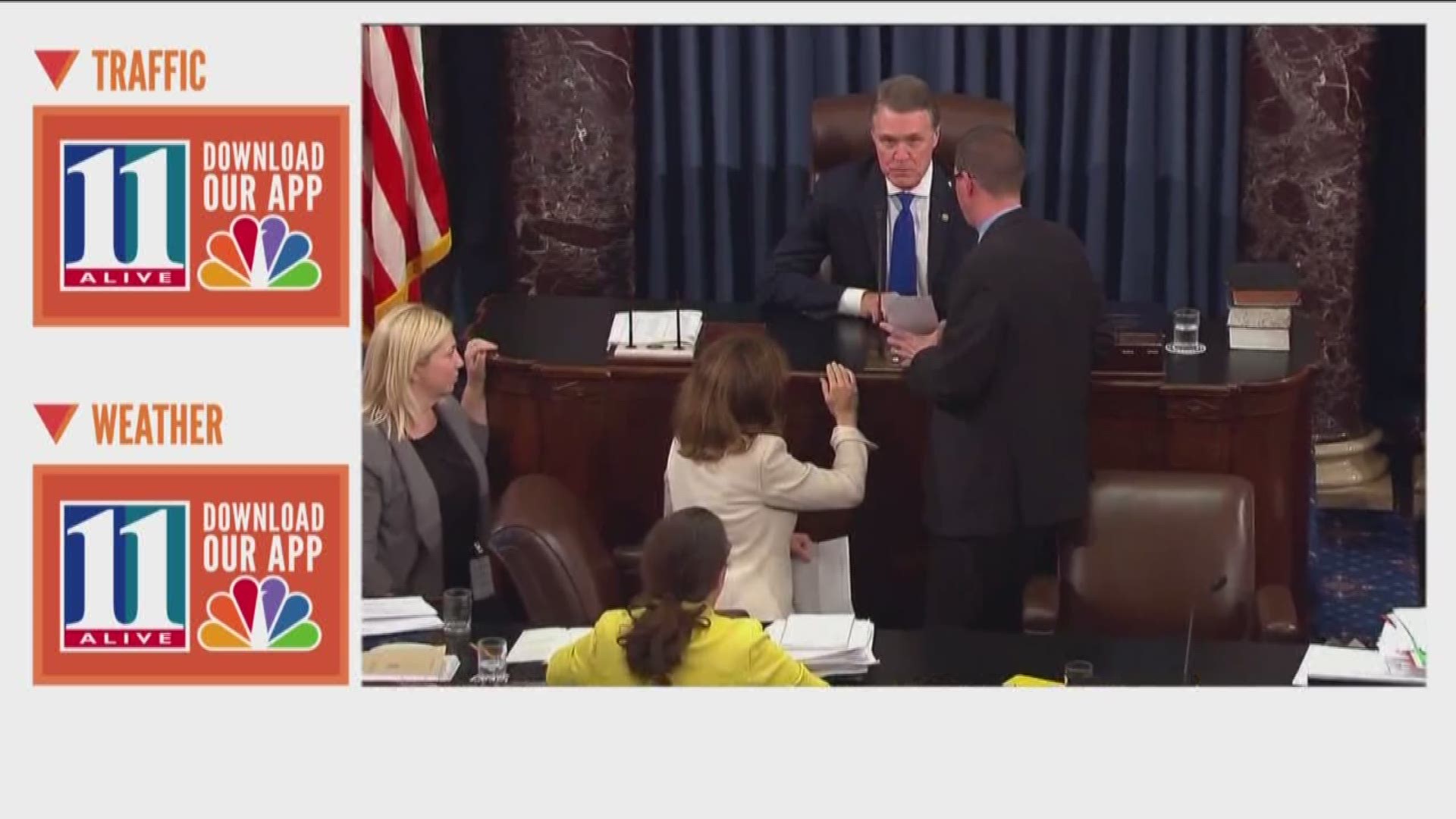 Georgia Senator David Perdue was presiding over the Senate when he announced the GOP's skinny repeal of the Affordable Care Act failed early this morning.

Republican Senators Isakson and Perdue both voted yes for the amendment.

Perdue released a statement after the vote saying Americans should be outraged.

"We have got to work to reduce premiums, which have skyrocketed and priced people out of the market. We have got to put Medicaid on a sustainable path and make sure preexisting conditions continue to be covered. Those are the big objectives and nothing has changed. Now, we have got to come together and get this done for the American people,” the statement read in part.

It was a blow to President Trump who sent a tweet early this morning saying those who voted no 'let the American people down."

Senator John McCain was one of those republican no votes which was so unexpected that gasps were heard on the floor after he voted. Alaska's Lisa Murkowski and Maine's Susan Collins also voted no to the so-called "skinny repeal" amendment which would have stripped away some parts of the Affordable Care Act, including the individual employer mandates.

On Twitter, McCain said the repeal bill "fell short of our promise to repeal & replace Obamacare w/ meaningful reform," adding, "I hope we can rely on humility, cooperation & dependence on each other to better serve the people who elected us."

I hope we can rely on humility, cooperation & dependence on each other to better serve the people who elected us https://t.co/QbaZvUwkfE

The amendment was a last resort for Senate Republicans to pass something — anything — to trigger negotiations with the House.

USA TODAY and The Associated Press contributed to this report.