Not all elections are created equal. 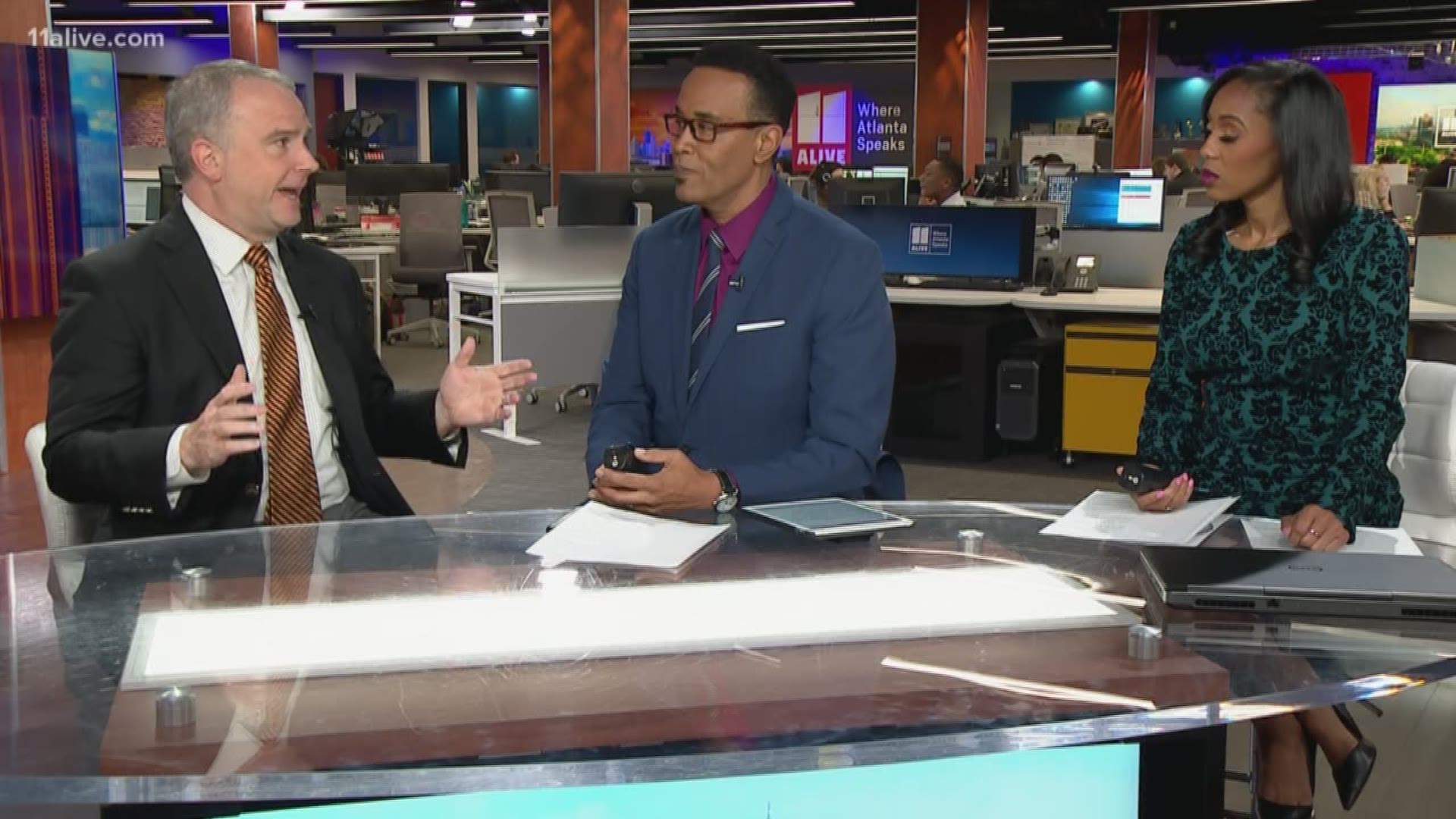 ATLANTA — With the announcements this week that Rep. Doug Collins and Rev. Raphael Warnock would enter the Senate race for Johnny Isakson's old seat, it brought into focus again the somewhat complicated dueling Senate elections in Georgia this year.

Not all Senate races are created equal in this instance - the reason Georgia has two to begin with is because Isakson retired at the end of December due to ongoing health complications.

What that opens up is a second, special election for November, in addition to the regular Senate election Georgia was already set to have.

Here's how the two differ:

Republican Sen. David Perdue was elected back in 2014 and, as senators serve six-year terms, he is now up for re-election this year.

There will be a Democratic primary on May 19 - candidates for that race include former Columbus mayor Teresa Tomlinson, 2018 lieutenant governor candidate Sarah Riggs Amico and 2017 House candidate Jon Ossoff.

Whoever wins the Democratic primary will face off with Perdue on Election Day. Pretty simple.

The special election is actually also quite simple, if you just throw out everything you know about how a regular election works.

There is no Republican primary, and there is no Democratic primary. All the candidates running all run against each other, all at the same time.

It's one, big open field - a field that includes Republicans and Democrats alike, all thrown into one pot.

Under Georgia rules, after Isakson retired, Gov. Brian Kemp appointed his replacement to serve until the special election, which will occur with the rest of voting on Election Day in November (Tuesday, Nov. 3).

He appointed Sen. Kelly Loeffler, who will have to run to hold the seat against everyone else in a field that so far includes Rep. Doug Collins, a fellow Republican, and Ebenezer Baptist Church pastor Raphael Warnock, a Democrat.

Whoever wins gets to serve out the remaining two years of Isakson's six-year term, which he won back in 2016. But it doesn't necessarily end with a newly-elected Georgia senator on Election Day.

If no candidate clears a 50% majority on Nov. 3, a runoff between the top two will be held a few weeks later on Jan. 5 to determine who wins once and for all.

That's where the term "jungle primary" comes from - it's not an actual primary, but because there are so many candidates making it difficult for anyone to win outright on Election Day, it sort of winds up serving like a primary.

May 19: Democratic primary for the regular Senate election.

July 21: If no one candidate clears a 50% majority in the Democratic primary, there will be a runoff between the top two.

Voters will also be asked to decide between all the candidates running to serve the remaining two years of Johnny Isakson's term in the special election.