Among the many executive orders President Biden has signed since taking office, six are immigration related. It could impact Georgia from the courts to the farms. 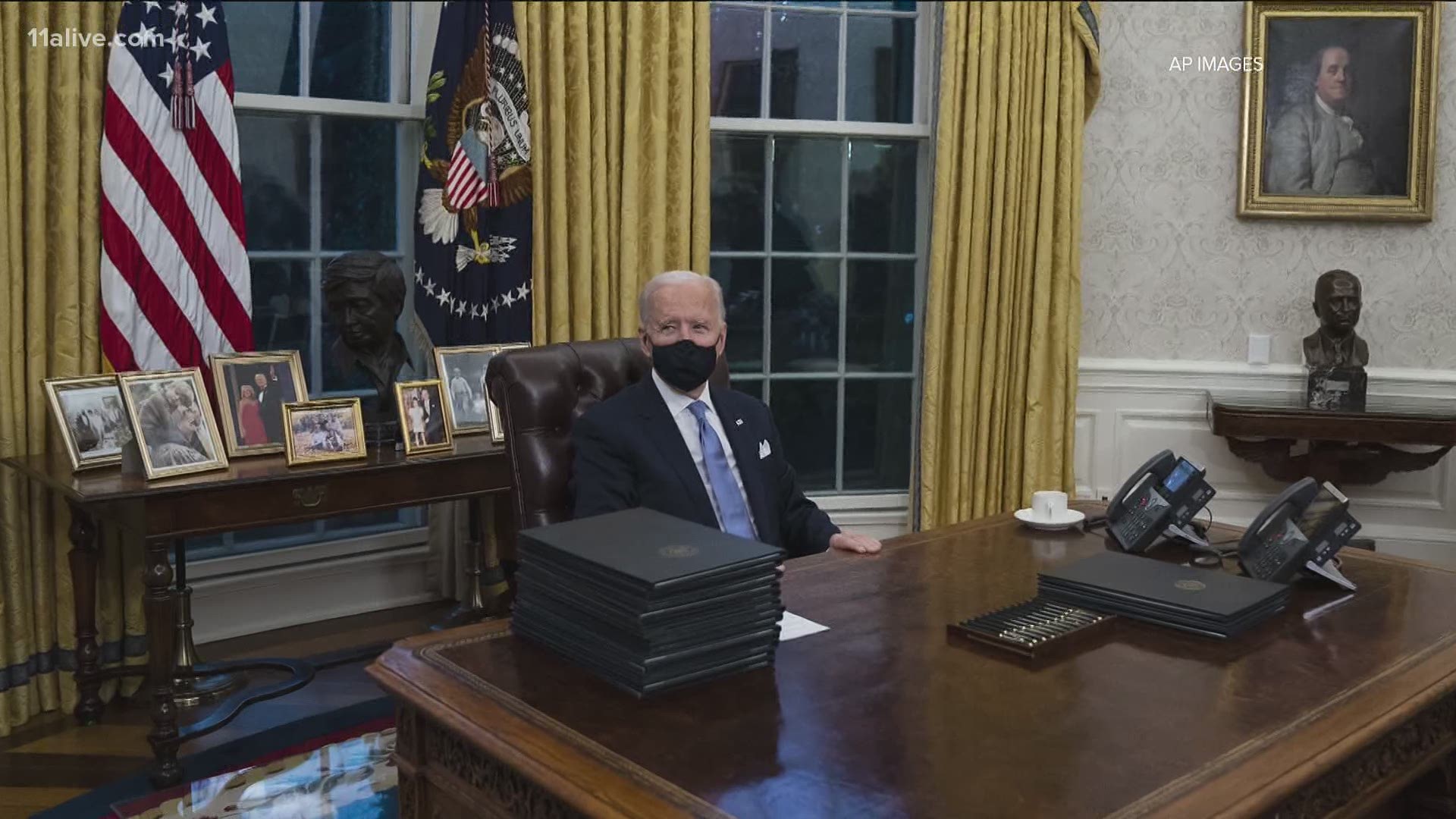 ATLANTA — Among the many executive orders President Joe Biden has signed since taking office, six are immigration-related.

Several of them are focusing on reversing immigration policies set in place by the Trump administration. Biden also sent a new immigration bill to congress.

For some immigrants living in Georgia, this is a step in the right direction.

"It's such a relief," said Yehimi Cambron. "It feels like I can breathe again. Like my community has a fighting chance."

Cambron is one of the 20,000 DACA recipients in Georgia, according to the American Immigration Council.

That's a number that could rise now after President Biden signed an executive order reinstating the Deferred Action for Childhood Arrivals, or DACA, program, which protects undocumented immigrants who came to the country as children, from deportation.

The former art teacher said it's not just the signed papers that make a difference, but so does the tone and wording used by the administration.

In addition, Biden proposed a bill that offers a pathway to citizenship for 11 million undocumented immigrants in the U.S.

If passed, those living in the U.S. without legal status could receive a green card in five years and an opportunity for citizenship three years after that.

Immigration advocates said this has been a long time coming.

"We were hoping that it happened," said Executive Director of the Latino Community Fund Gigi Pedraza. "We were also very cautious for our hearts not to break once again."

According to the American Immigration Council, in 2018, Georgia was home to more than 1.1 million immigrants.

"One of [Georgia's] top industries is agriculture, so particular consideration of farmworkers already present in the country and providing them with a path is going to impact hundreds if not thousands of families in South Georgia," added Pedraza.

The bill, whose lead sponsor is Democrat Senator Bob Menendez of New Jersey, would need 60 votes to make it through the senate. With Vice President Kamala Harris as a tie-breaker, Menendez said he would need to bring at least nine Republicans to agree with it.

"This is a team effort and calling on congress to adopt legislation that will provide a path to citizenship for over 700,000 ... it's pretty significant," said Pedraza.

The Department of Homeland Security also issued a memo Wednesday that set strict rules for arresting and deporting immigrants and imposed a 100-day pause on some deportations.

"It makes people more comfortable about calling the police, kind of like canceling 287(g) in Gwinnett and Cobb is big news," said immigration attorney Sarah Owings.

Owings, who provides immigration services in Atlanta, said this means we could start seeing changes in the court system.

According to her, the number of cases in immigration court in the beginning of the Trump administration compared to the end, more than tripled.

She said these numbers are not reflective of new people coming to Georgia since immigration into the country has been on a decline for years.

"But the fact that we're initiating these proceedings against folks here in our courts, it's also reflective of the fact that we have a large detained population, we have far more detention centers as this administration ends than we had at the beginning of it."