Georgia House Speaker David Ralston said he acted properly, but would appoint a committee to re-examine the legislative leave law. 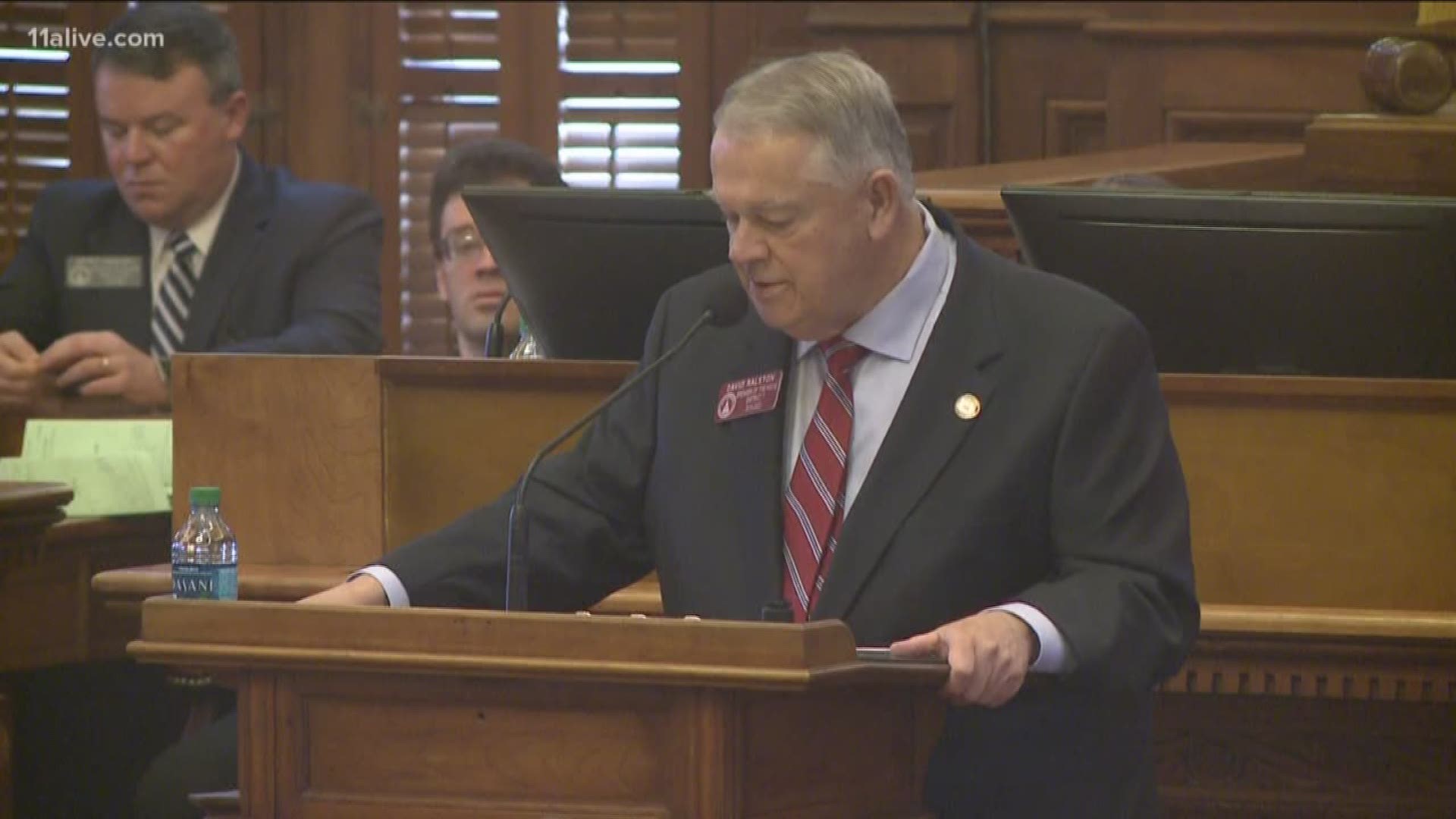 ATLANTA — Monday, Georgia House Speaker David Ralston (R-Blue Ridge) rejected calls for his resignation from some of his fellow Republicans. Ralston said he acted properly when postponing hundreds of court dates in criminal cases, using a law allowing him to cite his legislative duties.

When he’s not presiding over the state House of Representatives, Ralston is a criminal defense attorney in the north Georgia mountains. In Gilmer County alone, records obtained by 11Alive showed Ralston requested 202 postponements for court appearances in the cases of 19 criminal defendants, each time citing a Georgia law allowing him to say his duties in the legislature took precedence.

Critics say the delays have created unacceptable hardships for the alleged victims in the cases.

"I am an advocate for justice. I can’t imagine what many of these victims probably feel with justice not being served," said state Rep. Colton Moore (R-Trenton).

When 11Alive checked court records in Gilmer County, the cases ranged from assaulting a police officer to child enticement. In the case of Derek Key, charged 10 years ago with enticing a child and furnishing obscene material to a minor, Ralston requested 34 postponements for calendar calls, plea hearings and jury trials while Key has been out of jail on bond.

Key is currently scheduled to go to trial in June. Ralston said Monday he would not postpone trials scheduled for June.

House Resolution 328, introduced by some members of Ralston’s own party, accuse Ralston of “abuse of power” which “prevented access to justice for crime victims for 5-10 years” in courtroom delays “81.7 percent of which were granted for dates outside of the legislative session.” It encourages Ralston to “resign immediately” as House speaker.

"I asked the speaker to recuse himself of these cases, or resign as speaker and go take care of this justice for himself," Moore said Monday.

Ralston said he has heard from constituents who are troubled by the postponements.  "Their concern for the victims in these cases I believe is real," Ralston told members of the House during a speech from the well of the chamber.  He also told House members he would not resign.

But, he did say he would appoint a committee to re-examine the legislative leave law, and that he would not accept any new clients until four of his higher-profile cases concluded – including the Derek Key case.

"No action I have taken has been illegal, wrong, unethical or immoral," Ralston said.

One Republican who signed the resolution, state Rep. Scot Turner (R-Holly Springs), said Ralston "deserves credit for recognizing the problems his use of legislative leave have created." Turner went on to say in a text message "there remains a lack of recognition that his actions have caused people harm."

History shows that Georgia House speakers are next to impossible to dislodge from their posts unless they leave voluntarily or their political party loses power in an election.