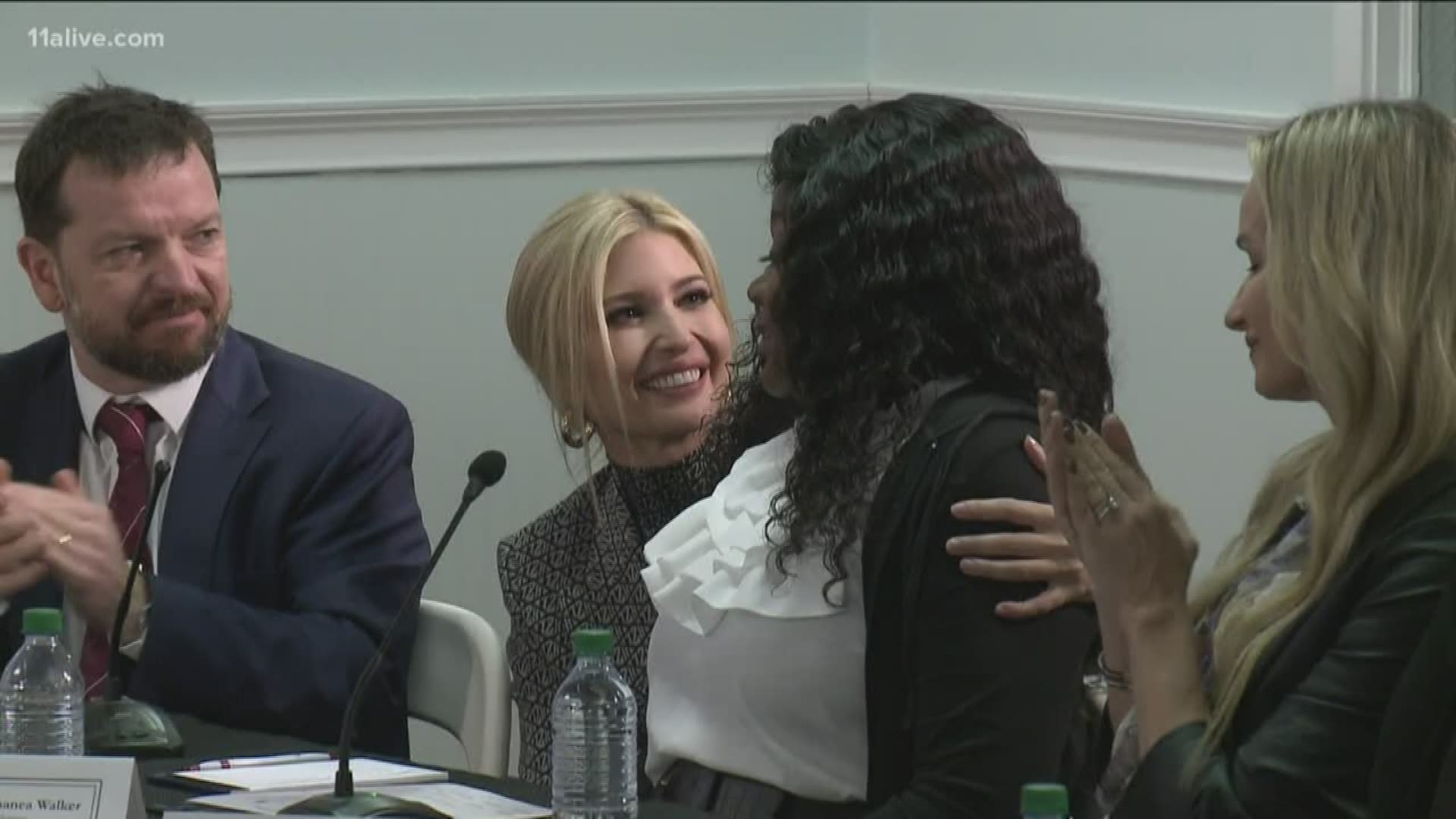 The stories described an underworld Gov. Kemp admitted was unfamiliar to him until he and the First Lady made a cause of abolishing human trafficking – mimicking a similar effort at the White House.

"We are working with bipartisan members of Congress – that can occasionally happen – to join forces and address this issue. With all of the levers that are available to us," Ms. Trump told those gathered.

They heard sometimes halting stories, some from women who said they didn’t even realize they were victims of abuse.

"I became a stripper at eighteen, and then by the time I was nineteen years old, I was working in a massage parlor for my best friend’s mom. And she sold me for the first time for sex. And so for me, life was - that was my normal. I didn’t know any different. I didn’t know any better," Trish said.

She added that she was "rescued" by a client - only to be trafficked by that man as well.  She called her arrest in March 2016 "my freedom day."

"I'm blown away by the courage," Ms. Trump said before leaving.