Ivanka Trump in Atlanta today as part of anti-trafficking efforts

The president's daughter and advisor met with public officials and trafficking survivors. 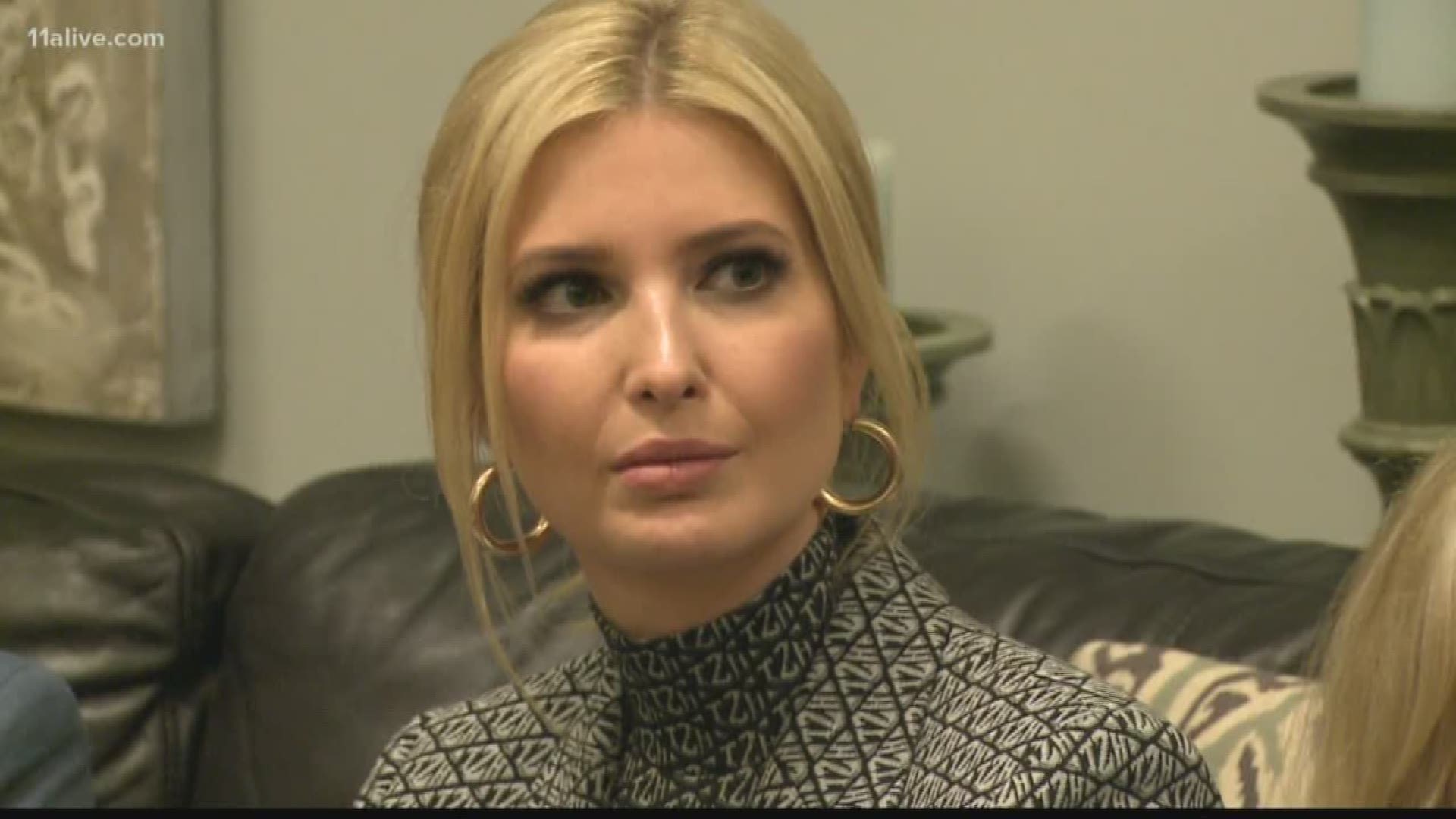 Trump was slated to meet with officials, including Gov. Brian Kemp and Sen. Kelly Loeffler, at a roundtable on combating trafficking in the morning.

Georgia First Lady Marty Kemp, whose GRACE Commission has been tasked with tackling the issue in the state, will also be there.

Trafficking has been especially troublesome in Georgia, which has been identified as one of the states with the most trafficking cases.

11Alive's Hope Ford reported Monday on a new study that will reveal the scope of how illicit massage parlors facilitate trafficking around Atlanta.

Camila Zolfaghari, the CEO of Street Grace, an Atlanta-based organization working to prevent human trafficking, met with Gov. Kemp on Monday at the Capitol.

"Every day, innocent children are bought and sold in Georgia. Under the leadership of @GAFirstLady and the GRACE Commission, we are working to change that," Gov. Kemp tweeted on Monday night, ahead of Trump's visit.