They are making a couple of stops in the peach state on the first day of early voting. 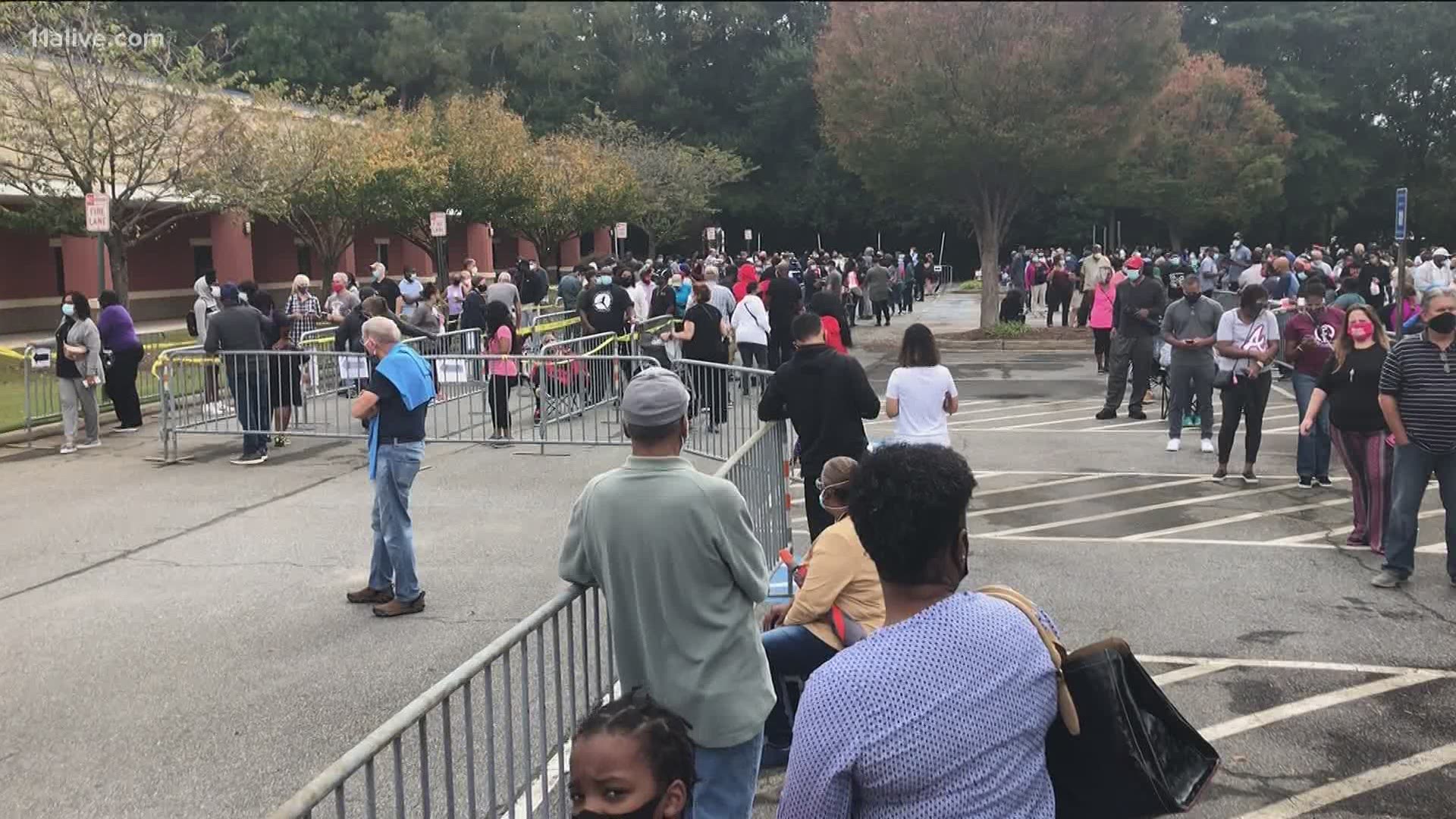 ATLANTA — Monday marks the beginning of early voting in Georgia.  As the campaign trail heats up, Georgia has become a battleground state in the race for President.

Biden was in DeKalb County at 1:00 p.m. for an early voting rally with Stacey Abrams. Biden will also make a stop in Columbus, GA at 3:00 p.m. to meet with members of the military and veteran families, the campaign said.

Hear her full speech below.

Donald Trump Jr. was in Savannah for an event at 1:00 p.m. at the Forest City Gun Club.   Then he will stop in Kennesaw for another “Make America Great Again” event at 6:00 p.m. at the Governor’s Gun Club.

Ivanka Trump will also campaign in the peach state this week.  According to the Trump campaign, she will travel to Acworth on Tuesday, October 13th to participate in a conversation with Senator David Perdue and local supporters.