The surgery was to relieve bleeding pressure on his brain. 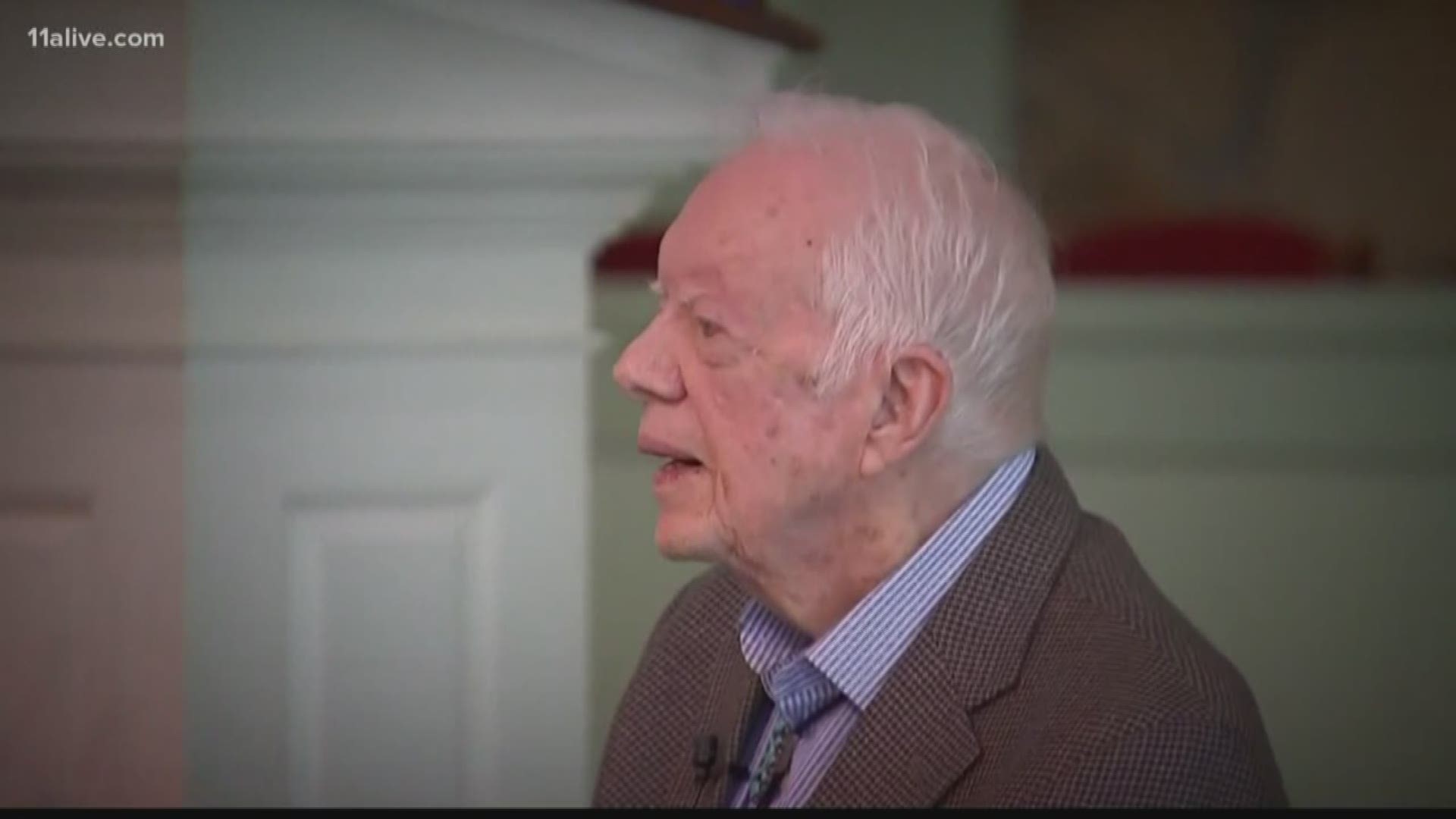 ATLANTA — A day after having brain surgery in Atlanta, a representative at the Carter Center says the former president is "up, walking around and is in good spirits."

Jimmy Carter is recovering at Emory University Hospital following a procedure Monday morning to relieve pressure on his brain due to bleeding related to a recent fall.

There were no complications from the surgery, and President Carter will remain in the hospital "as long as advisable for observation," the Carter Center said hours after the procedure on Monday.

"President and Mrs. Carter thank everyone for the many well-wishes they have received," a statement said.

It was unclear how long Carter might be hospitalized, his pastor, the Rev. Tony Lowden, told The Associated Press.

"If anybody can make it through this Jimmy Carter can. His will to serve is greater than his will to give up," Lowden said.

Thousands have taken to the 11Alive Facebook page to wish Jimmy Carter well when they learned he was admitted to the hospital in Atlanta.

Last month, Carter fell in his home and suffered a minor pelvic fracture. For that injury, The Carter Center said he was admitted to the Phoebe Sumter Medical Center and was later released.

In another incident before that injury, also in October, the former president fell, leaving him with a black eye and 14 stitches. However, that didn't slow him down. The next day, Carter and his wife were in Nashville leading hundreds of volunteers in a Habitat for Humanity build.

Prior to that, in May, Carter had surgery for another broken hip. A spokesperson said he was leaving his home in Plains, Georgia, to go turkey hunting when he fell.

Jimmy Carter through the years