The Democratic nominee for president is making his first trip to Georgia today. 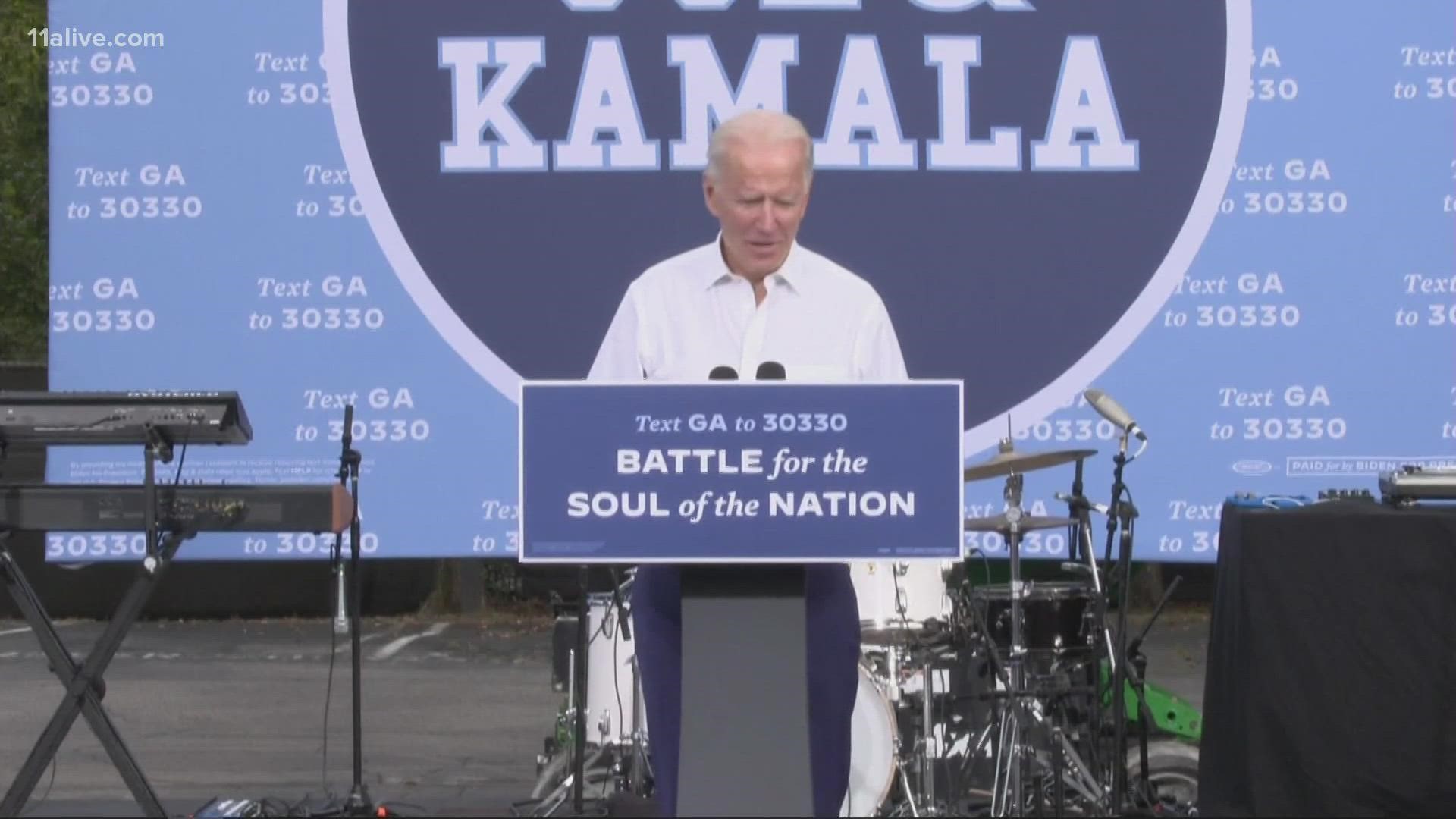 ATLANTA — One week out from Election Day, former Vice President Joe Biden visited Georgia for the first time of the campaign today to make his pitch to Peach State voters.

The visit will, remarkably, was the first to Georgia by a Democratic nominee for president in 24 years - Bill Clinton's in 1996 being the last.

It came on the heels of a visit just four days ago by Biden's running mate, Sen. Kamala Harris, and a day after his wife Dr. Jill Biden visited the state for the second time in recent weeks.

It underscores the increasingly competitive political balance in Georgia, where Democrats are eyeing a shot to flip the state's electoral college votes and two Senate races, while Republicans are working to keep hold of a long-reliable conservative stronghold.

President Trump, Vice President Mike Pence, and other top Trump campaign surrogates have also frequented Georgia. The Trump campaign said in a statement the Democratic campaign had been "ignoring Georgia for months" and that a "last-minute visit from Biden won't make a dent in the advantage we've built."

Here's what we know about Biden's visit Tuesday:

11Alive will stream all of these events on 11Alive.com and on our YouTube channel.