'There's no better person we have to represent our state in the Capitol than John Lewis.' 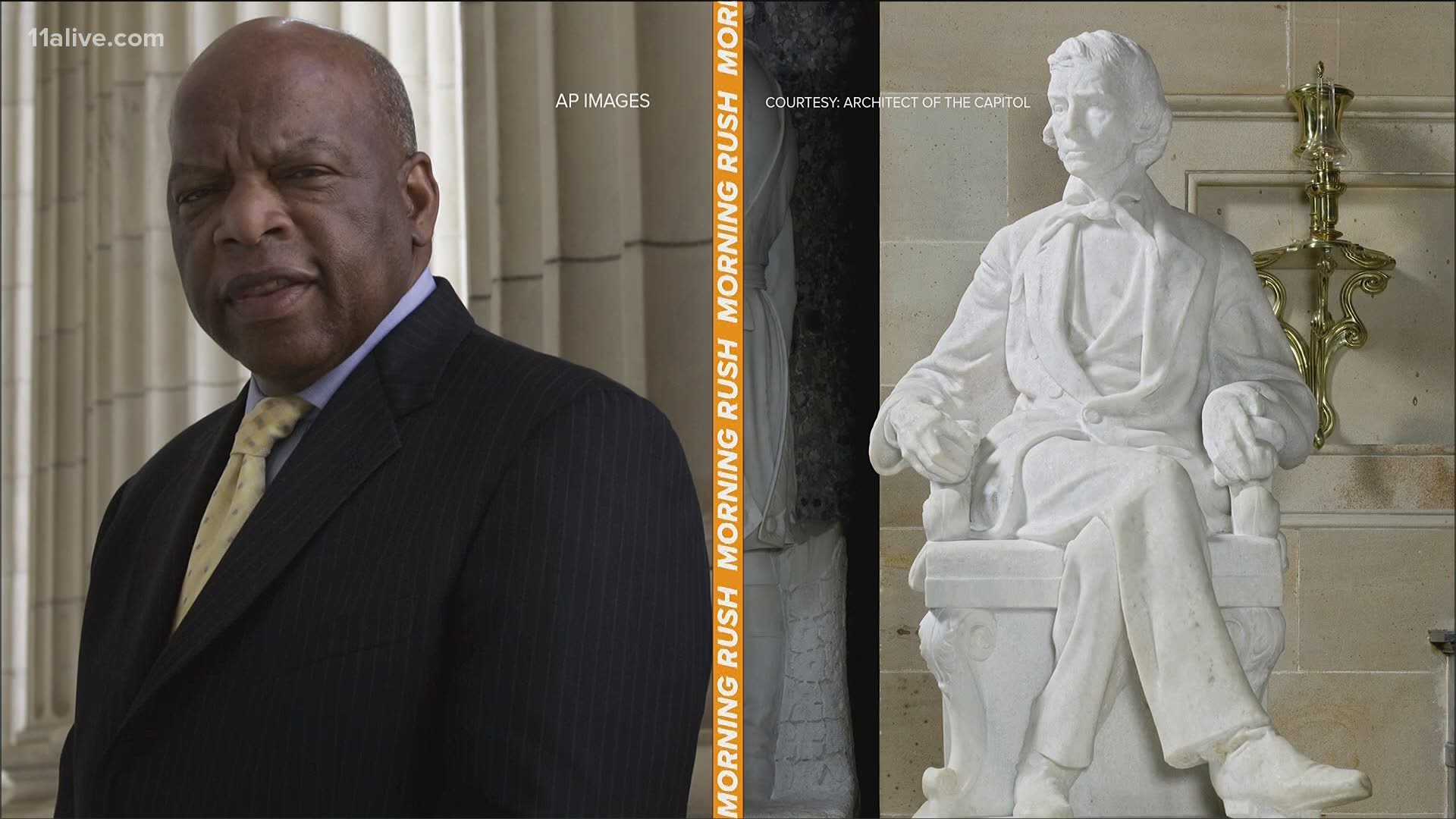 ATLANTA — The bipartisan pair of congressmen spearheading the effort to replace Georgia's contribution to the National Statuary Hall at the U.S. Capitol with a statue of John Lewis say it has far more to do with him than who he would replace.

Lewis, Rep. Sanford Bishop said on a press call Wednesday, was someone who "inspired millions of people across Georgia, America and the world."

"There's no better person we have to represent our state in the Capitol than John Lewis," he said.

Georgia's current contribution to the hall is Alexander Hamilton Stephens, a 19th-century former governor of the state and the vice president of the Confederacy.

While a growing movement has called for the removal of Confederate statues around the country, Republican Rep. Tom Graves said that states will, from time to time, change out their representation in the hall. The Stephens statue has remained there for nearly 100 years (it was placed there in 1927) and, he said, it's time to honor modern legacies.

"As we go through time in our country and state we have great leaders, and I refer to John Lewis as one of those giants that we stand on the shoulders of, who are part of positive change and have a positive impact on lives, not only in our state but in the country only," he said. "It's fitting that you recognize that, it's okay."

Sanford, a Democrat and Graves sent letters to Gov. Brian Kemp, Lt. Gov. Geoff Duncan and Georgia House Speaker David Ralston on July 30, on behalf of a majority of the members of Georgia's Congressional delegation asking for the Georgia General Assembly to consider making the change.

"There is no Georgian more worthy of this great honor than John Lewis, who symbolizes for us not only what Georgia once was but what it can and should be," the letter states.

It was not signed by Reps. Buddy Carter, Doug Collins, Jody Hice, Barry Loudermilk or Sen. Kelly Loeffler, though both Bishop and Graves framed that as a matter of their colleagues feeling it should be left to the General Assembly to decide.

Kemp, Duncan and Ralston, all Republicans, have expressed their support. Bishop said the cause also had the support of a prominent Stephens descendant, Athens-Clarke County Superior Court Judge Lawton E. Stephens, as well as other descendants in the Stephens family.

They said they sent the letter now so that it can get on the General Assembly agenda now being crafted for the next legislative session. The state must supply the statue to the Capitol in Washington, D.C., meaning it will require appropriating funds, finding a sculptor, settling on a design and other elements to see to completion.

Bishop, who has served the 6th District since 1993 and with the passing of Lewis becomes the Georgia delegation's most senior member, said what they want is to celebrate Lewis' extraordinary life.

"I've known Congressman Lewis for over 52 years," Bishop said. "It's really, really bittersweet as we celebrate his life, we will miss him so much, but his contributions - he's done so much, for so many, for so long, that this is just an honor that begs to be given to Rep. Lewis for posterity."