What is the John Lewis Voting Rights Advancement Act?

The act would serve to restore oversight procedures over state voting law changes. 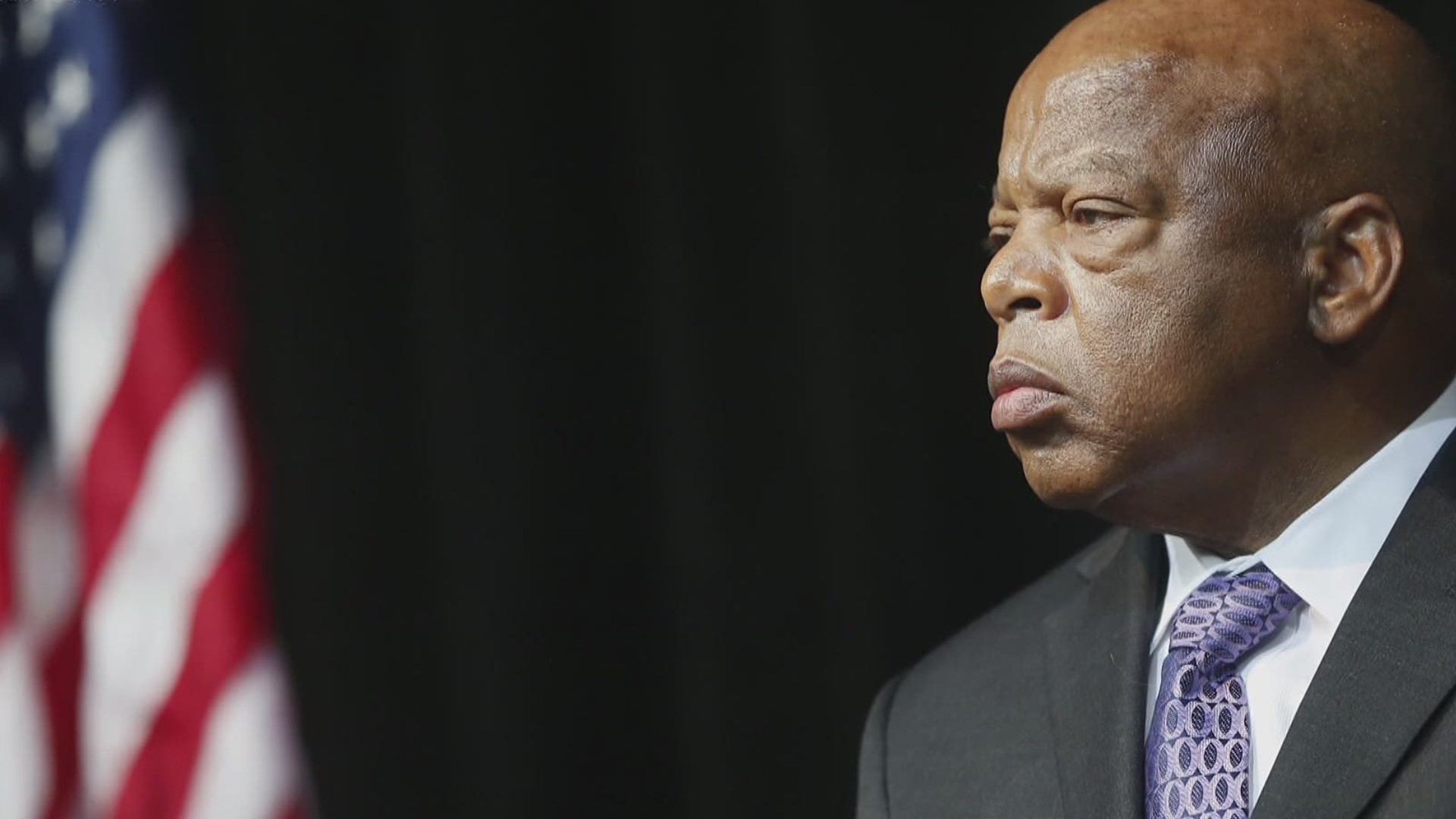 ATLANTA — Around Atlanta and the nation today, people are stopping to remember Civil Rights hero and congressional icon John Lewis on the one-year anniversary since his death at 80 years old.

Many Democrats are also using the occasion to press for the voting rights legislation that has been put forth in his name, the John Lewis Voting Rights Advancement Act.

"The right to vote remains under attack in states across our nation. And the best way to honor Congressman Lewis's legacy is to carry on the fight - by passing the John Lewis Voting Rights Advancement Act as well as the For the People Act, and by helping eligible voters no matter where they live get registered and vote, and have their vote counted," Vice President Kamala Harris said in a statement.

RELATED: One year on from his death, John Lewis remembered as hero who 'fought tirelessly for our country's highest ideals'

The bill named for Lewis is, it should be noted, different than the larger voting bill, H.R. 1 (also called the For The People Act) over which currently there is much congressional wrangling.

While that law would institute a very broad range of voting protections and policies, the bill named for Lewis is a bit more simple in its scope.

As outlined by Vermont Sen. Patrick Leahy, the Democrat who introduced the bill last year, the John Lewis Voting Rights Advancement Act would be targeted at restoring federal oversight over state voting law changes that were removed by the Supreme Court nearly a decade ago.

That oversight was provided for in the original Voting Rights Act of 1965 of jurisdictions - many of them Southern states - who had systematically tried to deny Black people the ability to exercise their right to vote.

In 2013, however, the Supreme Court ruling in Shelby v. Holder nullified the formula used in the original Voting Rights Act to determine which jurisdictions would be subject to the oversight. The Court in that case basically ruled the formula had become outdated and was thus unconstitutional.

The John Lewis Voting Rights Advancement Act would restore that oversight by applying a blanket formula to all states. Sen. Leahy's fact sheet says it "creates a new coverage formula that applies to all states and hinges on a finding of repeated voting rights violations in the preceding 25 years."

"Significantly, the 25-year period 'rolls,' or continuously moves, to keep up with 'current conditions,' so that only states that have a recent record of racial discrimination in voting are covered," the fact sheet explains. "States that have repeated and persistent violations will be covered for a period of 10 years, but if they establish a clean record moving forward, they can come out of coverage."

The fact sheet further explains that the review process would focus on specific measures, "such as voter ID law or the reduction of multilingual voting materials" that have "historically been found to have the greatest discriminatory impact."

The bill was originally passed in the House in 2019, but no action was ever taken on it in the Senate, and last year Leahy reintroduced it with a new name to honor Lewis after the congressman's death.

As of the one-year anniversary of Lewis' death, the John Lewis Voting Rights Advancement Act has not yet been reintroduced during the 117th Congress which started at the beginning of this year.