He lost against Republican Rep. Karen Handel in the hotly-contested District 6 race in 2017 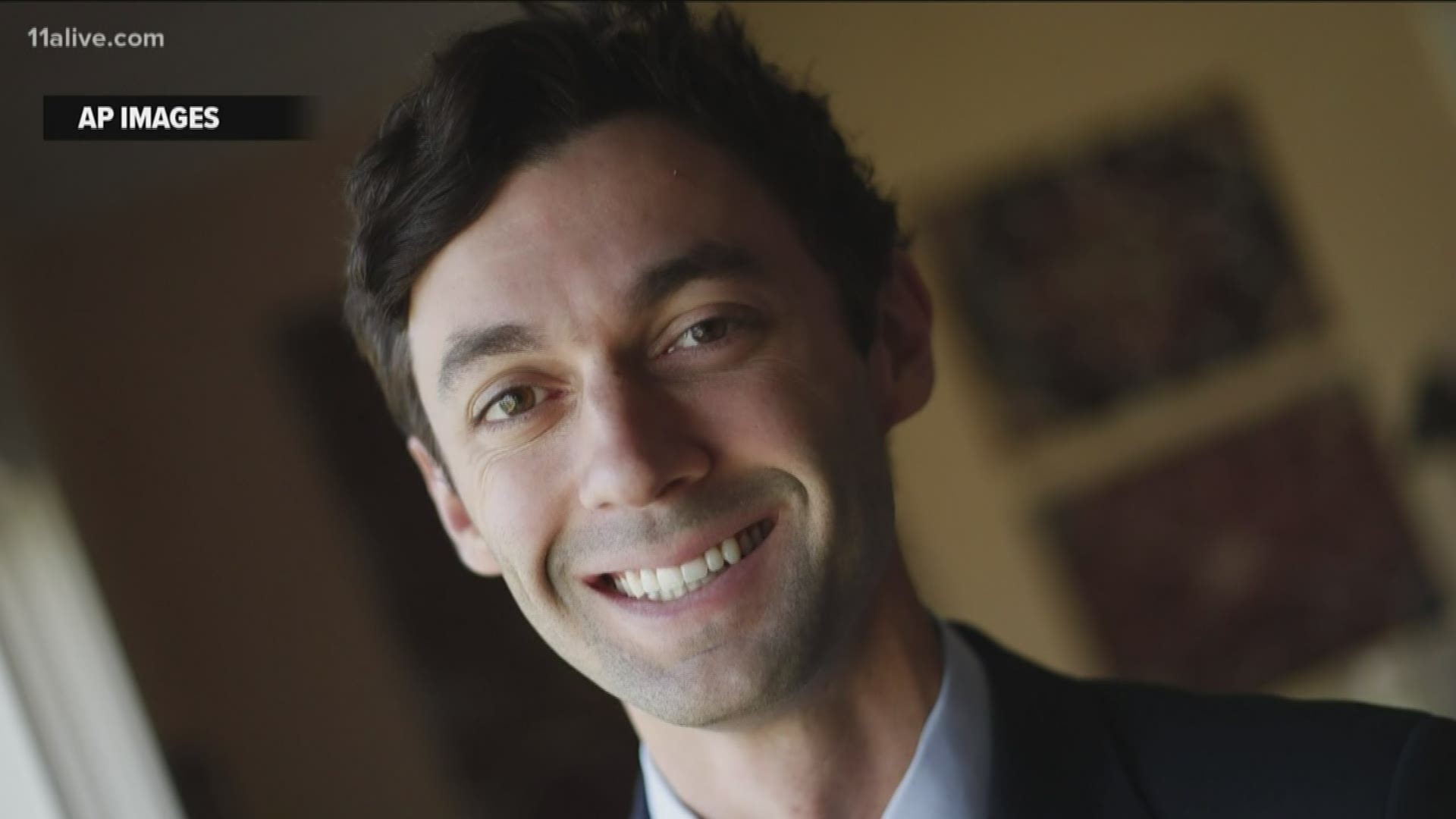 ATLANTA — Sen. David Perdue will have some more competition when he’s up for re-election in 2020. And it’s a familiar face.

Jon Ossoff, who lost against Republican Rep. Karen Handel in the hotly-contested District 6 race in 2017, announced he’s running for Senator.

He joins Ted Terry, the the mayor of the DeKalb County city of Clarkston, and former Columbus Mayor Teresa Tomlinson.

Along with Perdue's seat, there will be another vacancy left by Isakson, who announced he’s retiring at the end of the year. They both figure to garner national attention.

"With now two Senate seats up for election in 2020, it has never been clearer that the path for Democratic victory runs through Georgia," the state Democratic party said in a statement last month. "We are the battleground state, and Georgia Democrats are ready to fight and deliver both the Senate and the presidency for Democrats across the country in 2020.”

Federal Election Commission financial filings from late March show the Jon Ossoff For Congress campaign committee still had more than $400,000 in cash on hand. He also has the support of Civil Rights icon and Georgia Congressman John Lewis, who said he is "ready to work tirelessly to elect" Ossoff.

FEC filings show Perdue's campaign has $3,282,000 on hand. A spokeswoman for the incumbent told 11Alive he is running in 2020, but if re-elected, his second term would be his last in the U.S. Senate.

When Isakson announced his retirement, Ossoff issued this statement to 11Alive:

"Whoever decides to run, and whether or not I'm a candidate for any office, our goal should be to elect a Senator who has the decency to stand up for Georgians who need help, the skill to deliver resources like disaster relief to our state, and the integrity to uphold standards of conduct that we expect of our public servants."

Other potential candidates include Sarah Riggs Amico, who recently ran for Georgia Lieutenant Governor against Geoff Duncan. A spokeswoman for Amico said she is "strongly considering" announcing a Senate bid. There has also been speculation around Rev. Raphael Warnock of Ebenezer Baptist Church for years in local and national publications, about his potential interest in a Senate run.

The Republican party appeared to welcome the competition - in a statement to 11Alive the National Republican Senatorial Committee the group wrote "Democrats in Georiga are still without a top-tier U.S. Senate candidate," while taking shots at the current Democratic Senate candidates.

"The bitter and divisive Democratic primary welcomes another unaccomplished, far-left candidate," said NRSC spokesperson Nathan Brand. "Failed congressional candidate Jon Ossoff's serial resume inflation and extreme left-wing views will fit in with the rest of the crowded Democratic primary but will stand in sharp contrast to David Perdue's positive record of delivering results for all of Georgia."