Ossoff/Warnock talk change, the pandemic, and getting voters to get back to the polls

The two Senate candidates appeared at a rally in Cobb County on Sunday, strongly urging voters to show up in full force for the Jan. 5 runoffs. 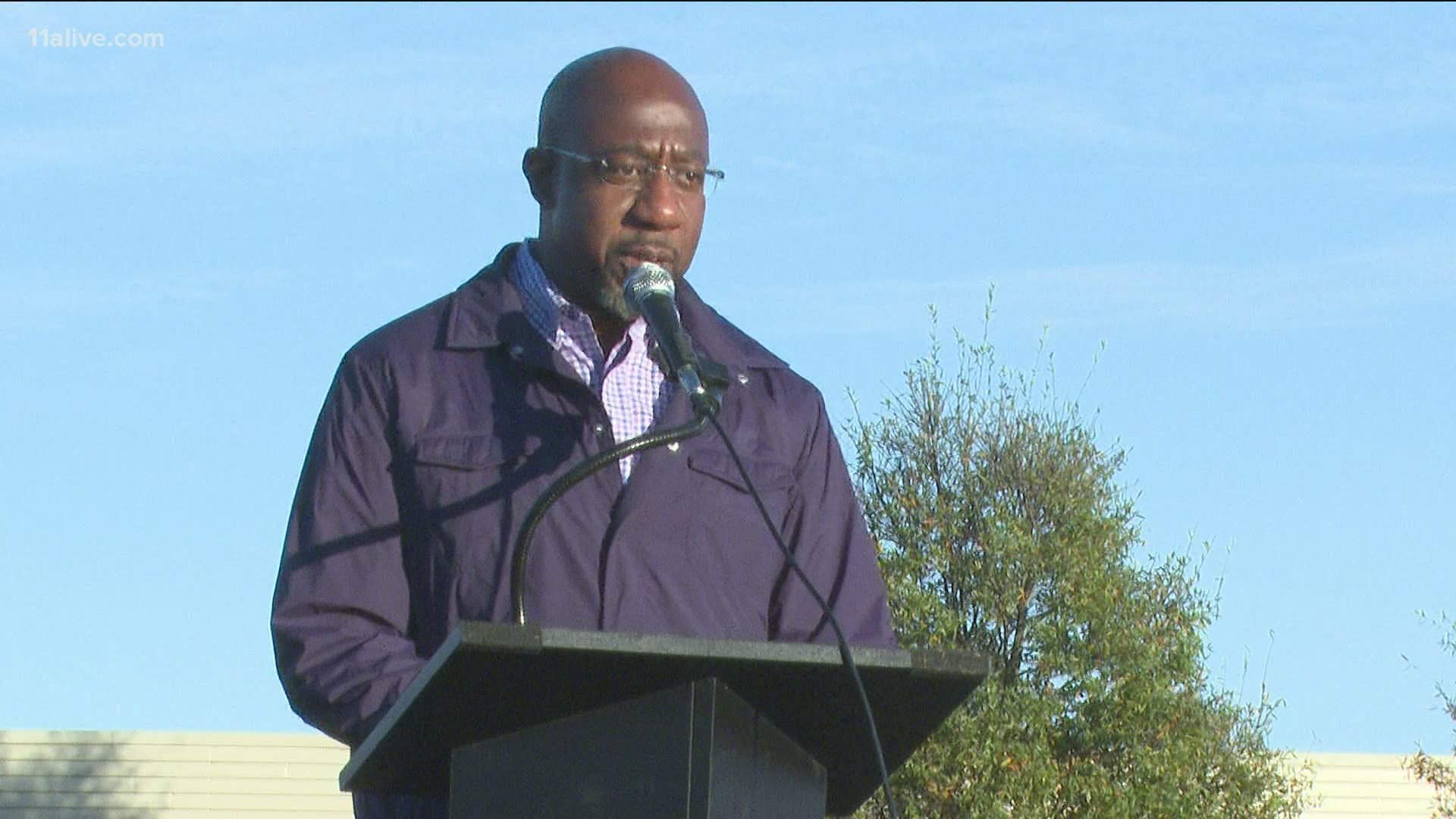 MARIETTA, Ga. — "Change is coming to Georgia," Jon Ossoff said to a crowd of about 150 people standing in the parking lot of the Cobb County Civic Center on Sunday.

Ossoff took the stage with Reverend Raphael Warnock to push Georgia voters to head back out on Jan. 5 to vote the two Democrats into office in the US Senate.

“Retirement is coming for Senator David Perdue," warned Ossoff, who used a good bit of his stage time to call out his opponent. Just before the rally, CNN reported Perdue declined to debate Ossoff before the runoff.

“Imagine being a sitting U.S. Senator, too much of a coward to debate your opponent in public," Ossoff declared.

As he moved on from the topic of Perdue, Ossoff focused on the economy, social justice, Roe v. Wade and the pandemic.

“Human health is a human right," Ossoff said to cheers from the masked crowd. "In a public health emergency, we should be guided by public health experts that know what they’re doing and not politicians who don’t."

When Warnock took the stage, he had a playful tone, calling Ossoff his "brother from another mother" and briefly poking fun at himself.

“It’s Sunday…and they put a preacher in front of a microphone," Warnock said, before adding in a more serious tone, "We have important moral work to do."

LGBTQ rights, raising the minimum wage, and healthcare were the main topics of Warnock's speech, but he took a moment to remind the crowd of his and Ossoff's backgrounds.

“Georgia is positioned to do a marvelous thing," he intoned. "Send a young, Jewish man - the son of immigrants who sat at the feat of Congressman John Lewis - and a kid who grew up in the pubic housing projects of Savannah, Georgia - the pastor of Martin Luther King Jr.’s Ebenezer Baptist Church - to the U.S. Senate at the same time. This is what American is about!”

Both Ossoff and Warnock have the same goal - and challenge - of getting voters back out on Jan. 5, a task that history would suggest is not in their favor.

“I ran into a young lady the other day who said, ‘wow, I’m so glad to meet you, I voted for you.’ I said, ‘thank you.” She had no idea she had to go back again," Warnock said as the crowd laughed.

"Don’t laugh, get to work," he responded.

The two know Senates runoff races tend to end with the incumbent winning. However, the two seemed unbothered by the idea and said this election is unlike any other. They expect the issues to drive people back out.

“We’re at a rather extraordinary moment, a once-in-a-century pandemic, an economic turndown that’s created pain in people’s lives," Warnock listed. "The people understand what’s at stake, and that’s why people showed up and made a change on November 3 and they'll show up again on January 5."

Ossoff agreed, adding “The reverend and I are both speaking about issues that affect people’s daily lives. Their health, their prosperity, at a moment of crisis.

"Georgia families are about to celebrate Thanksgiving, be unable to do so, surrounded by family," he continued. "We need to chart a course out of this mess.” 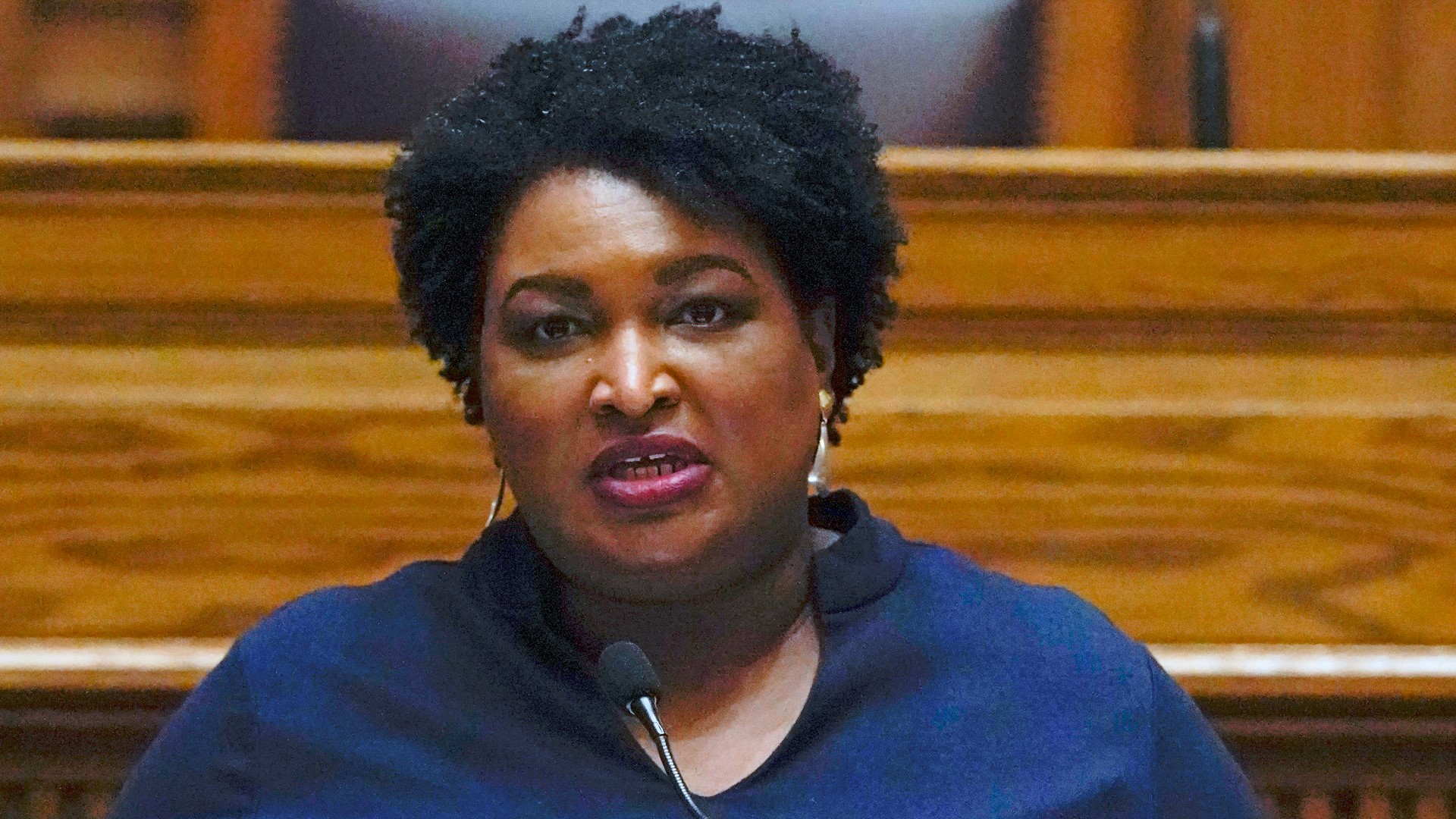