Details were not immediately available on what her visit will entail. 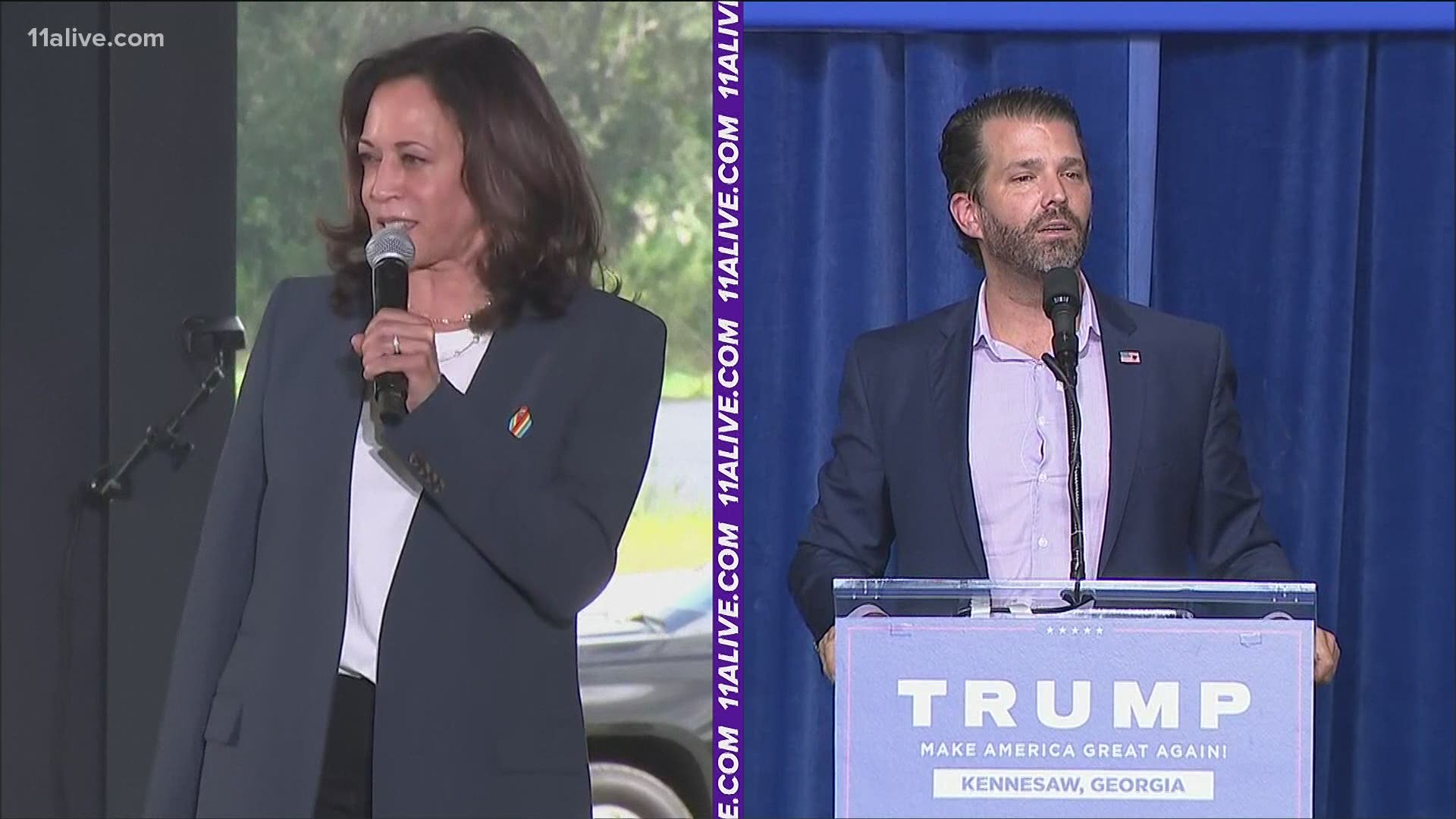 The campaign of former Vice President Joe Biden announced her upcoming visit on Wednesday morning, but did not provide additional details about what the visit might entail.

It will come in the wake of Georgia's senior Republican Sen. David Perdue drawing sharp criticism for his intentional mocking of Sen. Harris' name at a campaign rally for President Trump in Macon last weekend.

Representatives for Perdue, who, himself is embroiled in a hotly-contested race for re-election, said the senator "didn't mean anything by it."

Harris' visit will also follow on other recent high-profile visits to Georgia by the Biden campaign - including one by her husband, Douglas Emhoff, earlier this week.

The metro has been a hub of national political activity ahead of the November election, with frequent visits by President Trump's campaign in recent weeks as well, including from the president himself.

Vice President Mike Pence, Attorney General William Barr, the president's daughter Ivanka Trump and his son Donald Trump, Jr. are among those who have made visits, as well.

Georgia is increasingly seen as a battleground state this year, with Democrats eyeing a chance to flip its electoral votes for president as well as two competitive Senate races and Republicans working to keep a long-reliable conservative stronghold.