A strong push will be made at registering more voters, something Democrats were able to do in the past election. 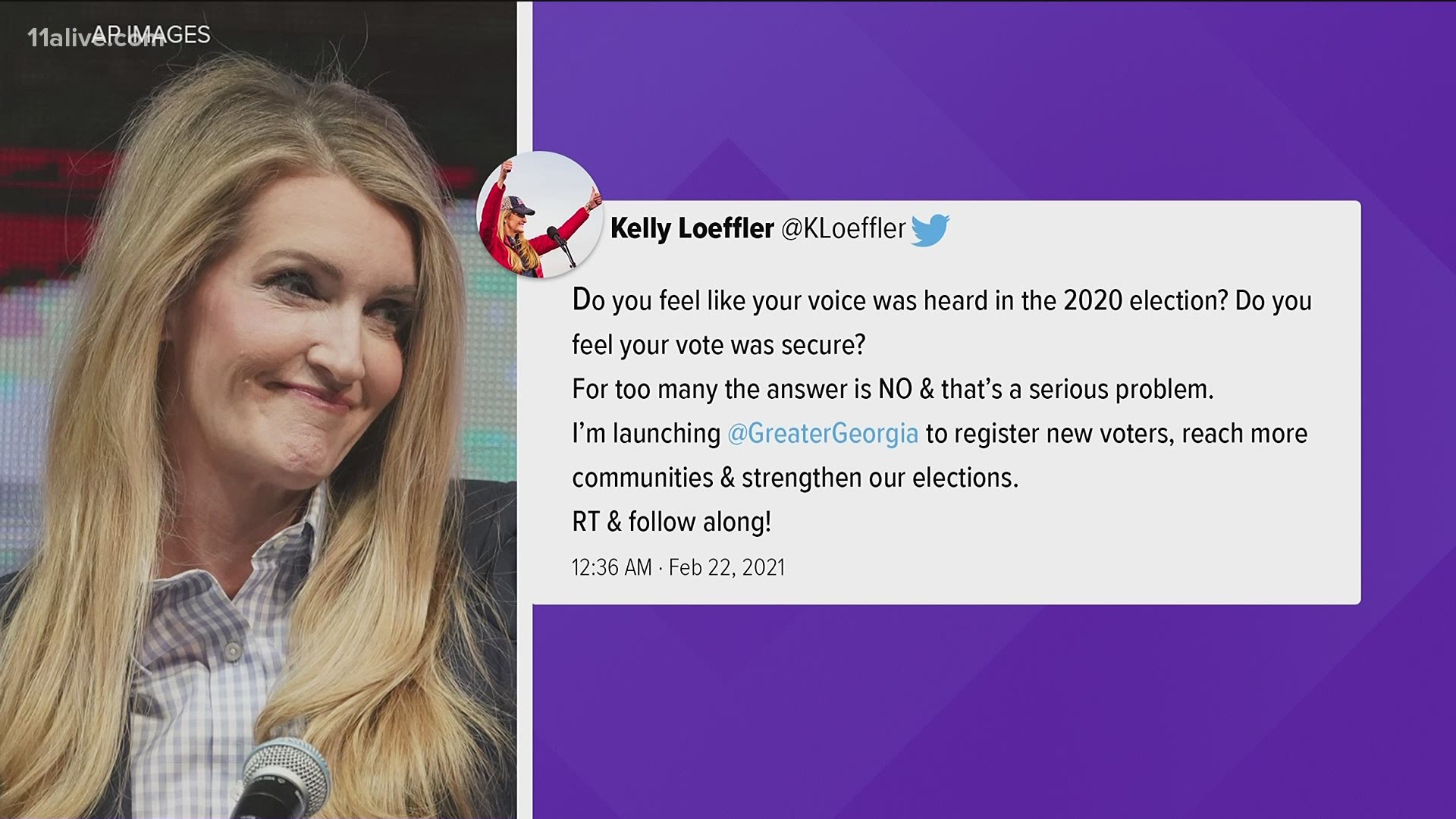 ATLANTA — Former Sen. Kelly Loeffler made her first public move since losing to Sen. Raphael Warnock in a January runoff.

The Republican said the organization will work to "register new voters, reach more communities and strengthen our elections."

Democrat Stacey Abrams' Fair Fight was created in 2018 following her loss in the gubernatorial election to current Gov. Brian Kemp.

They were credited with a massive push to get voters to the polls for the 2020 election - reportedly registering as many as 800,000 after its founding in 2018. The organization then helped register thousands more in November and December ahead of the January Senate runoffs.

On the Greater Georgia Twitter account, the very first Tweet, just after 1 p.m. says: "Our state is greater when everyone’s voice & everyone’s vote is heard. But in the 2020 elections, too many Georgians felt left out. Things. Must. Change."

It also includes a video message from Loeffler.

But in the 2020 elections, too many Georgians felt left out.

Things. Must. Change.@GreaterGeorgia will lead the charge to create that change.

"As a senator, I was a voice for those who felt like their voice wasn't being heard. But there is much more work to be done. We cannot leave behind the hard working Georgians who don't fully participate in our democracy," she said.

She said our country is "greater" when everyone's voice - and vote - is heard and went on to explain that many Republicans who voted in the November election did not vote in the January runoff.

"As a party we must do better at expanding our reach," she added.

A link to the Greater Georgia website takes users to a donation page.