The Georgia Republican made the request to Senate Judiciary Chairman Sen. Lindsay Graham. 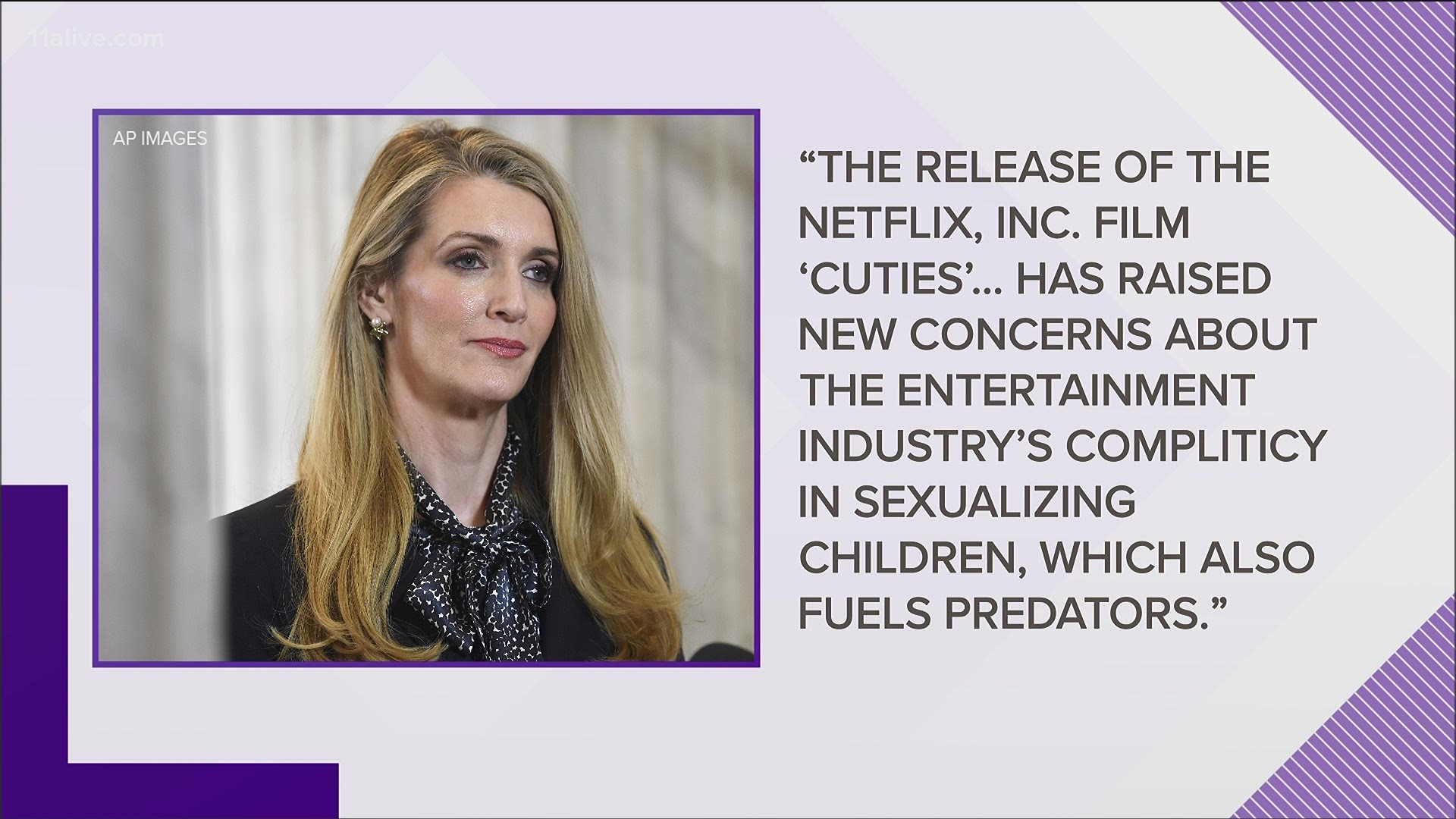 ATLANTA — In the wake of the backlash to Netflix's decision to release the film "Cuties," Sen. Kelly Loeffler has formally asked the Senate Judiciary Committee to conduct a hearing into the "increasing prevalence of child exploitation and trafficking."

The Georgia Republican wrote a letter to Sen. Lindsay Graham, the Judiciary chairman, requesting the hearing, and cited the "Cuties" controversy.

The Netflix production has been the focus of sharp scrutiny for what critics call the film's hypersexualization of young girls. The film's director Maïmouna Doucouré has defended "Cuties" as a critique of such hypersexualization imposed on girls by media and society.

Sen. Loeffler, in her letter to Graham, referenced the film's promotional poster, which first triggered the backlash. The film was released on Sept. 9, causing #CancelNetflix to trend and reports of users ending their subscriptions.

"With the film's release.. new questions and concerns have been raised over the content and imagery contained in the film, as well as the treatment of the child actresses during filming," Loeffler's letter says. "Despite its claimed purpose of being against the sexualization of children, the film includes extended dance scenes that some consider child pornography and many consider obscene."

Loeffler also references an April NBC News report on the rise in child exploitation imagery circulating online during the pandemic and the doubling of reports to the National Center for Missing and Exploited Children between March 2019 and 2020.

"These individuals are openly using well known social media platforms such as Twitter, Facebook, and Instagram to not only advertise and traffic in this content, but to prey on children as well," Loeffler writes. "To make matters worse, the reporting raises concerns that social media companies are not doing enough to prevent this exploitation from occurring on their platforms."

In calling for the hearing, the senator warns that, "Actions such as those of Netflix surrounding the film 'Cuties' underscore the normalization of a culture that hypersexualizes children, which no doubt contributes to the brazenness and appetites of those who traffic and consume exploitive materials."

Loeffler writes that she hopes the hearing will "determine what resources law enforcement agencies need to combat the scourge of child exploitation and trafficking."

Director Maïmouna Doucouré tells Netflix “Why I Made” that she wanted to do a story about how young girls deal with their self-image in the era of social media.

“Our girls see that the more a woman is overly sexualized on social media, the more she’s successful. And the children just imitate what they see, trying to achieve the same result without understanding the meaning, and yeah, it’s dangerous,” Doucouré said.

Netflix is standing on its decision to feature “Cuties” telling Variety that the film is a social commentary against sexualization of young children.

“It’s an award-winning film and a powerful story about the pressure young girls face on social media and from society more generally growing up — and we’d encourage anyone who cares about these important issues to watch the movie,” Netflix said in a statement to Variety.