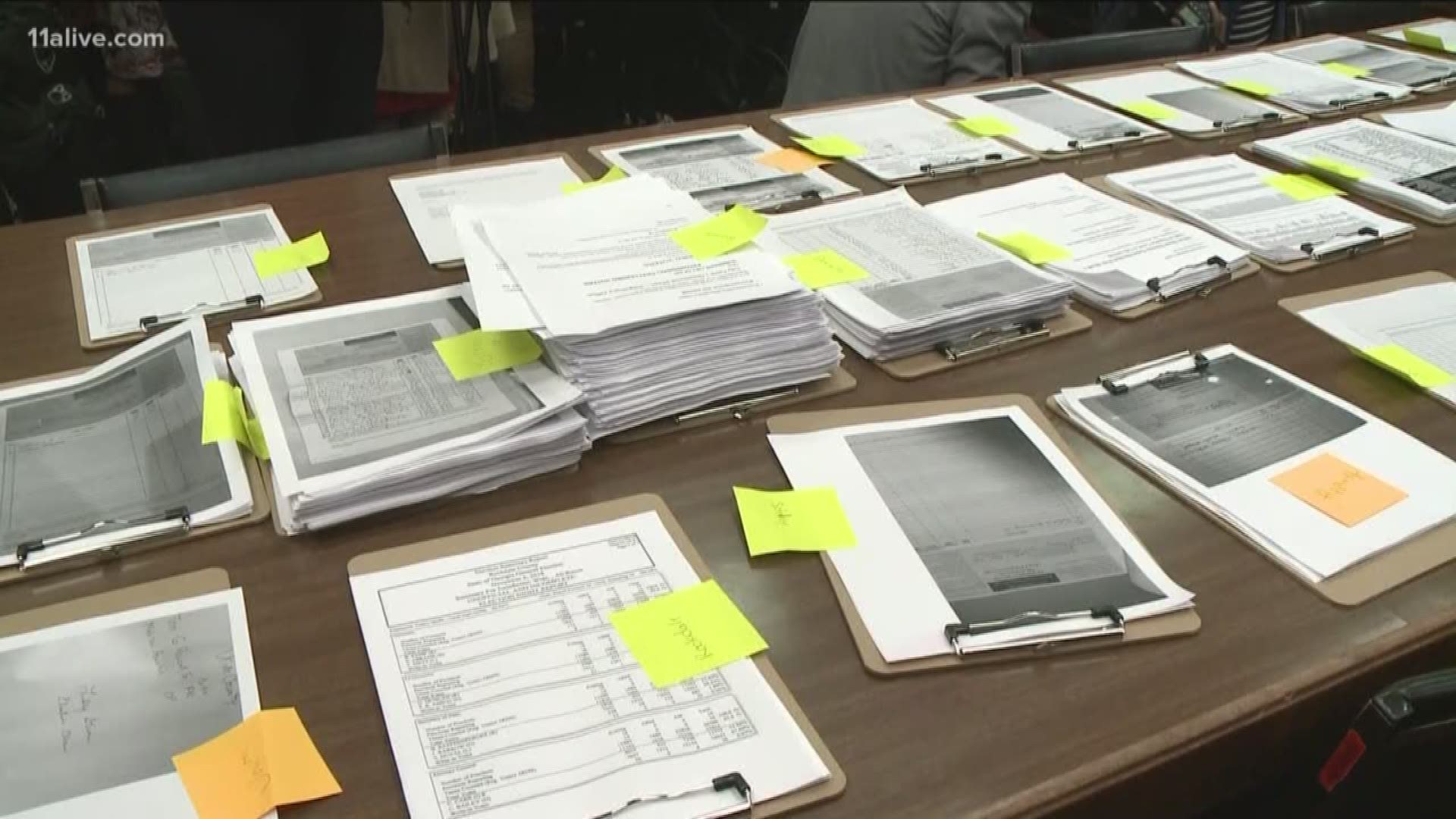 ATLANTA — In a 43-page ruling, a federal judge has issued a split decision, siding with both Stacey Abrams' and Brian Kemp's campaigns.

The case before the federal court judge significantly impacts election boards and ballots across the entire state of Georgia.

The Georgia Democratic Party filed the lawsuit on Sunday, which surrounds the counting of both absentee and provisional ballots in the race for governor.

U.S. District Judge Steve Jones heard arguments from both camps Tuesday. It was expected Jones would publish an order in the case by noon Wednesday, but Jones' staff said he was still reviewing the case as of Wednesday evening.

In the Tuesday court hearing, attorneys for the Democratic Party and Stacey Abrams' campaign made two primary requests. The first is connected to another ruling which only impacted Gwinnett County.

On Tuesday morning U.S. District Judge Leigh Martin May ruled the Gwinnett County Board of Elections would have to count all absentee ballots that had been previously rejected because they were missing or had incorrectly placed the year of the voter's birth on the form.

May also stopped Gwinnett County from certifying its election results until the ballots in question were counted.

In court on Tuesday, Abrams' campaign asked Jones to apply the Gwinnett County order to Georgia's 158 other counties, to make sure election results are uniform across the state.

Jones sided with Abrams' campaign on that point, ruling that the state must count provisional ballots with clerical errors in the total vote count.

The second request made of Jones was to have him order election boards to accept out-of-county ballots from voters who voted in the wrong county and filled out a provisional ballot.

The Abrams' campaign only wanted to have statewide election items on those ballots counted, such as the governor's race.

Attorneys for the Georgia Republican Party argued accepting out-of-county ballots would create the opportunity for double votes or voter fraud. Jones ultimately agreed, ruling that those ballots cast outside a voter's home county did not need to be counted.

The Georgia Secretary of State's Office confirmed every county except Gwinnett certified results by the Tuesday deadline. Gwinnett was allowed to ignore the statewide deadline due to Judge Mays' order.

After the ruling, both candidates' camps claimed it to be a victory for them.

"Countless Georgians have had substantial roadblocks placed in their path as they sought to exercise their fundamental right to vote," Abrams' campaign manager said in a statement. "Now, the courts are doing what Brian Kemp’s Secretary of State office refused to – upholding and protecting Georgia’s rights and underlining the need for free and fair elections."

As for the ruling that out-of-county ballots would not count, Abrams' campaign said "the court was unable to grant relief to thousands of voters who were forced to cast provisional ballots," and blamed "shoddy record keeping" by Kemp.

Kemp's team, meanwhile, said the judge "rejected efforts by Stacey Abrams and her radical allies to undermine the democratic process and rule of law in Georgia" and "slammed the door on attempts to count illegal votes."

The statement concluded: "This ruling solidifies Brian Kemp's insurmountable lead. The election is over and Brian Kemp is the Governor-elect. It's time for Abrams to concede and join our efforts to keep Georgia moving in the right direction."