Brian Kemp and Casey Cagle face each other in the GOP runoff for governor next week. 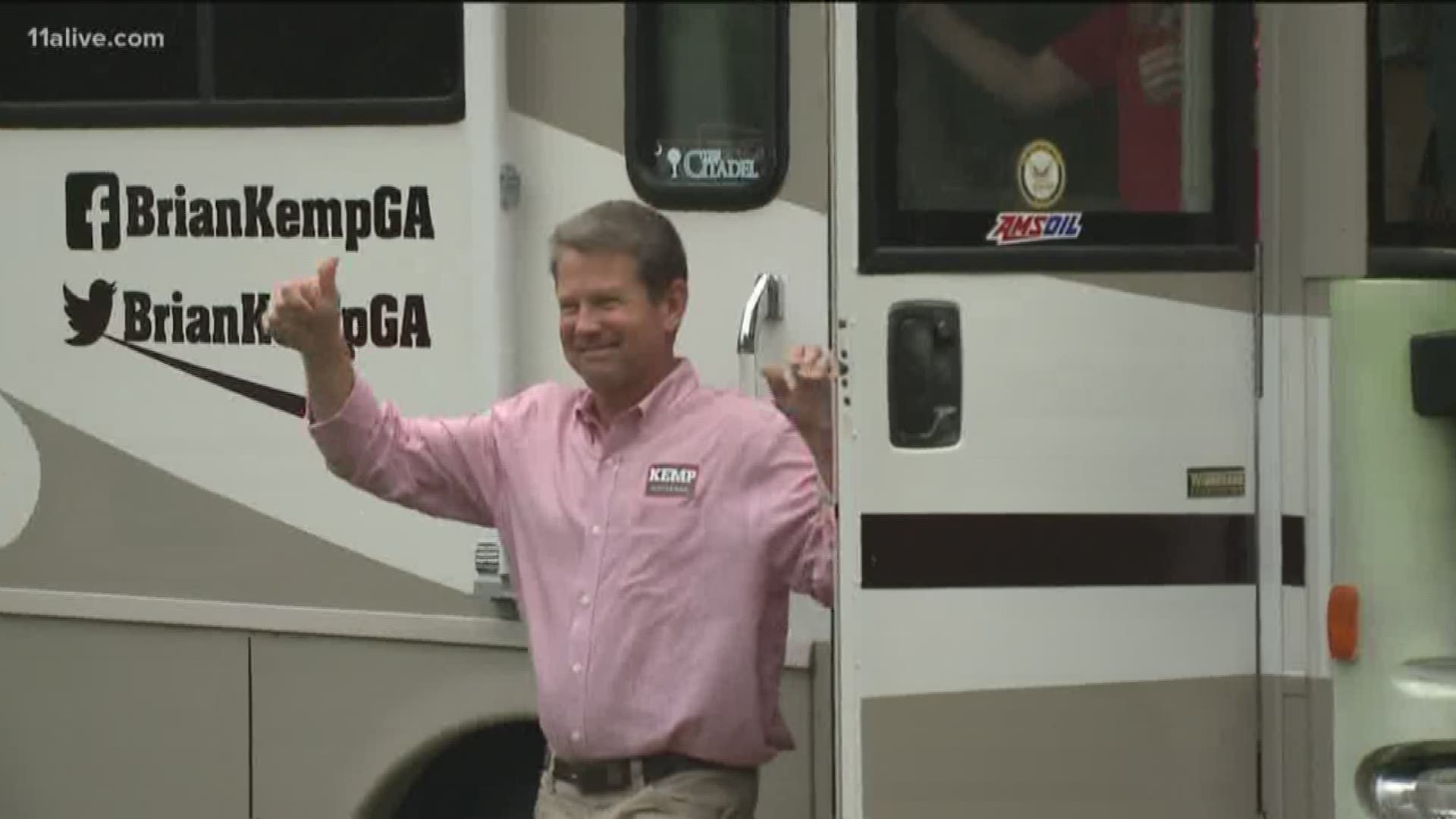 ATHENS, Ga. -- Secretary of State Brian Kemp picked up the endorsement this week of one of Georgia's most famous families in his quest to become the GOP nominee in the nation's most watched governor's race.

Kemp was endorsed by the family of legendary UGA football coach Vince Dooley. He is also being endorsed Wednesday by Clay Tippins, whose secret recordings of conversations between him and Lt. Gov. Casey Cagle has played a major role in the runoff.

The endorsements come in the wake of Gov. Nathan Deal's endorsement of Cagle earlier this week.

Recent polls show the runoff between Cagle and Kemp to be neck and neck, with voters going to the polls next Tuesday to determine which Republican will face Democrat Stacey Abrams this fall.

The race already has gained national attention because of Abrams, who is seeking to become the nation's first African-American female governor in history.

Full coverage of the governor's race on 11Alive.com

"Career politician Casey Cagle is collapsing in the polls and [Gov. Deal's] endorsement is a last minute attempt to distract voters from the secret recording where Cagle insults conservatives and confesses to trading votes for campaign cash," Kemp said. "I respect Gov. Deal. He built on the success of governor Perdue and I will continue that progress as Georgia’s next governor.

"Until then, I will work around the clock to earn votes from hardworking Georgians who will ultimately decide the winner of the Republican primary run-off."

Gov. Nathan Deal, who will leave office as one of the most popular governors in Georgia history, today endorsed Casey Cagle, saying the successes of the last eight years would not have been possible without Cagle's partnership and leadership.

"In order to get those major changes through the General Assembly, I had two partners," Gov. Deal said. "Because he has had a part in making these reforms happen, I think he is the best one to continue this tradition. My concern is let’s not undo or transform in a negative fashion the good reforms that have been put in place. For that reason, I believe that Casey Cagle will be the best candidate for that position as the next governor of our state."

Voteable: Who can vote in Georgia's July 24 primary runoff election?

Cagle said Deal's conservative leadership has elevated Georgia into the best state in the nation for business and delivered a red-hot economy and job growth that's the envy of the nation.