Kemp: President Carter's call to resign is "politics as usual"

In the letter, the former president asks Kemp to resign as Secretary of State – to ensure the integrity of the election. 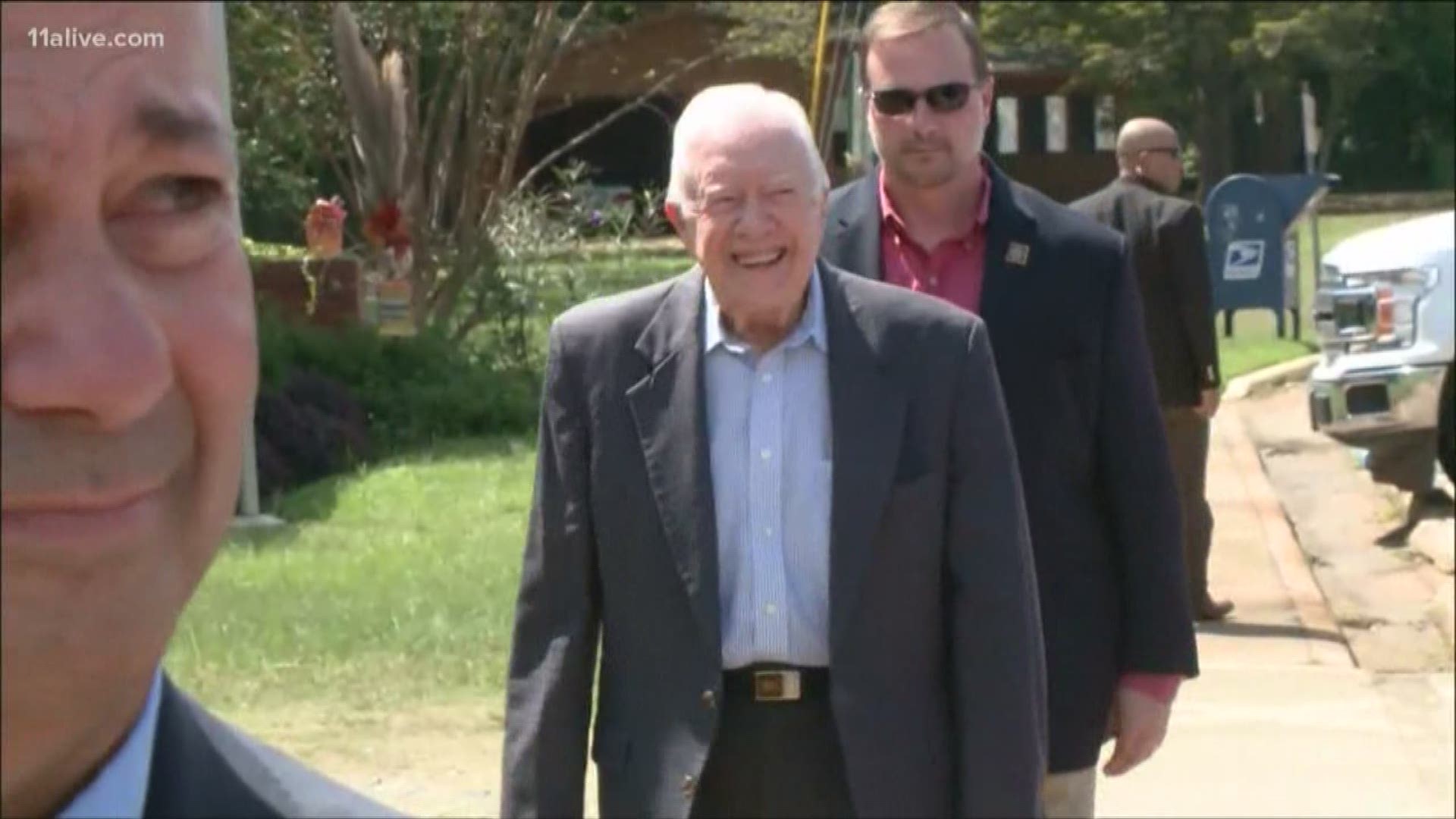 In the letter, the former president asks Kemp to resign as Secretary of State – to ensure the integrity of the election. Kemp is running for governor.

Kemp was in Jackson County campaigning with Governor Nathan Deal. Kemp has been vilified for weeks for continuing, as Secretary of State, to oversee the election for governor in which Kemp is a candidate. Kemp says it was a no-win for him.

"Well if I had resigned, they would have complained about me resigning and blaming everything on me. I’m not too worried about what the Democrats are thinking," Kemp told 11Alive News Monday after his campaign bus pulled onto a rally site in Jefferson.

Carter, a Democrat, cited his Carter Center work worldwide monitoring elections, and said in the letter Kemp’s continued presence as Secretary of State “runs counter to the most fundamental principle of democratic elections – that the electoral process be managed by an independent and impartial election authority.”

"I don’t agree. He’s entitled to his opinion," said Gov. Nathan Deal when asked about Carter's letter. Deal says Kemp is doing the job he was elected to do.

Kemp views the letter as a smokescreen from a man who has endorsed his opponent, Democrat Stacey Abrams. "It’s politics as usual, trying to district from her extreme agenda that I talked about during the bus trip. It is what it is," Kemp said.

And it isn’t, Kemp says, a reason to resign.