Even one of Gov. Brian Kemp's strongest critics has applauded his initiative to improve mental health counseling in schools. 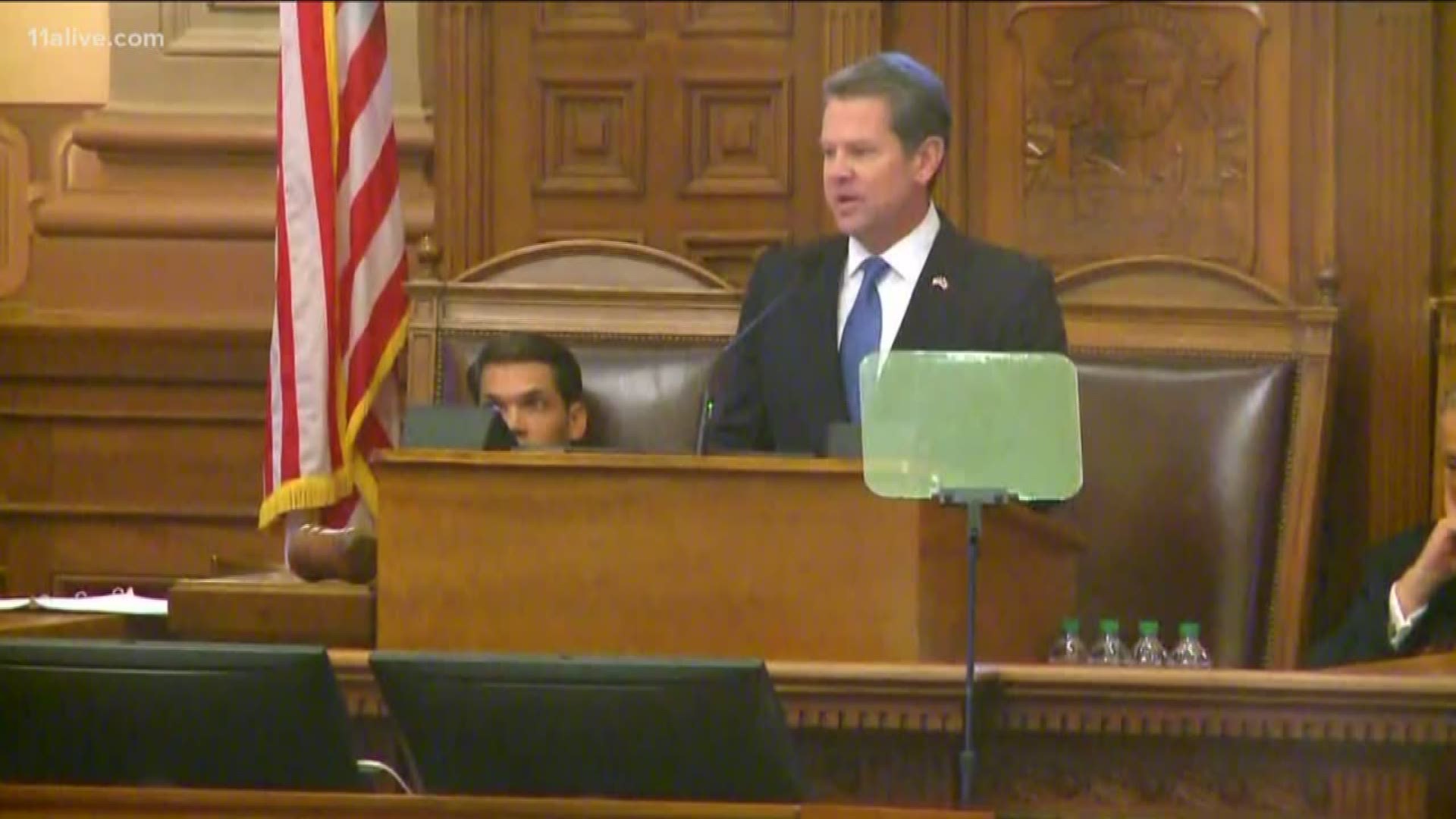 It’s the first week in office for Georgia Governor Brian Kemp, and today he spoke for the first time to a joint session of the General Assembly. In his State of the State Address, Kemp asked for support on his proposals to give teachers a pay raise, expand health care and support school safety.

The freshman governor’s agenda is free of most of the controversies outlined in some of his promises made on the campaign trail. For now, lawmakers said he is bringing ideas to the table designed to generate maximum bipartisan support.

Even one of Kemp’s toughest critics, the president of the politically-powerful Georgia Assembly of Educators, seems to be on board with Kemp's plans for teachers, including giving each a pay raise of $3,000, with another $2,000 raise later, perhaps next year.

“We are more than happy about it, we will be more than ecstatic to see the first part of it come to fruition,” said Charlotte Booker, GAE’s president. During the campaign, she supported Kemp’s Democratic challenger, Stacy Abrams.

“Because, if it’s detected early, that means that something can be done about it, and not after it happens,” Booker said.

Republicans and Democrats have both said they want more specifics, but they generally like Kemp’s plans, applauding his proposal to go after gangs and drug kingpins. They also like Kemp’s initial plan to improve healthcare, by seeking a limited expansion of Medicaid – but Democrats still vow to fight for full Medicaid expansion in Georgia.

Not included in Kemp’s State of the State address – a controversial plan to replace outdated voting machines. Although it wasn't part of his speech, he is asking the legislature to spend $150 million to buy and implement a new system that includes a paper record for recounts and challenges.