The Senate voted 30-5 Saturday to send the measure to Gov. Andy Beshear. The governor vetoed similar legislation in 2020. 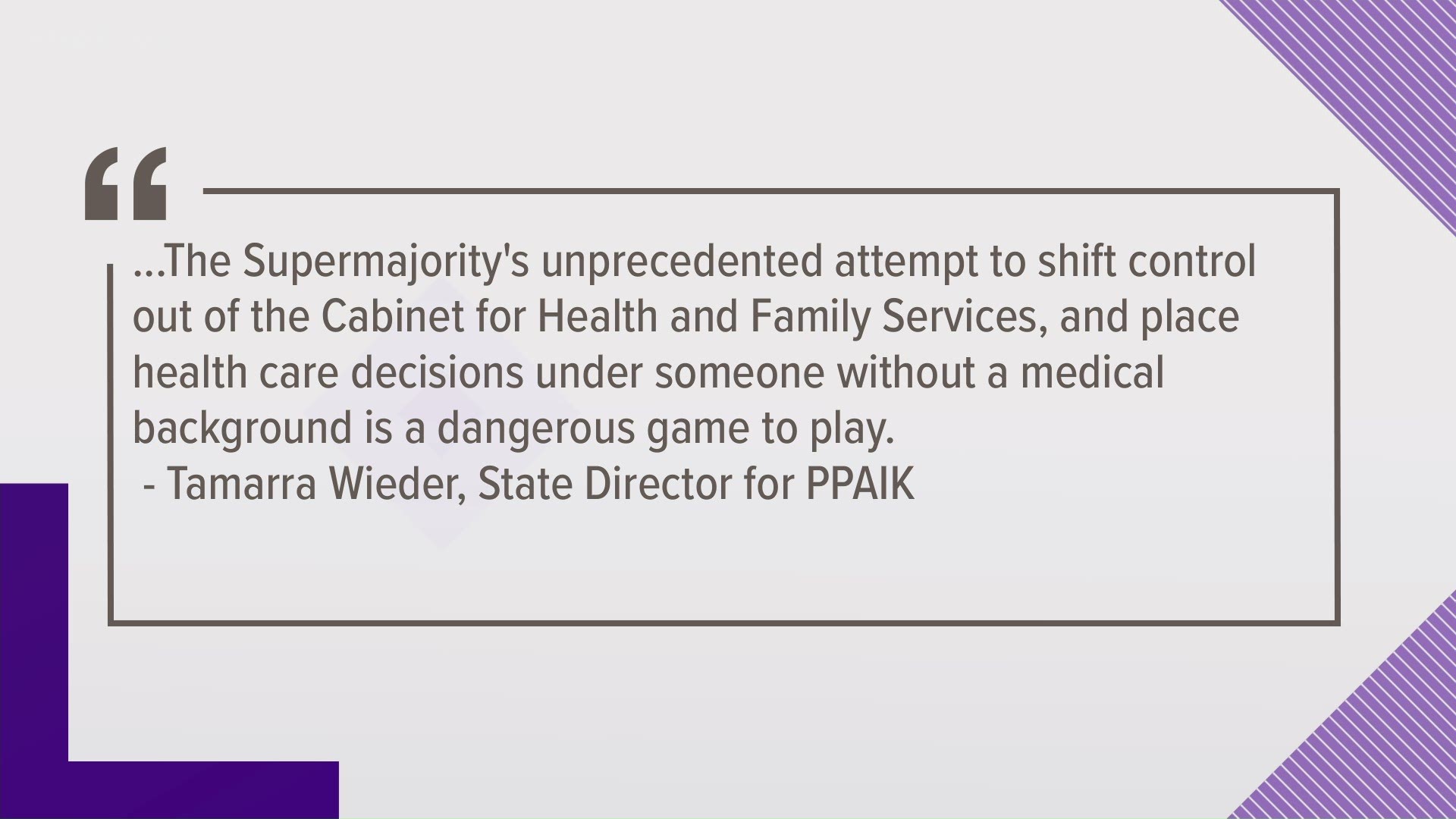 The Senate voted 30-5 Saturday to send the measure to Democratic Gov. Andy Beshear. The governor vetoed similar legislation in 2020.

Last year, lawmakers didn't have a chance to consider an override. They'll have ample time to consider overriding this year's measure.

Grateful to @kysenategop for passing HB 2 this morning, which will give our office clear legal authority to act when an abortion provider breaks the law. https://t.co/FWHXXeCMtl

The abortion proposal that passed Saturday would give Attorney General Daniel Cameron the power to seek civil and criminal penalties for any violation of Kentucky’s abortion laws.

The second bill passed today is called the "Born Alive Infant Protection Act." It would require doctors performing abortions to take medical steps to protect the life and health of infants born alive.

It's now been passed by both chambers and is heading to the governor's desk. It's another bill that Beshear vetoed last year.

“Today, the Kentucky General Assembly passed two bills attacking reproductive freedom in the commonwealth. The final passage of House Bill 2 and Senate Bill 9 serves only to shame and ostracize patients and their healthcare providers. Despite the existing problems facing Kentuckians that have been exacerbated by the pandemic, anti-abortion politicians are spending their time attempting to push constitutionally-protected abortion care out of reach, bit by bit. They will stop at nothing to force people to remain pregnant against their will.

Senate Bill 9 is an inflammatory bill that has no basis in the real-life practice of medicine. SB 9 is a politically motivated bill created so anti-abortion politicians can score cheap political points. Lawmakers are more focused on showboating with bills like SB 9 at a time when thousands of Kentuckians have died from the coronavirus and others are struggling to meet their basic daily needs.

House Bill 2 would give regulatory powers currently held by career health experts at the Cabinet for Health and Family Services to anti-abortion Attorney General Daniel Cameron. This bill is a blatant power grab that undermines healthcare experts and sets the stage for anti-abortion politicians and their allies to work in tandem to make it harder for Kentuckians to access reproductive health care, including safe, legal abortion. HB 2 is clearly not about improving health and safety, as it singles out providers of abortion care – an already incredibly tightly regulated area of healthcare – and no other providers. Attorney General Cameron has demonstrated he would target abortion providers, and even punish them with criminal and civil penalties.

We call on Governor Beshear to veto Senate Bill 9 and House Bill 2.”