He said he was leaving the race for "personal and family reasons." 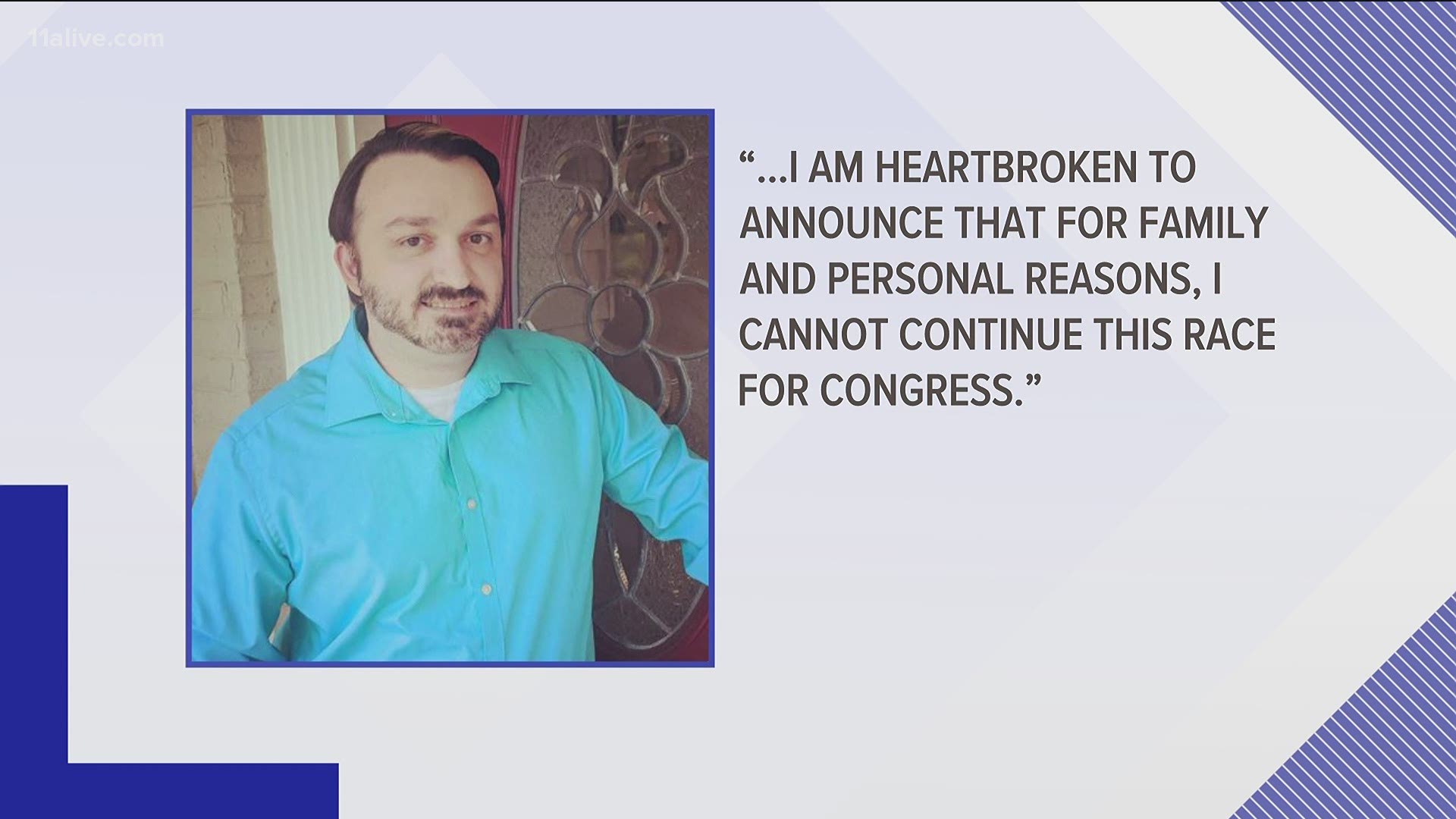 ATLANTA — Kevin Van Ausdal, the Democratic primary winner in Georgia's 14th Congressional District who was set to face Marjorie Taylor Greene in November, has dropped out of the race

In a statement emailed out on Friday, Van Ausdal said he was leaving the race for "personal and family reasons."

"Although all the details will remain my family’s alone, please understand this was not an easy decision. We are real people managing hard choices," he added.

Greene, the Republican nominee for the northwest Georgia seat being vacated by Rep. Tom Graves, has gained national attention for her support of the QAnon conspiracy movement and for being embraced as a "future Republican star" by President Trump.

She was already expected to comfortably beat Van Ausdal in the heavily red district, which has only ever been represented by Graves since it was created following the 2010 Census.

The Democratic Party of Georgia will have to select someone else to run for the seat now.

“While I am stepping down from being the face of this fight for the people of Northwest Georgia, we have to carry on,” Van Ausdal said in the release. “We cannot allow the extremism and divisiveness of Marjorie Taylor Greene to be unchallenged in November. I urge the Democratic Party of Georgia to name a new Democratic nominee, and I will do all I can to ensure the energy and support I have received in my campaign will be behind whomever the Party selects as our standard-bearer in this fight for the soul of our nation.”