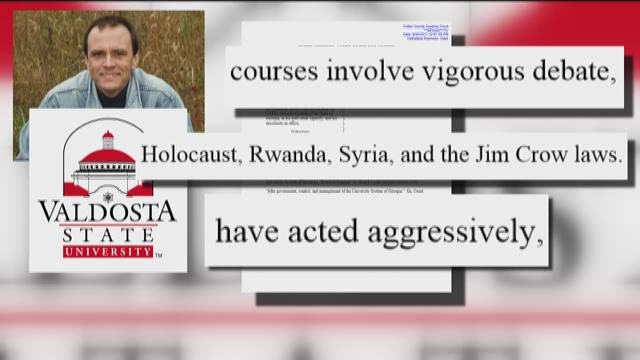 The lawsuit, which was filed Monday in Fulton County Superior Court, says Georgia’s constitution empowers the University System of Georgia’s board of regents, not the legislature, to dictate the state’s educational policies.

“Whether firearms on campuses help or hinder the cause of creating a safe and secure learning environment is, to be sure, a subject of intense debate,” the lawsuit said. “Reasonable minds can and do differ on this issue, but this case is not about who is right. Rather, it is about which entity decides.”

The law, which went into effect on July 1, allows licensed gun owners to carry concealed handguns on public college campuses, except athletic facilities, student housing, and faculty and administrative offices, among others.

One professor, according to the lawsuit, teaches courses that “involve vigorous debate” on difficult topics, and has encountered “emotionally and psychologically distressed students,” one of whom committed suicide in 2014.

The lawsuit also says that allowing students to carry guns in classrooms that have chemical or gaseous materials creates a safety hazard.

The University System of Georgia said it is not involved in the lawsuit.