The incident at an Atlanta-area Publix last weekend turned into a national story after Thomas alleged that a man told her to 'go back' where she came from. 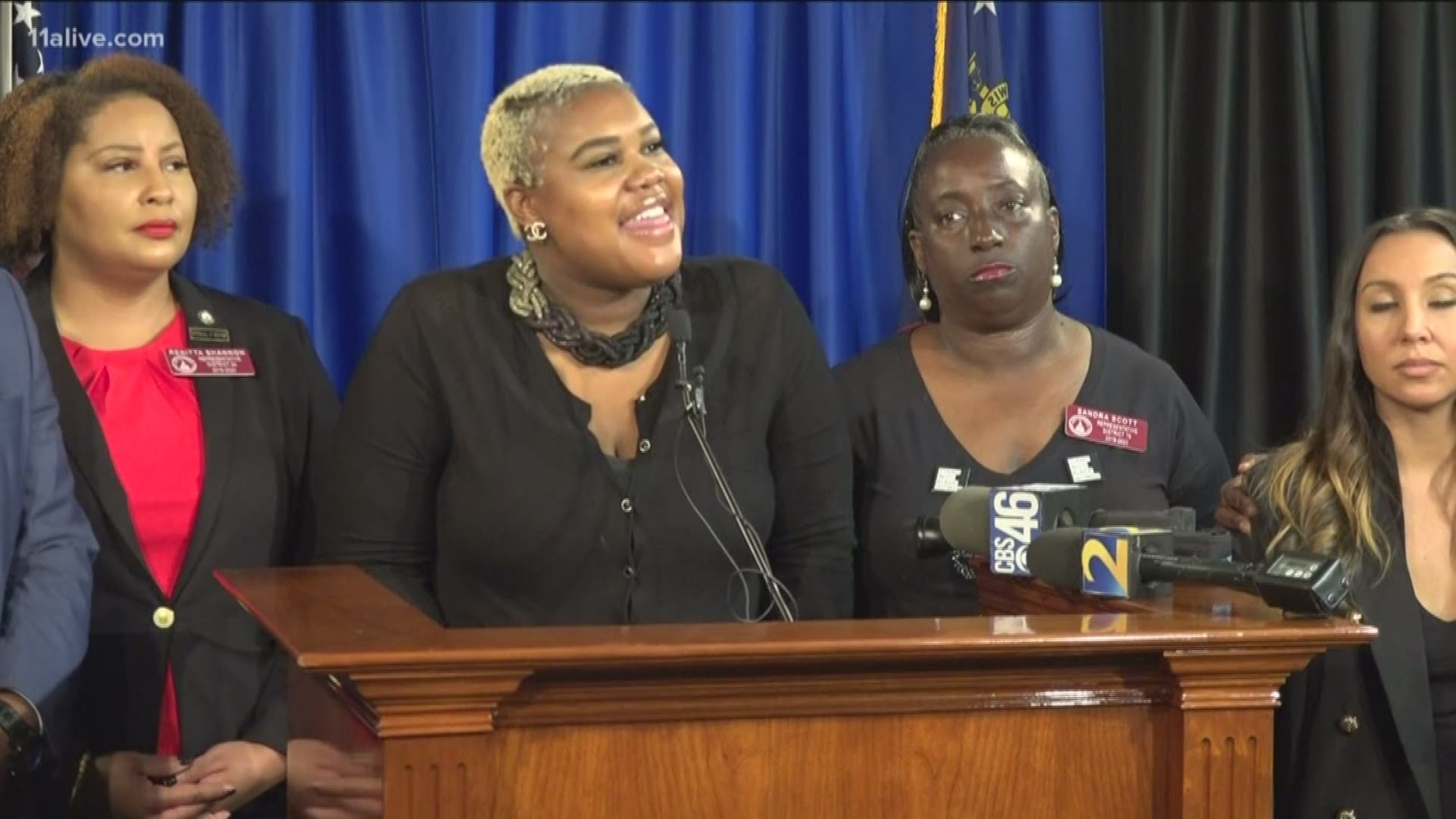 COBB COUNTY, Ga. — A lawyer for State Rep. Erica Thomas on Tuesday night posted the Cobb County Police Department’s report into an altercation a man started with her at a Publix that has become a national story after she alleged he told her to “go back” where she came from.

The report cites two Publix employees, neither of whom confirm the full events as described by Thomas, a Democrat from Austell who represents District 39 in the Georgia House of Representatives, or the man, Eric Sparkes. They told police they either did not remember or did not hear the whole argument.

A surveillance video was also reviewed, but did not have audio, “so what was said is unknown” the report states.

Sparkes has acknowledged calling Thomas, who is nine months pregnant and was with her 9-year-old daughter, a “lazy b****” after observing her using the “10 items or less” lane with more than 10 items.

The report recounts events that have already largely been argued in public by Thomas and Sparkes.

Sparkes told police, as he has told media, that he saw Thomas using the express lane, left the store to put his items in his car, and then came back in to confront her about it.

He has claimed he did so politely, Thomas says he came at her aggressively.

“A few seconds later, Mr. Sparkes returns through the door and goes straight to the express lane where Ms. Thomas and her daughter were checking out,” the reporting officer, M.D. Gosman, describes the video in his report. “He points at the entrance of the express lane, possibly at the sign and they clearly begin arguing.”

RELATED: Police: No charges in dispute with Ga. lawmaker claiming man told her to 'go back' where she came from

The report states the video did not show Sparkes appearing to be irate, “nor did I see him with clenched hands,” as Thomas stated to police.

One of the employees, a customer service manager, told police she was 10-12 feet from the incident, but that she did not hear how it began.

She said she heard Thomas tell Sparkes to “go back where you came from,” which she has stated she said in response to him using the phrase first. He has denied using that specific language.

The manager also told police she heard Sparkes call Ms. Thomas ignorant. She has said Sparkes stated, “I know you people. You’re ignorant.” Sparkes has denied referring to “you people” at any point.

The other employee, a cashier who was checking Thomas out when the incident began, only told police that remembered Sparkes calling Thomas a “lazy b*****” and her telling him to leave.

Police announced on Tuesday they would not be bringing any charges in the case.

“In the ninth month of my pregnancy, I never imagined that I would find myself in the middle of divisive, and violent action against me,” Thomas said in her most recent statement, issued Tuesday night. “Verbal abuse, proximity control and micro-aggressions are acts of violence and especially against a woman in the vulnerable state of pregnancy.”

Sparkes claims Thomas is “playing the victim” for “political purposes.”

In her statement Tuesday, Thomas described the entire episode as “a routine stop at our neighborhood grocery store turned into a hellish nightmare.”

Georgia lawmaker: Man in grocery store told me to go back where I came from

Man accused of telling Ga. lawmaker to 'go back' where she came from denies comment