But other Democrats in Senate race say they won't pull out 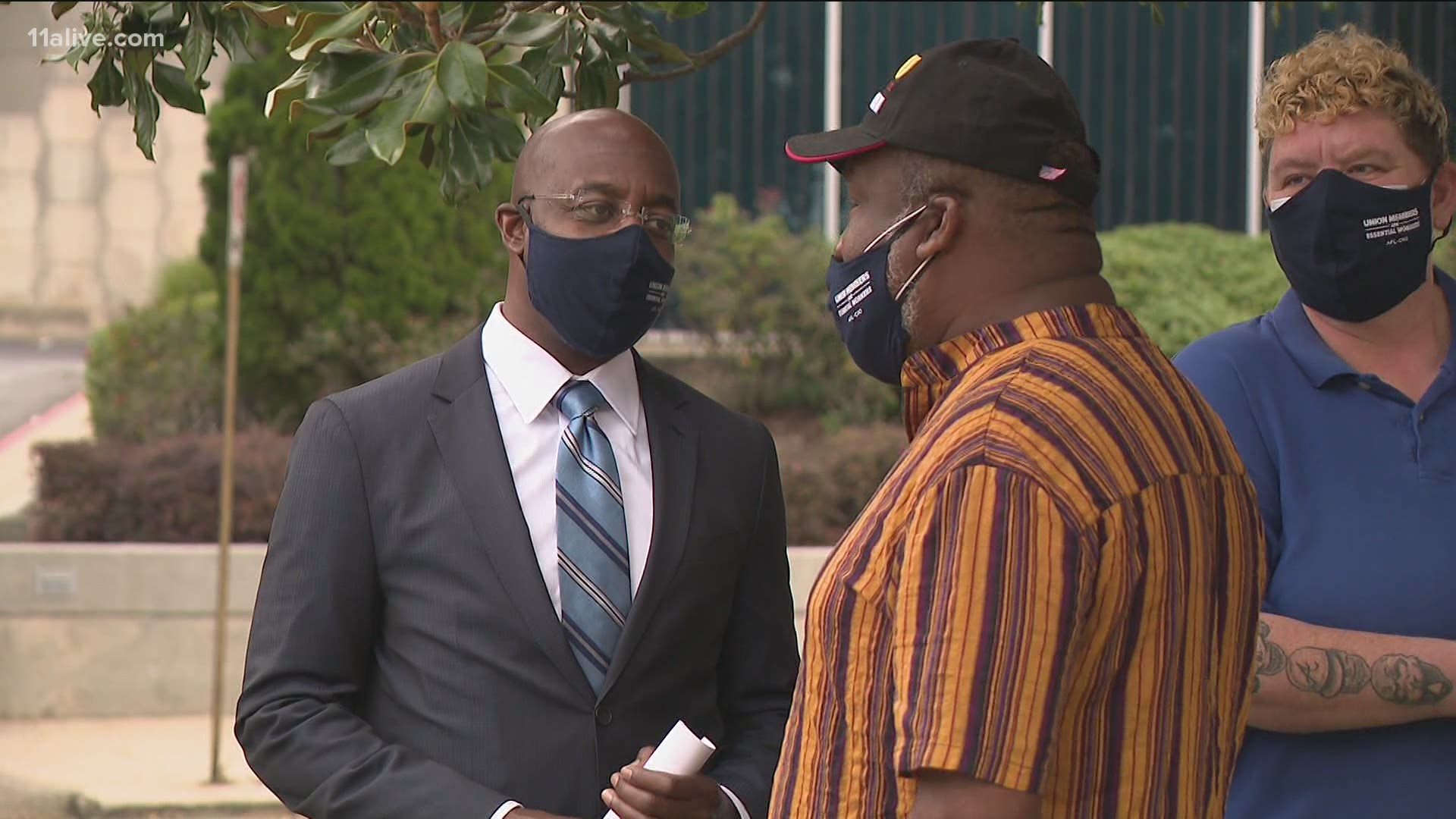 ATLANTA — The pressure is rising on some Democrats running for the U.S. Senate in Georgia to pull out of the race and endorse the presumed frontrunner, Raphael Warnock.

There are two U.S. Senate races before Georgia voters, but the November winner of the jungle primary special election could take office later this year -- before the new Congress is seated in January.

And some Democrats want Rev. Warnock, the well-funded pastor at Ebenezer Baptist Church, to get a chance to do that.

"As things really hang in the balance with the death of Justice Ginsburg and everything else going on in the country, we have to field a unified candidate for Democrats to vote on and believe in," said Teresa Tomlinson, former mayor of Columbus who lost a U.S. Senate primary in June to Democrat Jon Ossoff.

Republican U.S. Senator David Perdue faces Ossoff in the other U.S. Senate race on the ballot in Georgia.

Tomlinson wants her fellow Democrats to unify around Warnock in the "jungle primary" special election – and she’s not alone.

But go to Lieberman’s own Facebook page – and there is comment after comment imploring him to “please drop out” and support Warnock.  "Please drop out for the good of humanity. You can only help a Republican get elected," was among the many similar comments.

Tomlinson was a bit more measured.

"This is a critical moment. And we do need Ed Tarver, who is a dear friend who I respect, to call on his supporters to support Raphael Warnock. And Matt Lieberman needs to do the same," she said.

The special election will have 21 names on the ballot – with no political parties attached.  Polls have shown the top four contenders to be two Republicans – Senator Kelly Loeffler and Congressman Doug Collins, plus Democrats Warnock and Lieberman.

If any candidate can get 50 percent of the vote plus one November 3rd – that candidate would win without a January runoff - and could get seated as soon as the election results are certified, according to officials with the Georgia Secretary of State's office.

Collins and Loeffler are likely to split much of the Republican vote.

Democrats calling for Lieberman to withdraw say doing so would give his fellow Democrat, Warnock, a better shot at winning the election in November with no runoff.

But Lieberman is unconvinced.

"If you’ve got 21 candidates in the race, there’s no way one of them is going to get to 50 percent," he told 11Alive News Monday.

Lieberman said he thinks he’ll actually win the election – even though he’s raising less money than Warnock and the two Republicans.

"I’m in the best position to win," he said.  "More than money, message matters. And people are watching this campaign and making up their minds. It’s a democracy and that’s how it’s supposed to work."

"Voters should have the opportunity to select the candidate who is most qualified," said the former state senator, U.S. Attorney and US Army veteran.

Tomlinson said she is fearful that the two well-funded Republicans, Loeffler and Collins, could end up in the runoff, squeezing out all Democratic hopefuls.

All 21 candidates will be on the ballot regardless.  Absentee ballots went to the printer last week.