"I will work hand in hand with legislators in both parties and in both houses to ensure we get this over the finish line." 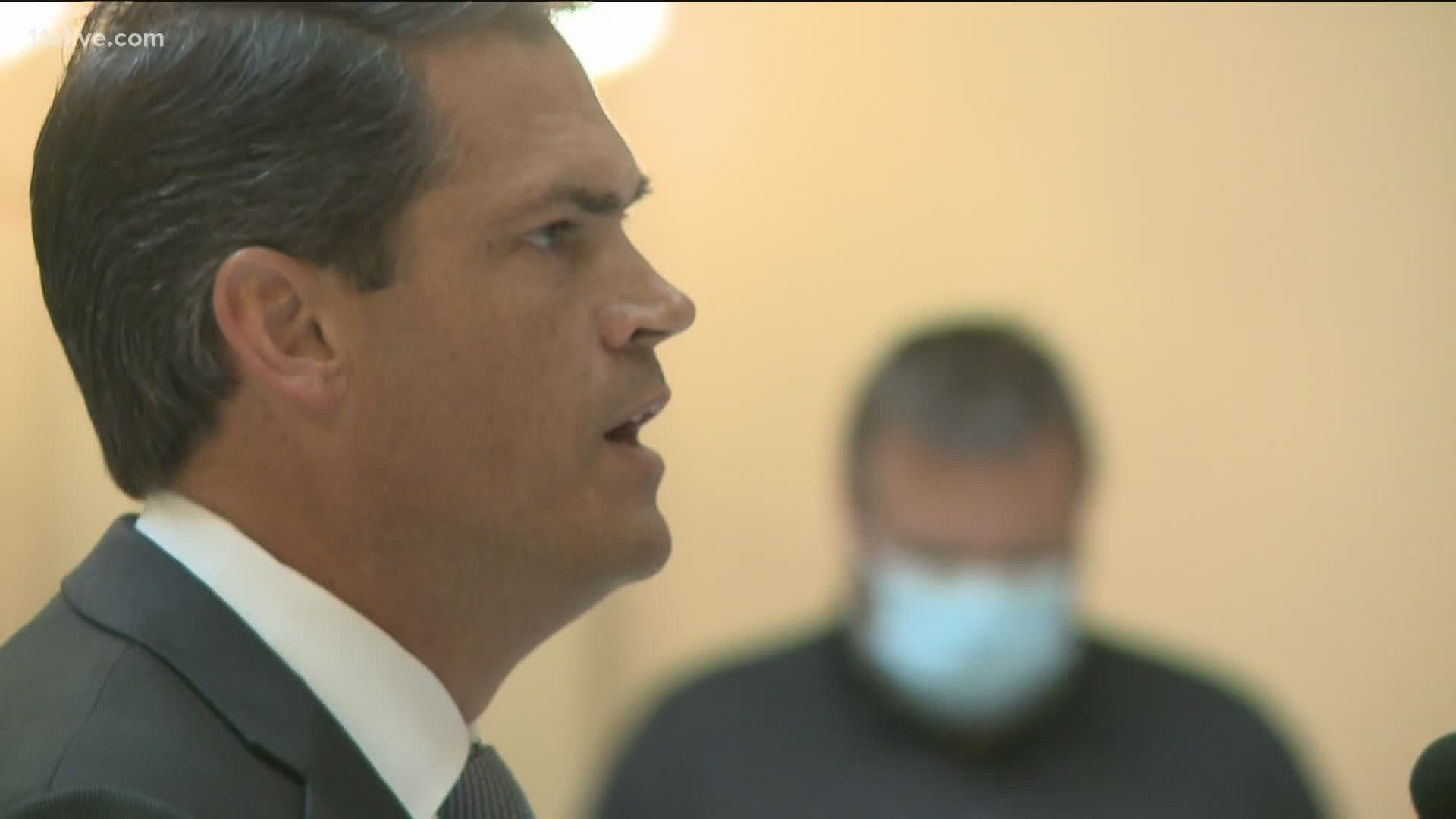 Georgia is one of only four states across the nation without a hate crime law on the books. There have been pushes for the state to change that in recent weeks as marches and demonstrations have been held across the country with Americans protesting racial injustice on the heels of the killing of George Floyd and others.

Duncan said that the bill would allow communities the ability to seek a hate crimes charge from a grand jury if local prosecutors don’t.

“As a man of faith, I believe we are called to treat others as we’d want to be treated, but to also stand up for the vulnerable, to comfort the afflicted and welcome the ostracized,” Duncan said. “I believe this legislation answers that call, and I will work hand-in-hand with legislators in both parties and in both houses to ensure we get this over the finish line."

It also would create a separate offense for “bias-motivated intimidation” for alleged hate crimes. Duncan is calling on lawmakers to protect broad categories from bias crimes, including people victimized because of their culture and exercising First Amendment rights including worship, free speech, free press, assembly or petition of government.

This move comes after days of pressure by House lawmakers, business leaders and others. But with only eight more days in the legislative session, the question is whether it can pass before the legislature adjourns in the next few days.

"The eyes of the nation are upon us, and we need to do more than check the box," Duncan said. "We must deliver a strong, meaningful bill that leaves no doubt that Georgians will not tolerate hate."

Georgia’s House of Representatives passed a bipartisan hate crimes bill last year, and it has been stuck in a Senate committee ever since. Now backers are asking: Why is the senate apparently starting over now with a new hate crimes bill?

The lieutenant governor said Ahmaud Arbery's murder brought the need for the change to the forefront in Georgia. Arbery's family said he was in a south Georgia neighborhood jogging when he was confronted by two white men. The confrontation was recorded on video and went viral months after the February shooting.

The Georgia Bureau Investigation was then requested to investigate and later charged father and son Gregory and Travis McMichael with the murder. The man who recorded the video, William Bryan, was also charged. A GBI investigator testified during a preliminary hearing that Bryan told authorities that "after the shooting took place and before police arrival, while Mr. Arbrery was on ground, he heard Travis McMichael make a statement "f****** n-word."

"When the shooter stood over the body of an unarmed man and called him a racial slur, that’s clear evidence, to me and to all Georgians, of a hate crime," Duncan said. "And we have to stand up and say, that’s unacceptable in our state."

"In that case, despite the horrifying video evidence, the prosecutor in the case decided that no crime was committed. If it were not for the public seeing the video, the killers of Ahmaud would have escaped justice," Duncan added. "A hate crimes law that allows for only prosecutors to press hate crimes charges would not have worked in that case. That’s why this version of the bill creates a new avenue for victims to seek a hate crimes charge.”

The legislation would mandate that officers submit reports in cases of hate crimes that will ensure accurate tracking of data. It would also provide an avenue for victims to seek civil penalties and recover damages.

Members of the legislature’s Black Caucus were mostly unimpressed, however. They want the Senate to simply pass the bill the House has already passed.

"We’re up against a legislative clock. And to me that’s the major issue,” said state Rep. Calvin Smyre (D-Columbus), worried that the new bill would get in the way of passage of the House bill.

By the legislature’s own rules, it’s too late for the senate bill to pass both chambers. The question at the Capitol is which other bill will end up carrying the Senate hate crime bill’s language – and whether it can get out before adjournment.