When contacted by 11Alive News, the Cobb County Republican Party's chairman chose not to answer the question of whether this was the viewpoint of the party. 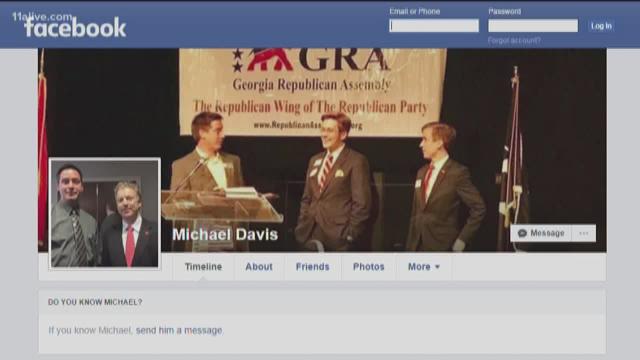 The video, which was uploaded to Facebook by Mike Nikolaou of Athens, Greece, and shared by Davis, includes a portion of the breaking news coverage from West Palm Beach NBC station WPTV during the Parkland shooting. The coverage takes a closer look at the active shooter training undertaken by the Broward County school system as well as other schools around the nation before an announcer goes on to denounce the training.

The post then goes onto claim that the video depicts students in Parkland, Fla., "rehearsing" before "the fake shooting aired by NBC," with hashtags including "#CrisisActors" and "#FalseFlag" -- claiming that the shooting and deaths were faked and staged for some purpose.

When contacted by 11Alive News and asked if this was the viewpoint of the Cobb County Republican Party and of its leadership, the chairman, Jason Shepherd, responded with a statement:

Maybe 11Alive should focus on the fact these so-called “student lead” protests are anything but with left winged organizations from the ACLU to the SCLC just in Cobb County when it opens the door legally for outside political organizations using students to disrupt the school day when the US is already ranked near the bottom in education among industrialized nations. If a school district opens the door to one, then under Equal Protection they must allow any group of students to stage walkouts. What will this do to education in America?

Shepherd did not, however, directly address our question of whether or not the Cobb County Republican Party as a matter of policy, believes that last month's deadly high school shootings at Stoneman Douglas High School that killed 17 people were "faked" or some sort of "false flag" played out by so-called "crisis actors," as the post that Davis shared.