But some in the GOP are pondering an independent opponent. 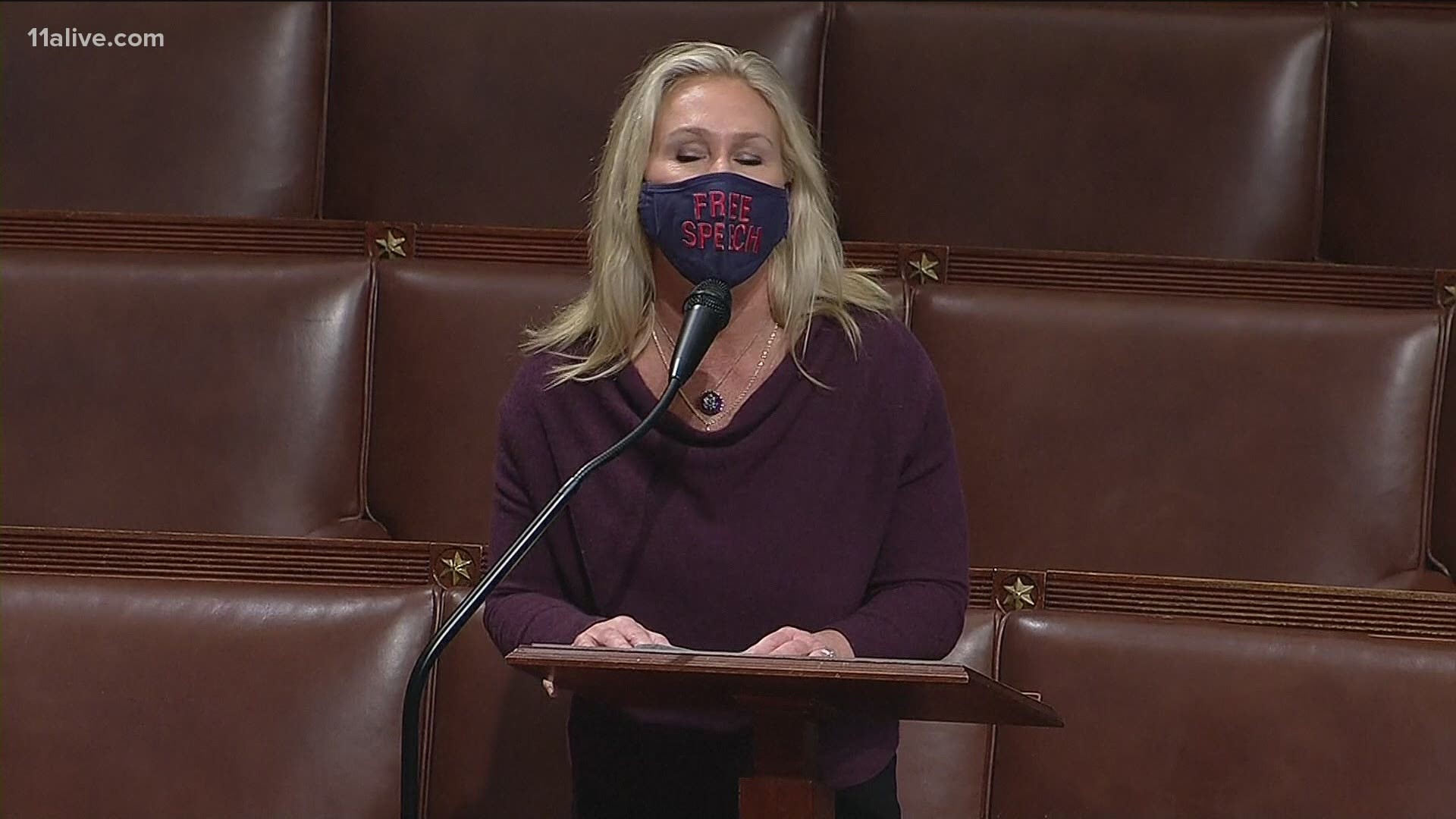 Marcus Flowers, a former Army sergeant and defense contractor from Bremen, said he has filed paperwork with the Federal Election Commission to explore his candidacy for the seat.

Flowers is a political newcomer taking aim at Greene -- whose conspiracy theories and support of social media posts threatening harm to political enemies got her congressional committee assignments pulled Thursday.

The district "deserves a candidate that can sit on committees, that can help the community. And she’s not doing any of that right now," Flowers told 11Alive News. "And I think she’ll just continue to become more and more extreme as time goes on."

"We have at least a dozen people who have expressed interest in looking at this race right now," said Tim Shiflett, the Democratic chairman in northwest Georgia – which overwhelmingly supported Donald Trump in November.

"Marjorie Taylor Greene herself is driving the enthusiasm" to defeat her, Shiflett said. Yet Shiflett acknowledges Democrats will have a hard time beating Greene next year.

But an independent candidate could make inroads against the GOP incumbent, said Republican strategist Brian Robinson.

"A Republican independent -- or an independent Republican would have a chance in a runoff if they were well funded," said Robinson, who helped the losing candidacy of one of Greene's GOP challengers in 2020.

State law allows Republicans, Democrats and Libertarians to pay filing fees to get on Georgia ballots. But for an independent to get on the ballot, Georgia law requires the candidate to gather signatures of five percent of the registered voters in the district.

"Twenty thousand is a threshold that is do-able," Robinson said Friday while adding that a successful independent congressional candidacy would be unprecedented in Georgia.

An independent would make it a three-way race in November 2022 (four-way, if a Libertarian runs). If a conservative independent can beat the Democrat and Libertarian -- and keeps Greene below 50 percent of the vote -- then a runoff could take place between Greene and the independent. Mainstream Republicans, plus Democrats could combine to back the independent challenging Greene.

"If you’re not giving the voters an alternative conservative choice, there’s no way you're going to beat her. So, it's going to have to be somebody who is rock hard conservative, even if they're running as an independent," Robinson said.

National donors are flocking to Greene’s re-election campaign. Robinson thinks national donors would help fund a dynamic conservative independent challenger to Greene – though no such challenger has emerged yet five weeks into her congressional term.