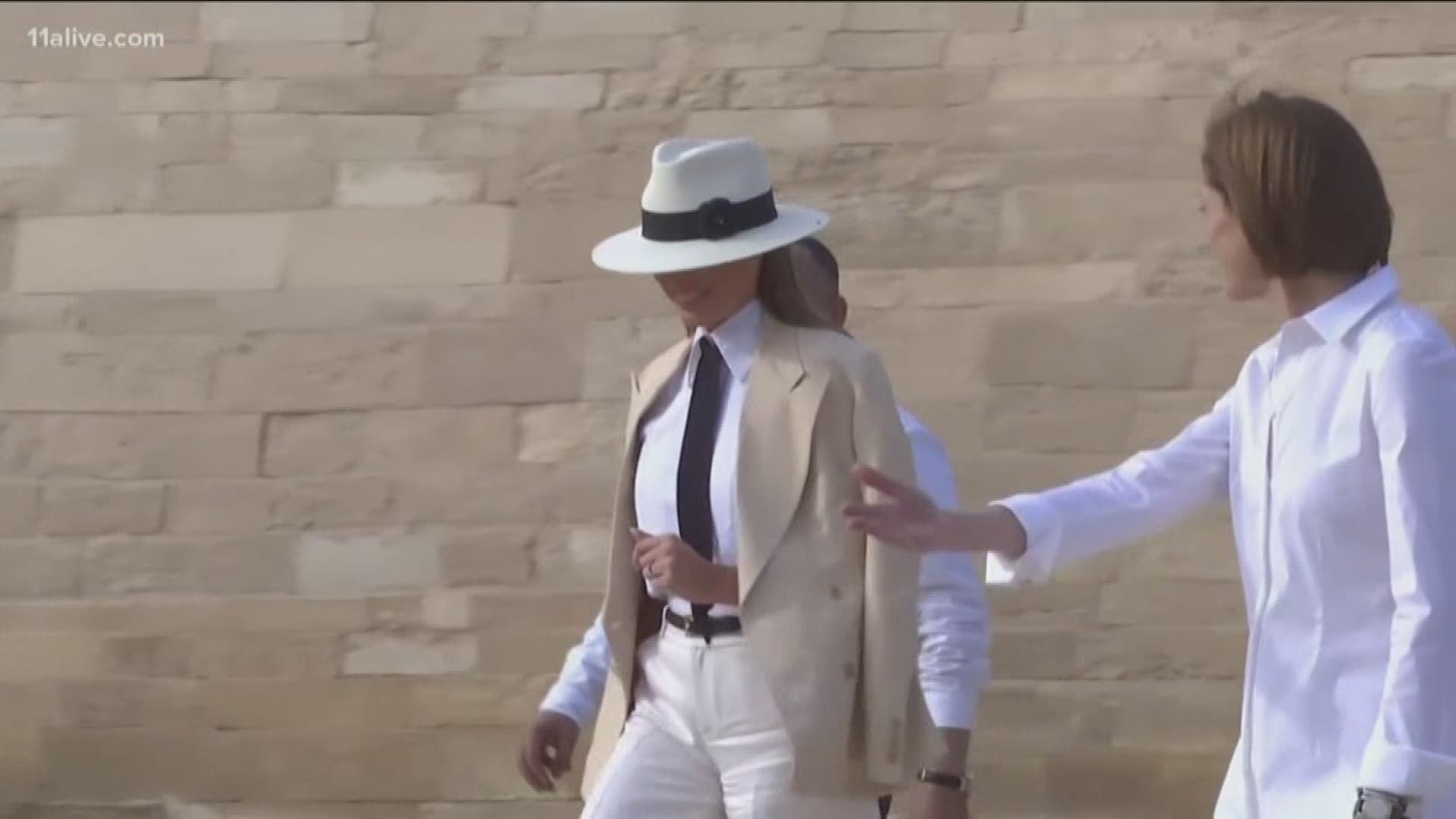 On Friday, T.I. tweeted a controversial video about President Donald Trump and the first lady.

The tweet was posted just hours after T.I. slammed fellow rapper Kanye West for his bizarre White House visit that got national attention. In the tweet T.I. said "Dear 45, I ain't Kanye."

The video shows a Melania look-alike dancing in what appears to be the oval office. The look-alike also strips out of her jacket - the same one that Mrs. Trump was criticized for wearing during a trip to the U.S. Mexico border, that had the words "I REALLY DON'T CARE, DO U?" on its back. The woman in the video stands naked on the desk with T.I. watching.

In reference to T.I.'s video, Stephanie Grisham, the director of communications for the first lady, tweeted Saturday asking, "How is this acceptable?" She then used the hashtags #disgusting and #boycott.

T.I. SLAMS KANYE | 'I’m ashamed to have ever been associated with you'

"At one time it was a pleasure to work alongside you... now, I’m ashamed to have ever been associated with you," he wrote. "I’ve reached my limits. This is my stop, I’m officially DONE!!!!," the post said.

The rapper revealed he'd turned down Kanye's invitation to join him at the White House and called the meeting the "most repulsive, disgraceful, embarrassing act of desperation & auctioning off of one’s soul to gain power I’ve ever seen."

People are also weighing in on Grisham's tweet with some agreeing, also calling it unacceptable. Others called the video freedom of speech and expression.