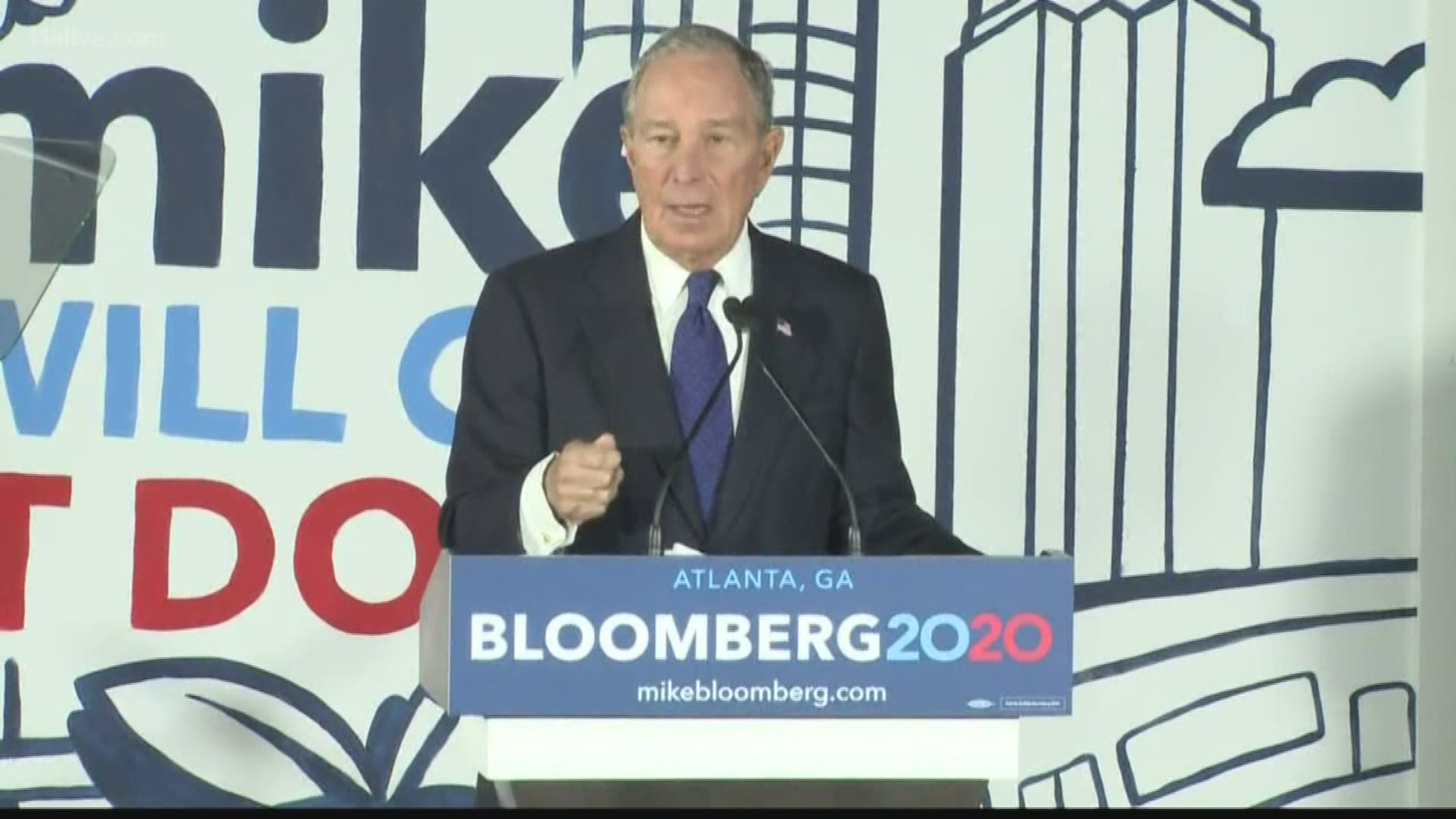 ATLANTA — There's a good chance you've seen a lot of Mike Bloomberg on your TV lately.

Bloomberg has spent more than $1 million in TV ads in Georgia in the last month, according to the news site FiveThirtyEight.

Billionaire Tom Steyer is the only other candidate on the airwaves in the Peach State.

"Unlike everyone else in this race, I have a record of beating Donald Trump, time after time," Bloomberg said at an event at the Westside Cultural Arts Center in Atlanta.

Bloomberg is a financial backer of Fair Fight, the spokesperson said. The Associated Press reported earlier this week that he contributed $5 million to the group.

Since Bloomberg got into the race for the Democratic nomination so late, he's skipping the early states, like Iowa and New Hampshire.

Instead, he's focusing on Super Tuesday, a day when more than a dozen states will hold their primaries on March 3. If the race still isn't locked up by then, Georgia voters head to the polls three weeks later.

"I know that some people say Georgia is a red state, but not me. I believe Georgia is a swing state. And we can turn it blue," Bloomberg said at his campaign event.

In Georgia, he has steadily polled around 9 percent, according to tracking by FiveThirtyEight.

His campaign has primarily focused on presenting him as a stabilizing alternative to President Donald Trump, contrasting his positions with Trump's on issues like climate change, trade and gun control.

Georgia Democrats will vote in the primary on March 24.

'I think he won my vote': In Atlanta, Andrew Yang shows off a movement that just might crack the mainstream