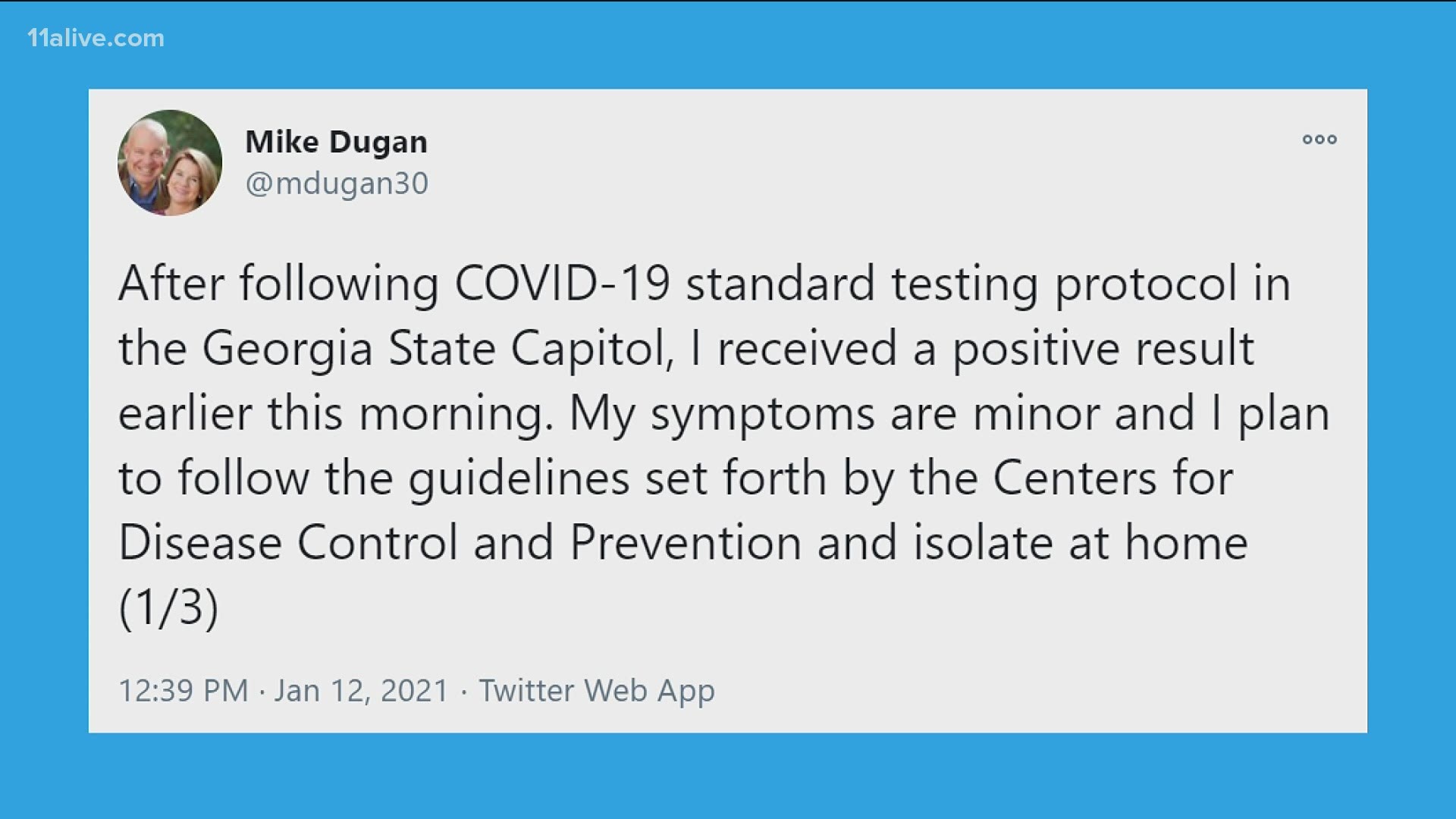 The 30th District senator, based out of Carrollton, said on Twitter that his symptoms are "minor" and that he intends to begin isolation at home.

He added that he had received his positive result before "noticing any real symptoms" which he attributed to a testing program administered by Georgia Tech.

"After following COVID-19 standard testing protocol in the Georgia State Capitol, I received a positive result earlier this morning. My symptoms are minor and I plan to follow the guidelines set forth by the Centers for Disease Control and Prevention and isolate at home until the virus passes," Dugan wrote. "I'm grateful for the staff at the Capitol who ensure all members are healthy and safe by performing these health screenings and I look forward to returning to my duties and working hard for the good people of the 30th district."

In addition to much of Carroll County, the district covers parts of Paulding and Douglas counties.

Dugan's announcement came one day after the start of the new Georgia General Assembly session. 11Alive's Doug Richards reported yesterday that a number of Democratic lawmakers were calling for an abbreviated session due to concerns of COVID-19 spread through the state legislature.

"I really think we should be doing session virtually. I think we do not need to be down here at the Capitol. With the rate of COVID, the numbers are continuing to rise," said state Rep. Sandra Scott (D-Rex).