The vice president is set to arrive just before 10 a.m. 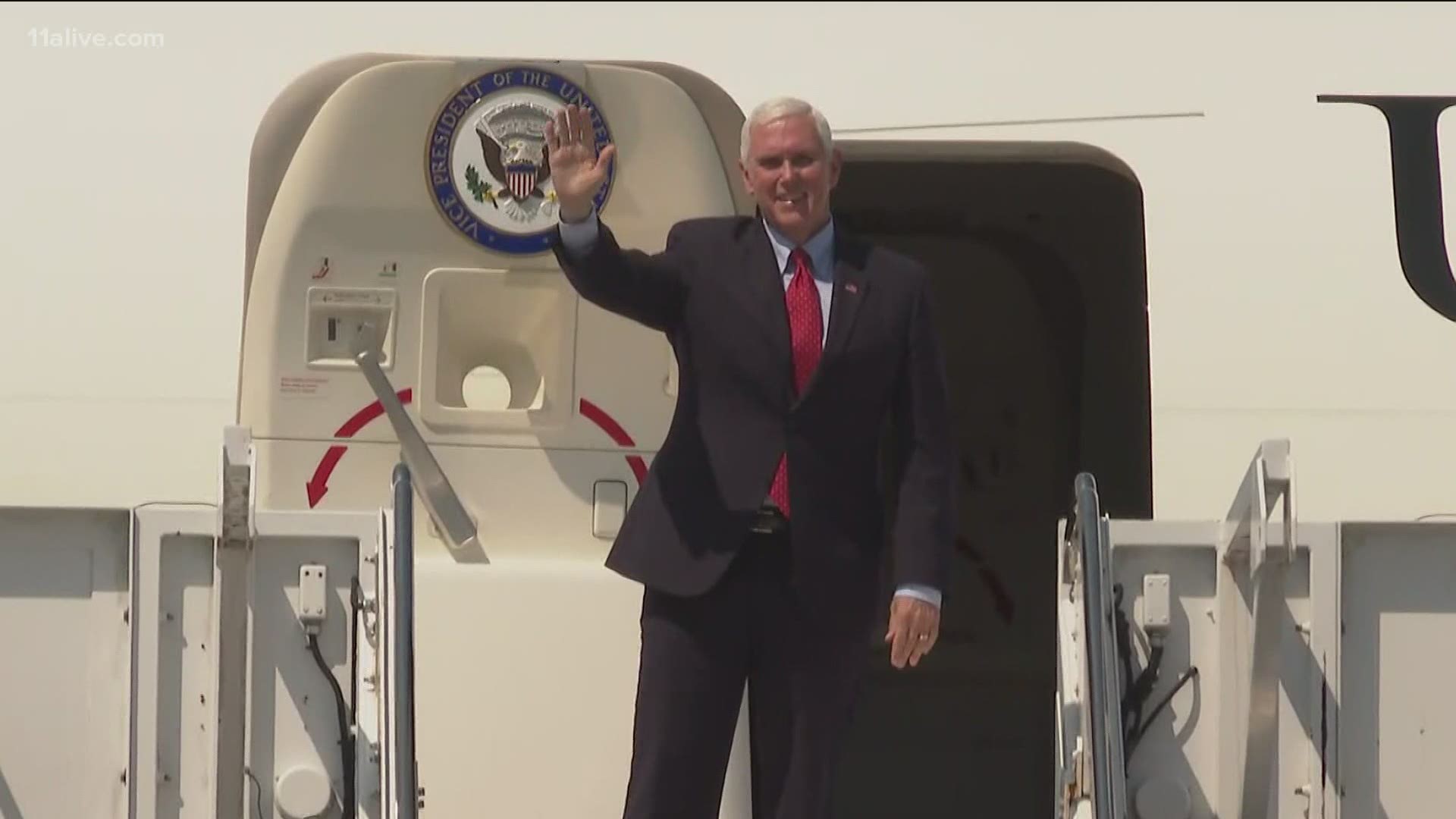 ATLANTA — Vice President Mike Pence arrived in Georgia this morning aboard Air Force Two as he plans to attend a memorial service for an influential evangelical who died earlier this month.

The vice president touched down at Dobbins Air Reserve Base just before 10 a.m. He is set to now attend the service for Ravi Zacharias, a major figure in the last half-century of evangelical philosophy and ministry. Indian-born Zacharias had lived in Atlanta for the latter part of his life, and died at his home on May 19.

11Alive will stream the service on 11Alive.com and on our YouTube channel.

Afterward, Pence is expected to conduct a meeting with small business owners to hear their experiences about Georgia's economy reopening.

The latest visit comes a week after the vice president came to Atlanta to meet with Gov. Brian Kemp and attend a roundtable discussion with Georgia restaurant industry executives.

After initial criticism from the White House over his decision to make the Peach State the first in the nation to actively begin reopening, the vice president heaped praise on Georgia and Kemp last week. He said the state was "leading the way" as an "example to the nation."

The principle cause for Pence's latest visit, Zacharias was highly influential in the world of evangelical philosophy and ministry through nearly a half-century of work. He founded Ravi Zacharias International Ministries in Toronto in the early 1980s and eventually moved it to Atlanta.

When he died on May 19, Pence called the Indian-born faith leader a "man of faith who could 'rightly handle the word of truth' like few others in our time & he was my friend."