Mike Pence back in Georgia for rallies in Columbus, Macon 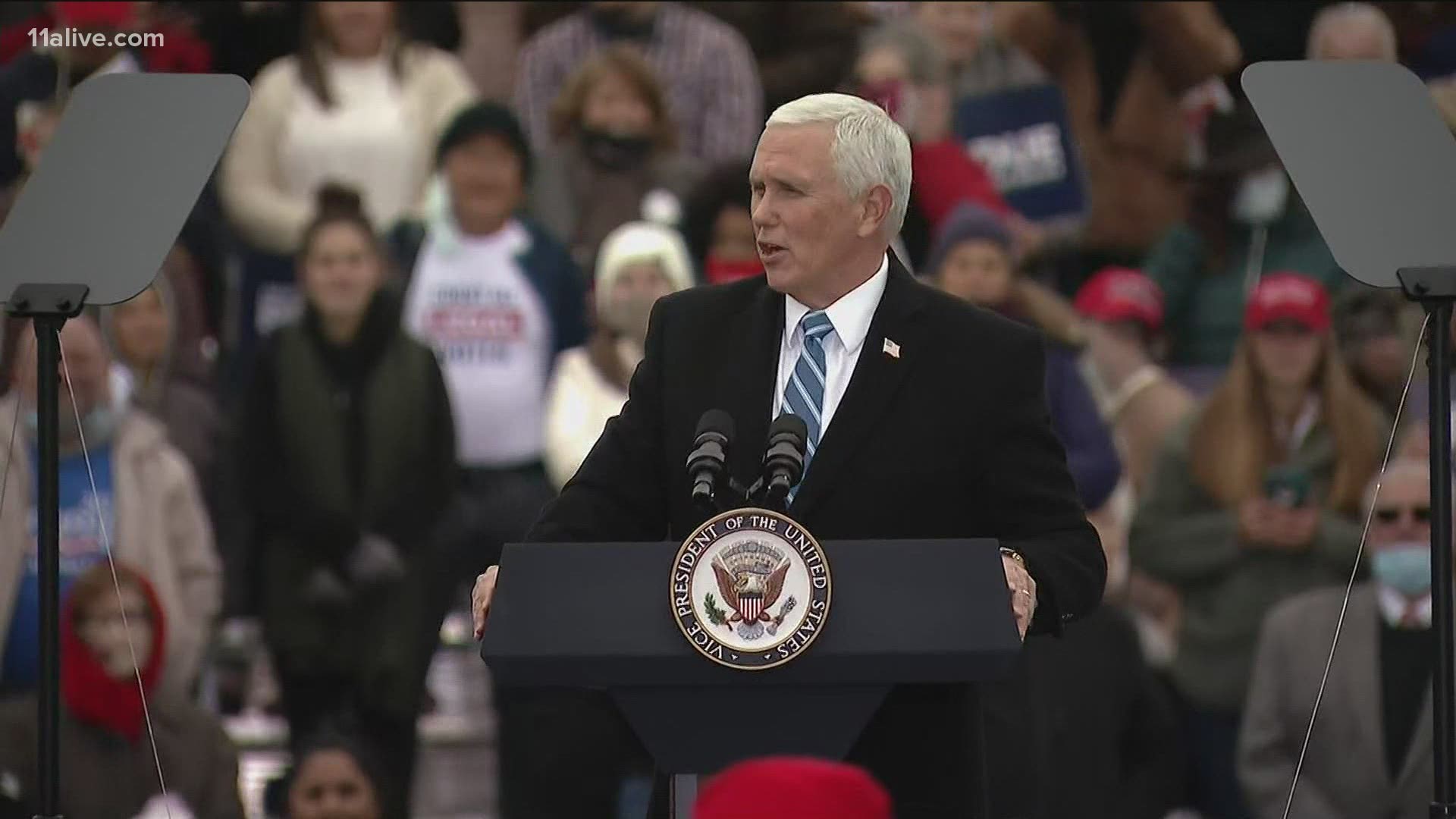 The vice president has been a frequent visitor to Georgia over the last few weeks in support of the incumbent Republicans, who are looking to retain their seats and secure GOP control of the Senate in the Jan. 5 runoffs.

This is Pence's fourth trip to Georgia since the Nov. 3 election.

The vice president attended the first rally in Columbus, a noon start time at the Columbus Airport. The second began at 2 p.m. in Macon.

According to a release, Pence was expected to his remarks at the rallies to "highlight the historic accomplishments of the Trump Administration with the help of Senate Republicans, along with the importance of fighting for conservative legislators."

Polls so far have shown the races are extremely close.