Bruno Cua has been indicted with 12 federal crimes for his alleged connection to the Jan. 6 Capitol insurrection in Washington, D.C. 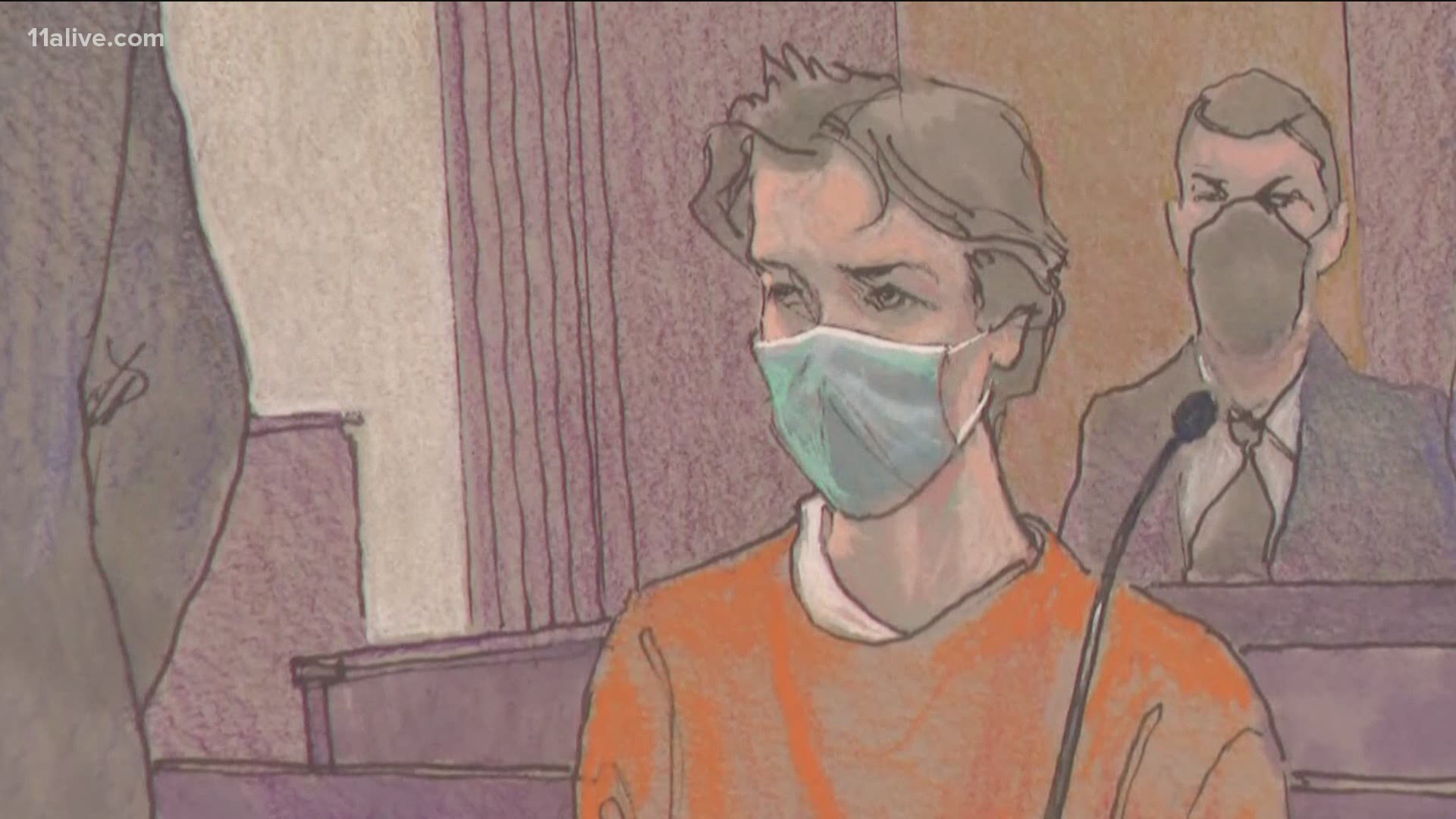 ATLANTA — Documents show that a Milton teen charged in connection with the U.S. Capitol riot claims he has learned his lesson. Federal court records from Monday also show that 18-year-old Bruno Cua has tested positive for COVID-19.

The judge has asked attorneys involved to "provide their views on when, how, and under what conditions Cua can be safely released from the facility at which he is currently detained in a manner that avoids further spread of the virus," according to the court records.

The positive test result comes as Cua has a pending request filed with the court to be released from custody as he awaits trial in his case.

New federal court documents published on Friday include a letter Cua wrote where he tells a federal judge, "I was wrong."

Cua has been in federal custody since his arrest on February 6. A federal indictment shows the Milton native faces a total of 12 charges in connection to the riot at the U.S. Capitol one month before his arrest. The charges include accusations by federal prosecutors of Cua assaulting an officer on the Capitol grounds, illegally entering the Capitol building, and civil disorder.

Federal prosecutors have said photos and video images show Cua was one of the few individuals to enter the U.S. Senate Chambers during the violence in D.C., and he entered the building with a baton in his hands.

In a February hearing, United States District Court for the Northern District of Georgia Federal Judge Alan Baverman denied Cua's request for bond and the judge stated he took serious issue with social media posts prosecutors claimed Cua made since Jan. 6., including "Peaceful protests don't work," or "I'll lay down my life," and "the Capitol is just the beginning of the revolution."

The undated letter, which isn't addressed to a specific judge is described in court documents as being written by Cua, "on his own accord and sent it to his parents, requesting that it be filed. His parents, in turn, sent it to counsel."

In the letter Cua wrote, "Your Honor, I understand that you are concerned that I may be a danger, that I may act upon things I said. Given how inappropriate my social media activity was, I truly understand your worries, and I appreciate you taking time to really consider the options. I would like to strongly assure you that I am not a danger to anyone, and I will absolutely never act on what I said."

Cua also wrote that he has learned his lesson during his month in custody, including over two weeks in isolation, and if released from custody he added, "I promise I will not step one foot out of line."

In the letter Cua states, he didn't consult with anyone on writing his letter, wants to be reunited with his parents and wrote, "I have completely lost those aggressive feelings and moved on from the entire political idea. I was wrong."

"Absolutely not and particularly to the part of I was wrong, or a confession or something of that nature," Williams said.

When considering a bond, Williams said a federal judge considers if the defendant will be a threat to the public or a flight risk. While making that consideration, Williams said the accusations against Cua present a large hill for the teenager to get over.

"The offense is you basically engaged in insurrection and tried to topple the government and it was done in such a way that it wasn't just a joke or just meaningless," Williams added.

During the February hearing, Cua's parents offered to serve as his custodians, if he was released, as he awaits trial. Cua's father during the hearing testified he drove his son to Washington D.C., attended then President Donald Trump's rally near the capitol, along with his wife and son, but didn't enter the building with his son. Baverman said he wouldn't approve of Cua's parents as custodians since he believed they are partially responsible for the 18-year-old's alleged actions.

In a separate court filing, Cua's attorneys are also providing alternative custodians to monitor the 18-year-old if he was released from custody.

The name of the couple is redacted, but they're described as "alternate third-party custodians," who are "long-time residents of Milton, Georgia. They have known Bruno Cua for more than eight years and have hired him multiple times to do odd jobs. They can provide him with the opportunity to do additional jobs such as yard work, repairs, and clean-up of their property if he is released to them."

In an attached e-mail the couple writes "We do not take this responsibility lightly."

On March 3, court records show Cua entered a not guilty plea for all 12 charges during an arraignment hearing, and United States District Court for the District of Columbia Judge Randolph Moss scheduled May 10 as Cua's tentative trial date.