An election official endorsed the new machines' accuracy, but admitted - its not the future of voting. 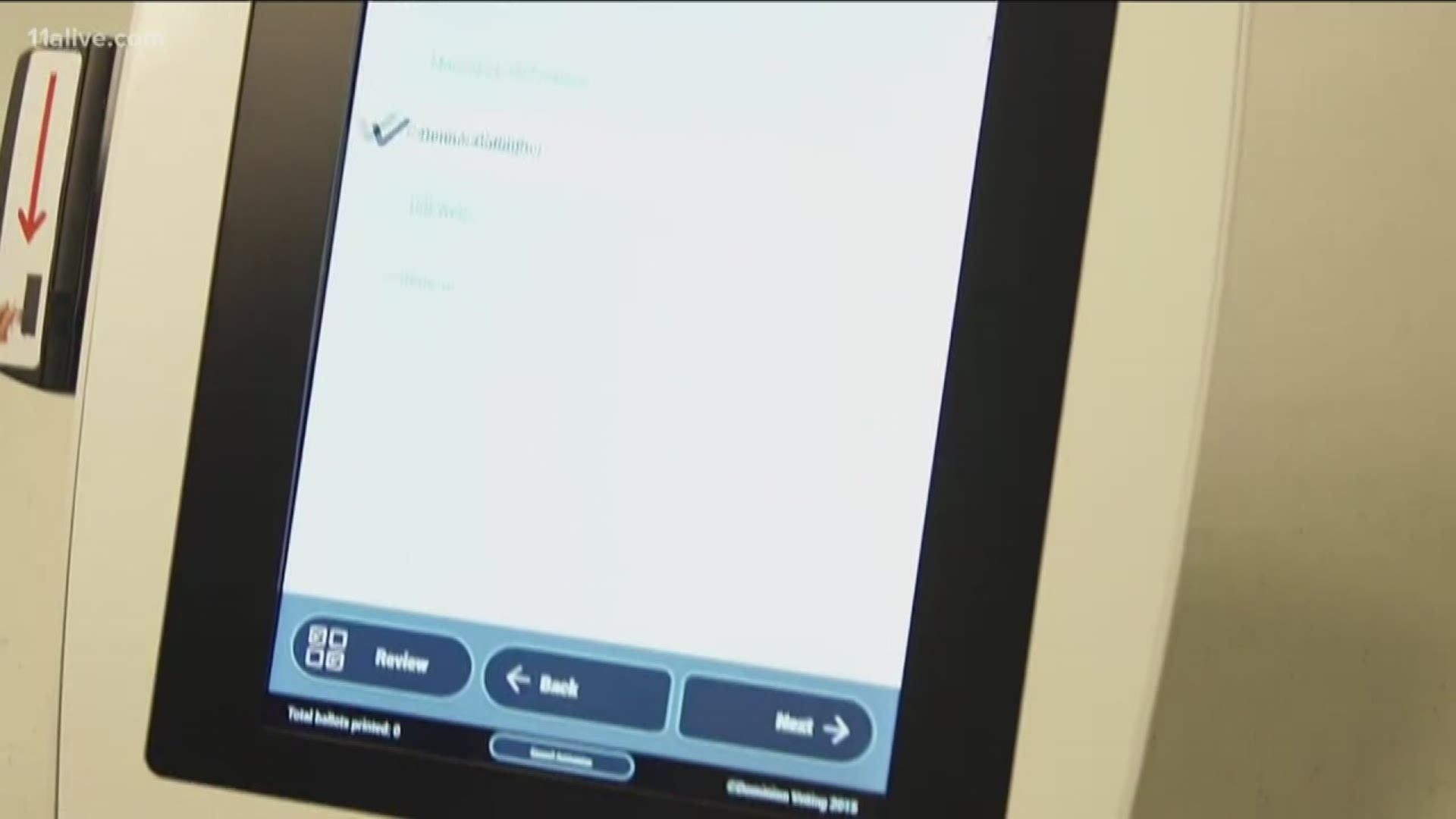 ATLANTA — The future of voting is not the new machines chosen this week by the state of Georgia. That’s the assessment of a Colorado election official who used the machines made by the company chosen to replace the state’s old voting machines.

Her assessment of Georgia’s choice has an upside, however.

A company called Dominion Voting Systems has been operating in Colorado for four years and will start in Georgia this year.

“In my experience, they’re very good,” said Amber McReynolds. She was the elections director in Denver for seven years and was an early supporter of that city’s new Dominion voting system.

"That’s their official vote. So, you’re forcing a voter to cast a vote that he can’t read,” said Marilyn Marks of the Good Governance Coalition, which has sued the state of Georgia over its current 2004-era voting system. The state plans to replace that system with a Dominion system.

But McReynolds says the barcodes were accurate in Denver, and hand audits and recounts would consistently back them up.

“Often, when there was a mismatch, it would be because of a human error in the hand count," McReynolds explained. "The machines normally actually are more accurate than hand counts.”

Colorado’s system is also much different from Georgia’s. In Colorado, voters get ballots in the mail, which they hand mark. They drop them off in slots at voting centers, with the option to vote at a machine on election day.

McReynolds says voters in Colorado and several other western states prefer having the choice, and more than 90 percent of them opt to use the ballots they get in the mail.

“Vote by mail – I think that’s the future,” McReynolds told 11Alive. “Voters, once they experience that, are going to start demanding it elsewhere.”

Police warn women to be on alert in Clayton Co. as serial rapist terrorizes community