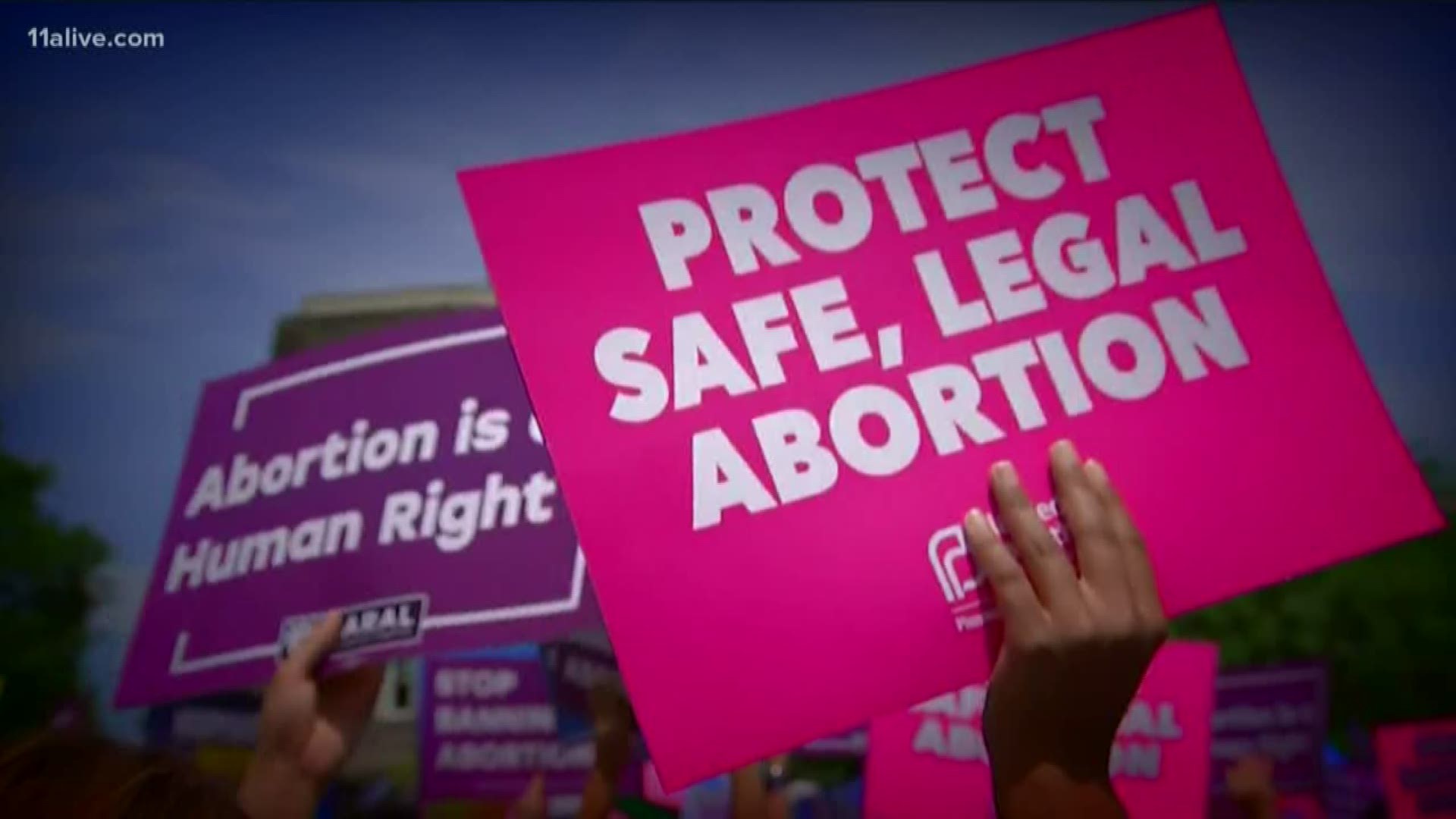 ATLANTA — Tuesday morning, the ACLU of Georgia, together with the Center for Reproductive Rights and Planned Parenthood filed a motion seeking to block implementation of Georgia's new "heartbeat" abortion law from taking effect in January 2020 until a final decision can be rendered on the law's constitutionality.

The original Georgia lawsuit, filed in June, challenged the abortion law, which effectively bans abortion in the state of Georgia once a fetal heartbeat can be detected, or approximately six weeks following conception.

"This law is an affront to the dignity and health of Georgians," the 37-page lawsuit states.

"It is, in particular, an attack on low-income Georgians, Georgians of color, and rural Georgians, who are least able to access medical care and least able to overcome the cruelties of this law. Georgians face a critical shortage of reproductive health care providers, including obstetrician-gynecologists, and the rate at which Georgians, particularly Black Georgians, die from pregnancy-related causes is among the highest in the nation."

There is some research to back up their claims.

According to data from the American Association of Medical Colleges, the nation will be facing an overall shortage of more than 100,000 physicians by 2030, based on a 2017 study. In Georgia, data from the state senate indicates that 79 of the state's 159 counties do not have a single obstetrics provider.

The maternal mortality rate in Georgia -- especially among black women -- is among the highest in the nation, as detailed by the Georgia Department of Public Health and chronicled in 11Alive's Mothers Matter digital series. According to a report from the Georgia Department of Public Health, black, non-Hispanic women were 3.3 times more likely to die due to pregnancy-related complications than white, non-Hispanic women.

The federal lawsuit, filed jointly by civil liberties and women's rights groups, lists Kemp, Attorney General Chris Carr and other state officials by name as defendants in the suit.

The measure itself was signed into law by Gov. Brian Kemp in May, following a contentious debate in the General Assembly.

The law does make certain exceptions -- in cases of rape or incest, a woman may be permitted to have an abortion under the terms of the new law up to 20 weeks following conception. Also, the law will permit an abortion if the woman's life is in danger.

When Kemp signed the law, his office was already preparing for legal challenges. The governor has said that he would vigorously fight any lawsuits.

When the ACLU's suit was filed in June, Carr's office released a statement that said they would be working vigorously to defend the law.

The state's robust film and television industry has already responded with protests and threats to pull productions out of the state. High-profile figures from entertainment and politics have already called for boycotts against the state of Georgia.

Others, including former Democratic gubernatorial candidate Stacey Abrams, have worked to keep productions and associated businesses in the state, indicating that boycotts would have unintended consequences that would harm local workers in the state.

So far in 2019, 37 states have introduced legislation limiting abortion. Twelve states have passed them, including Georgia. None of the new abortion legislation has taken effect, thus far. Some of the laws have been temporarily blocked by court order, while others are being challenged ahead of their effective date.

At this point, the court will take time to consider the brief that was filed Tuesday morning.

According to prosecuting attorney Latonia Hines with the Cobb County Solicitor's office, the state will likely file a responding brief to have considered by the court before a decision is rendered.

She told 11Alive on Tuesday that other judicial districts have rendered decisions fairly quickly, however, there is no way to determine how long this court will take to make its decision.

"There may be major implications regarding how a decision here may affect not only Georgia but other states who may consider the decision here, in bolstering their argument one way or another," she said.

As of early Tuesday afternoon, there had been no response to the request for injunctive relief from Gov. Brian Kemp or anyone else named in the federal lawsuit.