Democrat Nabilah Islam is petitioning the Federal Election Commission with the argument that it will make running for office more accessible. 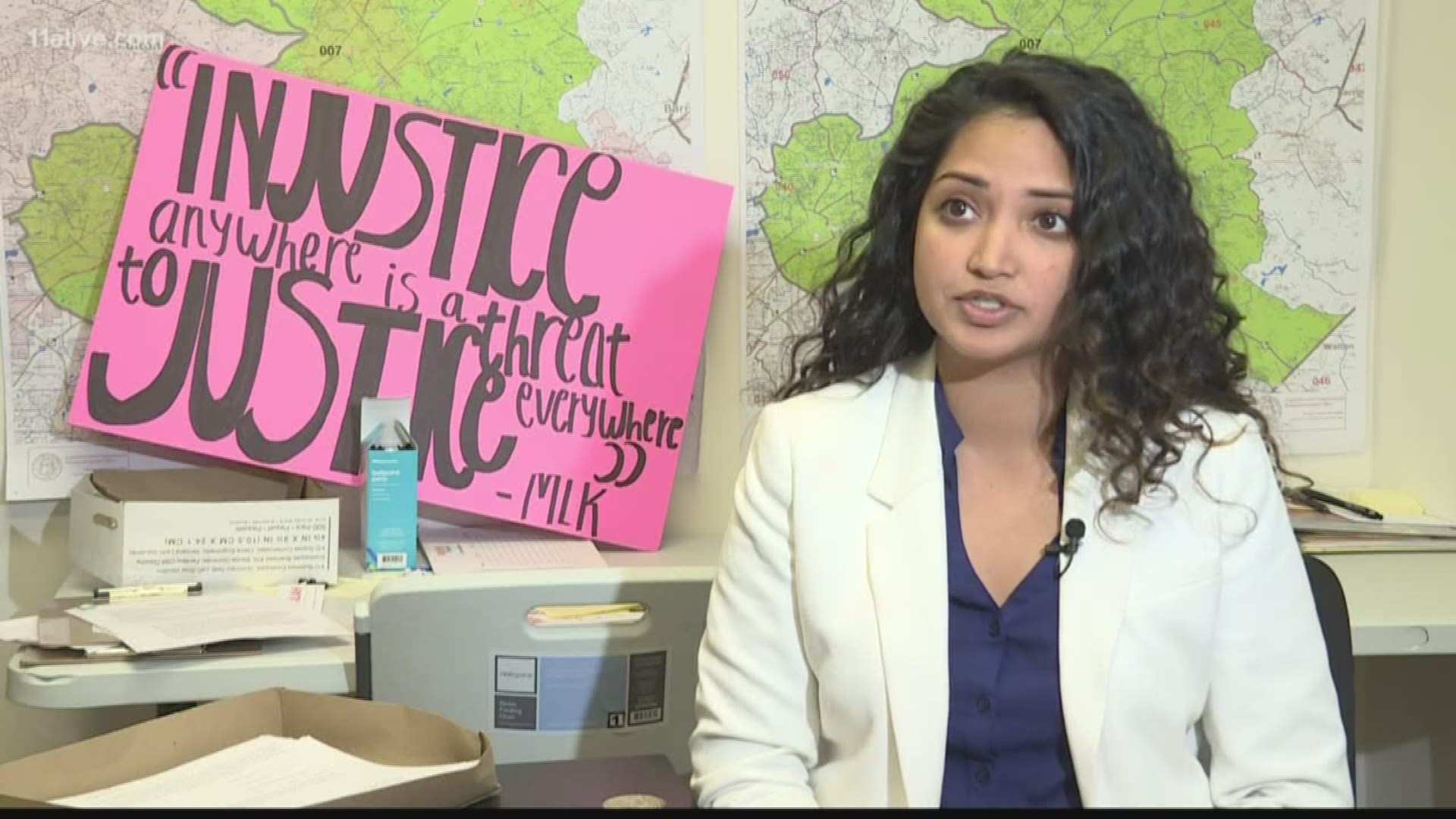 ATLANTA — An Atlanta-area congressional candidate is making a novel argument to the Federal Election Commission (FEC) in an effort to better democratize elections: That allowing candidates to use campaign funds to pay for health insurance will make it easier for people from marginalized communities to run for office.

Nabilah Islam is among the Democrats running in Georgia's 7th Congressional District, a seat that will be vacated by Republican Rep. Rob Woodall.

"I think what I want to do is give this community a voice, a voice it’s never had, reflective representation of someone who has actually lived the shared experiences of the people who live here," she told 11Alive.

In her letter to the FEC seeking an advisory opinion on whether she can use campaign funds to pay for health insurance, she argues "running for Congress is an expensive endeavor and often cost prohibitive for working Americans."

People from marginalized communities, she said in a release, are held back from running for office by the financial burdens of everyday living.

"Congress is overwhelmingly white, wealthy and male - and there’s a reason. Working-class women and people of color like myself want to run for office - but electoral campaigns lock out people without massive bank accounts,” she said in the release. "It’s time for the FEC to remove a crucial barrier that stops working women from running for office, and let us spend campaign funds on healthcare."

Describing her as "Atlanta's own AOC (New York Rep. Alexandria Ocasio-Cortez," the piece describes how Islam is working with a political consultant, Monica Klein, who has previously successfully petitioned for the FEC to allow a candidate to use her campaign funds for child-care expenses.

Her letter argues that FEC regulations list a number of expenditures that fall under an automatic definition of personal use, but does not list health insurance among them.

"Due to the full-time nature of campaigning, I have been unable to continue working, even part-time, and I can no longer afford the cost of my health insurance," Islam wrote. "Under the current rules, I have also been unable to take a salary from my campaign, due to the limited time frame specified in the law."

Islam told The Post her goal was not just to make running in elections more feasible for working-class people, but to make Congress more representative of the public at large.

And, with that, produce policy more closely aligned with public interests.

“I really believe that we need more people like me, more people with my working-class background who grew up with parents that worked low-wage jobs,” she told The Post. “If there are more Nabilahs in Congress, I assure you, things like Medicare-for-all, things like a living wage, $15 an hour, would just be a no-brainer.”

Her letter cites a number of statistics for why this is imperative - nearly 40 percent of members of Congress are millionaires, and of those members only 22 percent are people of color and 23 percent are women. It also outlines the costs of health care - more than $7,000 on average for annual single coverage in 2019.

"In order to launch a successful campaign, most people must forgo full-time employment - the source of some or all of health insurance payments for nearly most non-elderly Americans," Islam wrote to the FEC. "...The ability to use campaign funds to pay for health insurance would be a small step towards lowering the barriers for working class people who are considering running for office."