Georgia's Democratic delegates would usually be in Milwaukee meeting in person, creating a game plan to mobilize voters. Instead they've spent the week on Zoom. 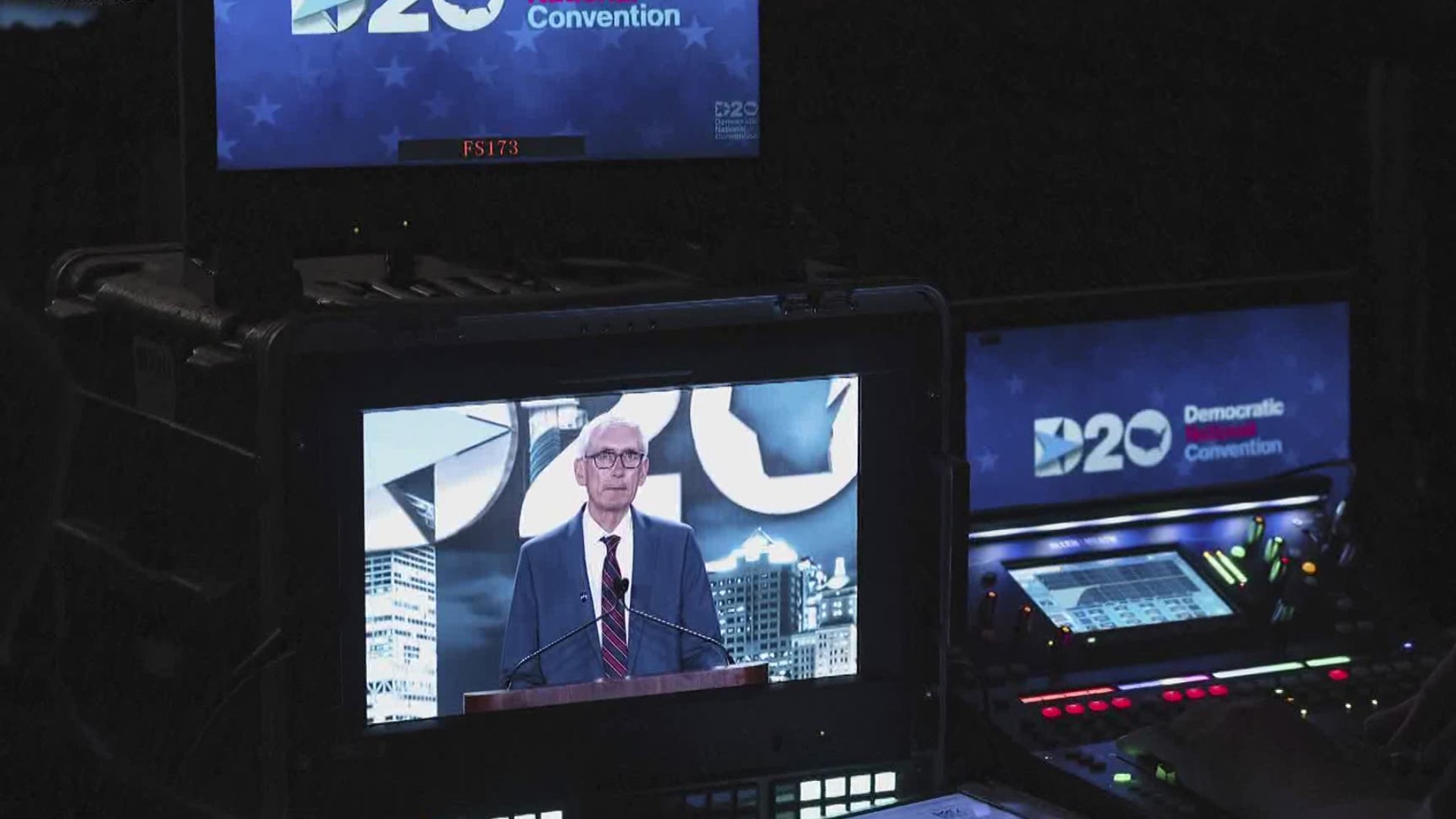 ATLANTA — During normal, times Georgia's 100-plus Democratic delegates would have been in Milwaukee this week for the Democratic National Convention, game planning and getting energized to come back to Georgia and mobilize voters ahead of November's election.

And next week, Republicans would be doing the same at the Republican National Convention, originally slated to be in Charlotte.

This year's conventions, though, aren't happening in normal times.

This year, the DNC has been broadcast from a small room inside Milwaukee's Wisconsin Center - with no crowds - instead of taking place in front at thousands inside the city's much larger NBA arena.

"I accept your nomination for vice president of the United States of America."

In a normal convention, Harris would have then received a standing ovation. Instead, she paused for a matter of seconds and continued with her emotional and historic acceptance speech.

"You couldn't get that crowd support and noise. As you know, good speakers always play to their audience," Georgia State Sen. Emanuel Jones explained.

Jones is one of the state's delegates and has previously attended many conventions. He said, personally, he found himself hanging on every word of Harris' speech, despite the lack of crowd and energy in the room.

But he understands why television viewership is down for a virtual convention, during a pandemic.

"We have a lot of distractions in our life," Jones said. "We are dealing with the worst crisis that we have in over 100 years in this country. There are a lot of people that are hurting out there, and we've got to be sensitive to that."

According to data from the Nielsen Corporation, viewership data on network and cable television for the first day of the convention showed 18.8 million people nationwide tuned in. That's compared to 25.95 million in 2016, a drop of more than 27 percent.

However, TJ Ducklo, National Press Secretary for the Joe Biden campaign, tweeted after the first night of the DNC that a record number of people were streaming the convention online.

NEWS: 28.9 million Americans tuned in to @DemConvention last night across TV & digital platforms, up from 2016 & shattering the previous record for digital streams, which totaled 10.2m even as numbers still come in.

We are producing a digital convention, and people are watching.

"Conventions are for party activists, it is to get them excited so they can continue to campaign ... for their candidate," said 11Alive's political analyst and Emory University professor Dr. Andra Gillespie.

While people around the country tune in, she said the conventions are most important for the delegates who typically would be in attendance. With no crowd noise or applause - the focus is on the speeches and messages being delivered.

"With the lack of cheering you can actually hear," Gillespie said. "I know from personal experience having been in the room when certain things happen, you can barely hear what is going on. Sometimes some of the video vignettes don't usually get the type of attention they would get if everybody is having a sidebar conversation. If you have 30,000 people in an arena and everybody is talking to each other, you can't hear what is going on."

As people around the country are watching the virtual convention, delegates are meeting virtually to get business done. Typically at a convention - aside from what America watches on television - delegates throughout the week hold meetings, breakfasts, and cocktail hours in hotel ballrooms and conference rooms throughout the host city.

"We have some really serious meetings where we will sit down and talk about strategy and how we can continue to grow our Democratic party in the great state of Georgia," Jones said.

Daily convention meetings this year are taking place on Zoom, which Jones admits is a bit less personal, but he said they are still making sure the state's delegates have, and understand, the game plan to mobilize voters from now until November.

They're also still hearing from top names in the party, who would usually drop by the delegate meetings to meet everyone in-person.

Jones said after the convention ends, the real work begins. This year the party is putting a strong focus on reaching voters digitally and by cell phone due to the pandemic.

It's the reality of an election in abnormal times, a challenge both Democrats and Republicans will have to deal with in the coming weeks and months.

"What is really important is for the parties and the candidates to organize their supporters, organize their volunteers to figure out how you make sure you give everybody a phone call or a personal text message so you can engage in a conversation and dialogue with voters," Gillespie said. "It may not raise turnout as high, as much as if you were talking face-to-face with somebody on their doorstep, but it can increase voter turnout, and especially given the level of enthusiasm and excitement about this election cycle, in general, this could go a long way to making sure that as many people get to vote as possible."

Gillespie added in close races, the party that proves they have the strongest field crews could prove to be a deciding factor come November.