What's next for Georgia's 'Heartbeat' law?

A federal judge put the restrictive law on hold Tuesday. 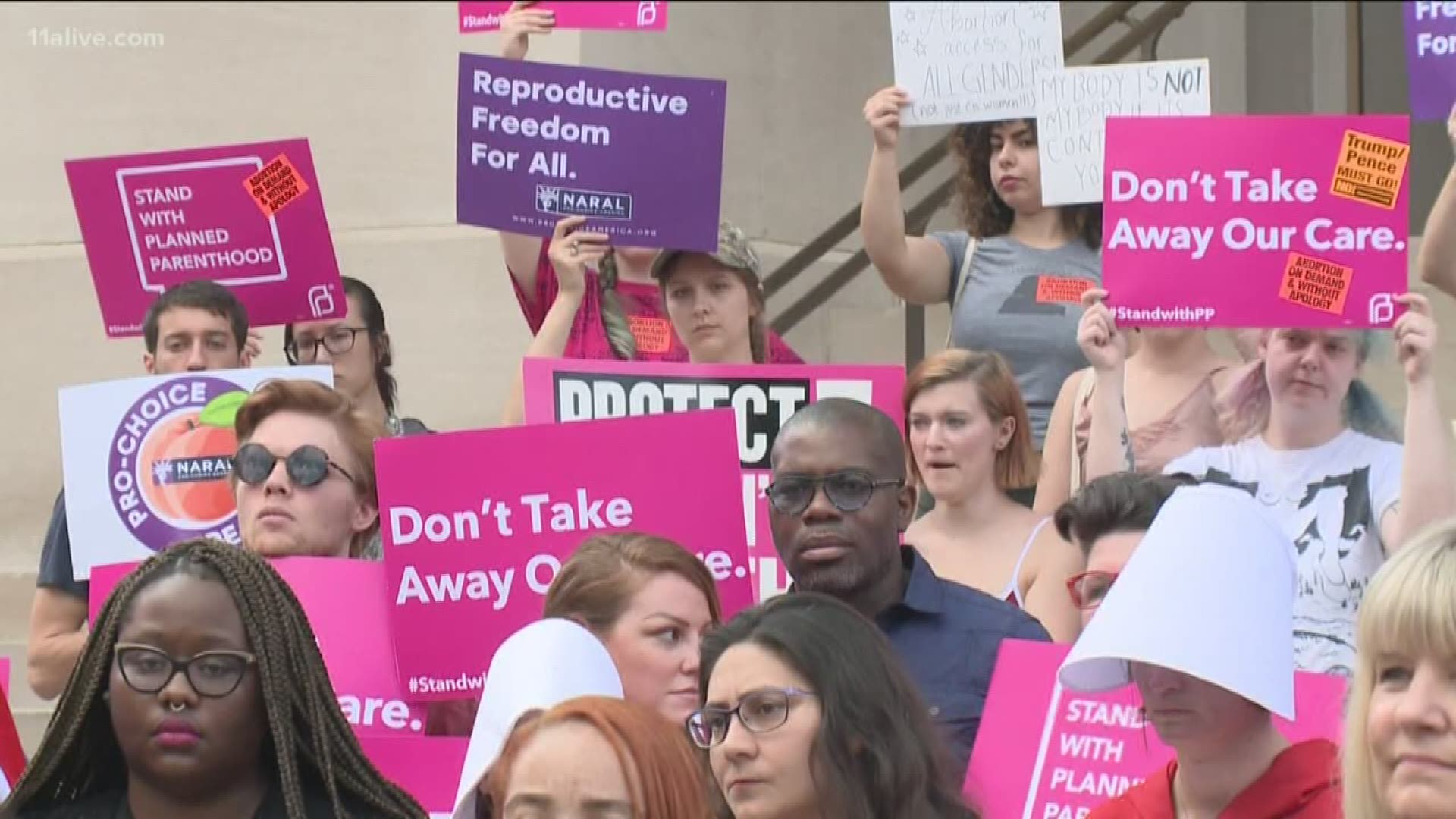 "This is an important victory for women in Georgia. We will continue to have access to full reproductive rights," said Andrea Young, executive director of the ACLU of Georgia.

Shortly after Gov. Brian Kemp signed the law in May, the ACLU filed suit. The restrictive law bans abortions after a fetal heartbeat has been detected, usually around the six-weeks mark.

"The Supreme has repeatedly and unequivocally held that a State may not ban abortion prior to viability," District Judge Steve C. Jones wrote.

In the filing, Jones said that the state "failed to refute the critical fact that H.B. 481, by prohibiting a woman from terminating her pregnancy after a fetal heartbeat is detected, bans abortions prior to the point of viability."

"As this prohibition is in direct conflict with current Supreme Court precedent, which this Court is bound by and must follow, Plaintiffs have therefore established a substantial likelihood of success on the merits with respect to Count 1," Jones added.

Roe established "viability" as between 24 and 26 weeks of pregnancy.

"Every single federal court that has heard a challenge to this kind of an abortion ban, has struck it down. That's not surprising. Because under 50 years of Supreme Court precedent, these kinds of bans are unconstitutional," said Sean Young, legal director of the ACLU of Georgia.

"Despite today's outcome, we remain confident in our position. We will continue to fight for the unborn and work to ensure that all Georgians have the opportunity to live, grow and prosper," the office said in response.

The lawsuit is expected to last through the New Year when the law was scheduled to take effect. Jones wrote part of his decision to put the law on hold was the maintain status quo during the litigation.

Many anti-abortion activists are hoping the Supreme Court will eventually get involved.

"I'm not surprised. I'm not thrilled it's having to fight its way through the courts," said Virginia Galloway with the Faith and Freedom Coalition. "But maybe this is an opportunity for the courts to finally get this right after all this time."