Some call the shirt's message free speech; others feel it is a direct threat to journalists. 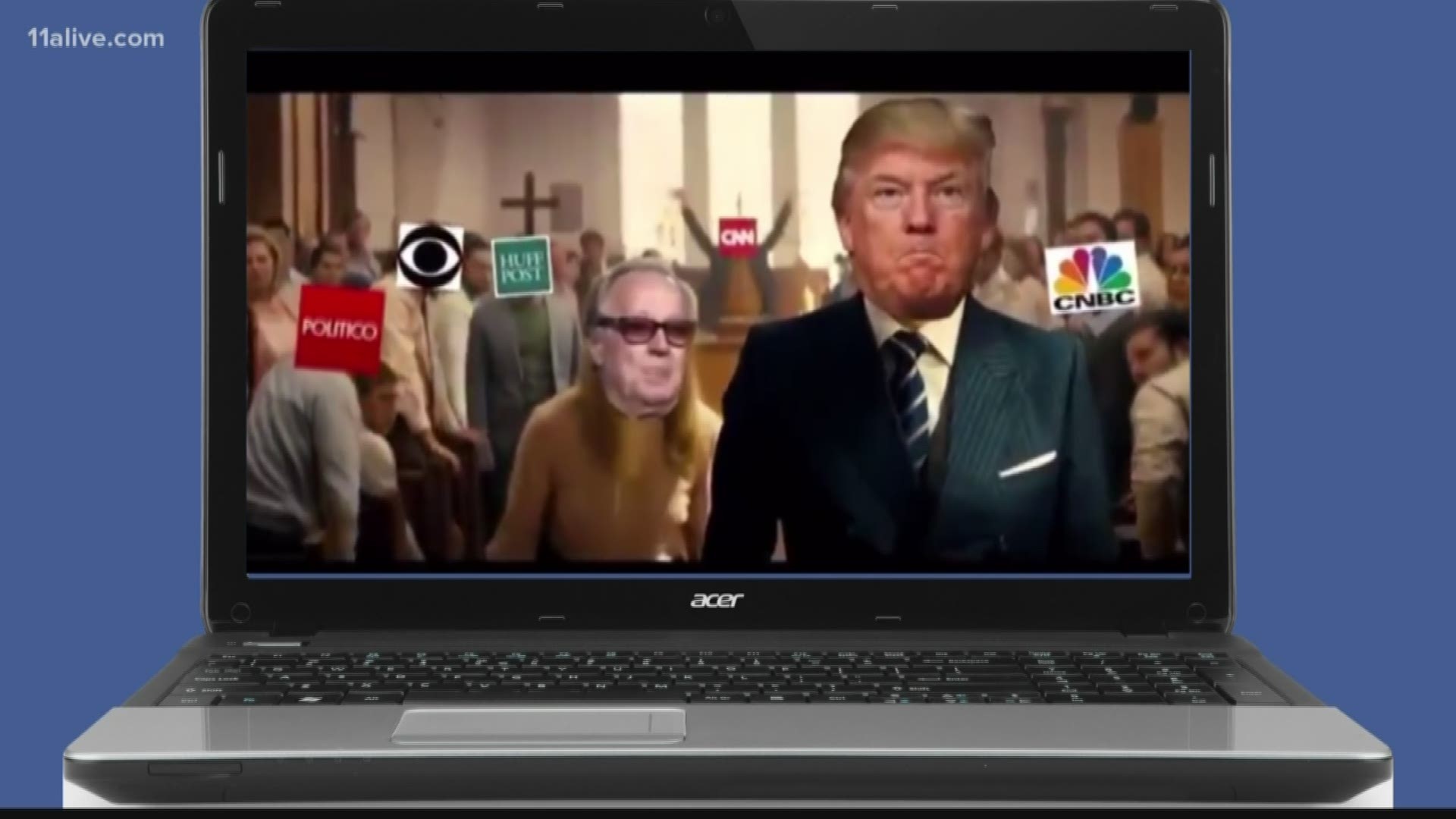 ATLANTA — A United Airlines customer complained this week that the air carrier did not remove another passenger from a flight he was on while wearing a t-shirt which suggested that journalists should be lynched.

A photo, which was forwarded to CNBC by the complaining customer, showed the shirt bearing the words, "Rope. Tree. Journalist. Some assembly required."

The customer pointed out the shirt to a flight attendant as he moved to his own seat, and said that he considered the message on the shirt a death threat.

A number of airlines have removed travelers for what have been called "inappropriate" attire in the past.

In June, Dr. Tisha Rowe, a Texas physician, was asked to step off of an American Airlines flight and cover herself with a blanket before being allowed to re-board because her strapless romper was deemed "inappropriate" by flight attendants.

In an interview with 11Alive's Houston sister station KHOU, Rowe said she felt embarrassed and humiliated by the experience.

Two separate cases in 2011 resulted in men being blocked from flights after clashes with flight attendants who asked them to pull up sagging pants. Green Day singer Billie Joe Armstrong was kicked off a Southwest Airlines flight. A University of New Mexico college football player was removed from a USAirways flight in the other incident.

According to the Washington Post, each airline's dress code is spelled out in its individual contract of carriage.

Atlanta-based Delta Air Lines says is someone's clothes create an "unreasonable risk of offense or annoyance to other passengers," they can refuse to allow that person onboard a flight.

Southwest, American and JetBlue use the terms lewd, obscene and offensive to describe clothing that would allow them to bar a passenger.

United Airlines says it can refuse service to a passenger who is barefoot or "not properly clothed."

The t-shirt with the potentially threatening message on it creates a unique situation. While many people consider messages on t-shirts to be a place for free speech that would be protected under the First Amendment, offensive or threatening messages can create an entirely different situation.

“Direct threats against other people have no place in society, and absolutely no place in planes. This is not free speech. It is a direct threat and our training makes clear this is to be treated as a security threat,” said Sara Nelson the international president of the Association of Flight Attendants-CWA. “However, a scenario like this is not a focus of our training because no one would have guessed that someone would feel emboldened to do such a thing. It is a direct result of the behavior of the president and those of us on the front lines of aviation are facing new conflicts and dangers at work because of it. It is inexcusable and we condemn the statements made against journalists.”

With an increasing level of potential violence against journalists, US Sen. Richard Blumenthal (D-Conn.) proposed a bill on Tuesday that would make threatening or attacking journalists a federal crime.

The sister of the United Airlines customer who complained about the shirt, Jessica Sidman, is an editor at Washingtonian Magazine.

After she tweeted the image, it was retweeted thousands of times, and received more than 3,000 comments, with some calling the message on the shirt free speech, while others referred to the message as a direct threat.

The shirt was previously available for sale in Walmart stores, but the chain discontinued sales in 2017. It is, however, presently available for purchase on Amazon and other online outlets.

76 bullets and a mother's quest for justice