Atlanta could help decide the Democrats’ 2020 nominee for President

Polling shows the African American vote in Atlanta, especially, will be crucial in selecting the winner of the 2020 primaries. 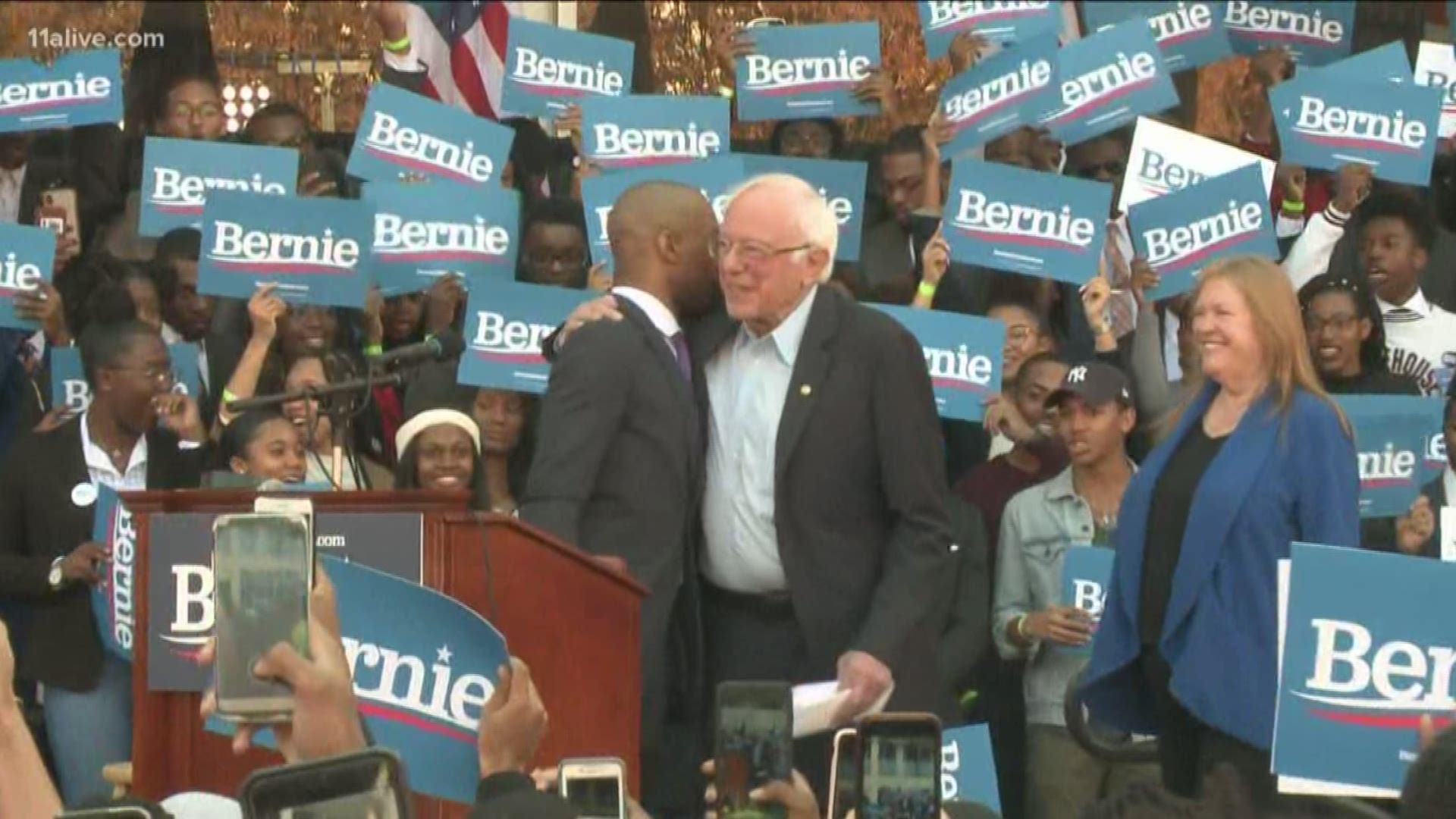 ATLANTA — All of the Democrats running for President know that getting the African-American vote is crucial to winning the nomination next year.

That’s why they were campaigning so hard in Atlanta for most of the past week, before and after Wednesday’s MSNBC/Washington Post debate here.

So, it’s a big reason that Atlanta voters may be a huge factor in deciding who the nominee is next year.

As of now, there is skepticism - even cynicism - among many black voters in Atlanta.

With so many Democrats running for President—candidates who are now gone from Atlanta for the time being, after spending several days working African-American crowds almost exclusively, trying to win the black vote—many voters are frustrated with what they’ve heard.

“Lots of pandering,” said Natalie Moore, who is black, speaking on Sunday with 11Alive outside her Atlanta church after services.

She’s hoping the field narrows - and soon - because she says, “right now I honestly feel that we don’t have a standout candidate who represents the African-American community. There’s not one that stands out. Not Kamala [Harris]. Not Corey [Booker]. Even Uncle Joe Biden,” she said.

Joseph Decatur, who is also black, said he questions the candidates' motives.

“They show up at a black church sometimes to say that ‘I was there,’” Decatur said. “But the question has always been, where were you and what are you doing for us before and after you show up here? People say what they want you to hear. And when they get your vote, they forget all about you.”

“Because they can’t win the nomination without the support of African Americans,” she explained.

Gillespie, along with NBC News Political Director Chuck Todd, point out that polling shows Biden is the runaway leader among African-American primary voters, with 50 percent of the black vote, so far—voters who tend to be older.

So, NBC News polling shows, 61 percent of Democrat black primary voters consider themselves to be moderate to conservative, which is one of the main reasons they support Biden over more progressive or liberal candidates.

But Gillespie said if Biden falters early, and if there is a breakout star in the Iowa caucuses and the New Hampshire primary, “then that might actually cause African-American voters to give that other candidate a second look.”

And then, she said, Biden’s black support even in the South could begin to fall apart.

“They are looking for somebody who they think is electable. If Joe Biden gives a hint that he’s actually not electable … that would actually give African-American voters cause to look for an alternative candidate," Gillespie explained.

RELATED: Why did the Democrats choose Atlanta for their fifth debate?

"All of the Democratic candidates are saying the right things with respect to race. Most of them are talking about how they want to engage African-American voters and African-American issues," she added. "Some people have a track record of having done that. For those who are actually new to the game, who don’t have a history of having addressed racial issues in a thoughtful, compassionate way, it’s not surprising that some people are skeptical of that, that [the candidates] are going to have a greater burden of proof in order to demonstrate their sincerity.”

Natalie Moore said she is more than ready to size up the field, once the primary season begins to define the strongest candidates.

“Right now, I honestly feel that we don’t have a standout candidate who represents the African-American community.”

And earning that title in Atlanta could go a long way to winning the nomination.

'I think he won my vote': In Atlanta, Andrew Yang shows off a movement that just might crack the mainstream