Joe Biden officially becomes the president-elect of the United States

The Electoral College voted to affirm Biden's presidency on Monday. 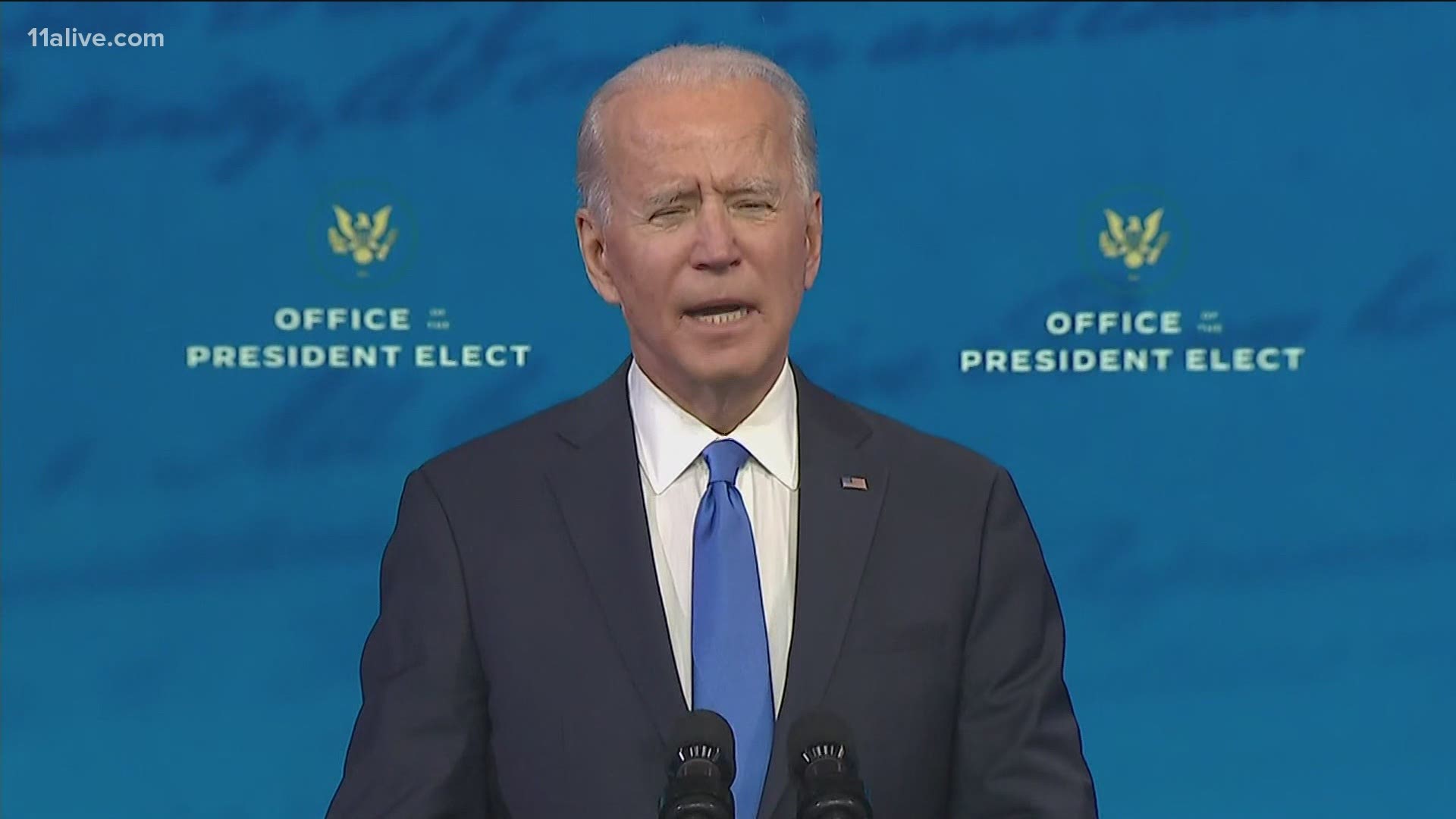 WILMINGTON, Del. — It's official. The electoral college cast its votes on Monday, formally electing Joe Biden to be the 46th President of the United States.

Shortly after clearing the 270 vote mark needed to affirm his presidency, Biden addressed the nation from Delaware saying the constitutional process worked, "what beats deep in American hearts is democracy.”

"The Trump campaign brought dozens and dozens of legal lawsuits ... no cause or evidence was found,” he said.

Electors in Georgia took just over an hour to vote for Joe Biden and Kamala Harris, cementing the state's electoral votes for the Democratic presidential candidate for the first time since 1992.

RELATED: Georgia elector: Joe Biden 'seeks to be the president not only of Democrats, but of all Americans'

One elector, Attorney Sachin Varghese said the moment was powerful.

“It was awesome. Quite frankly, I’m still glowing from it,” he said.

Meanwhile, President Trump has yet to acknowledge his defeat. The president's lawsuit contesting Georgia's election is still pending. Georgia Republican electors also met Monday to cast their votes for Trump according to Chairman David Shafer.

The next step in the presidential transition process is for the votes to be counted and authorized by Congress on Jan. 6. Biden is set to travel to Atlanta on Tuesday to stump for Democratic Senate candidates Jon Ossoff and Reverend Raphael Warnock.