The Democrat-controlled House is expected this week to vote to impeach President Trump--again. The Senate may not hold a trial until after he leaves office. 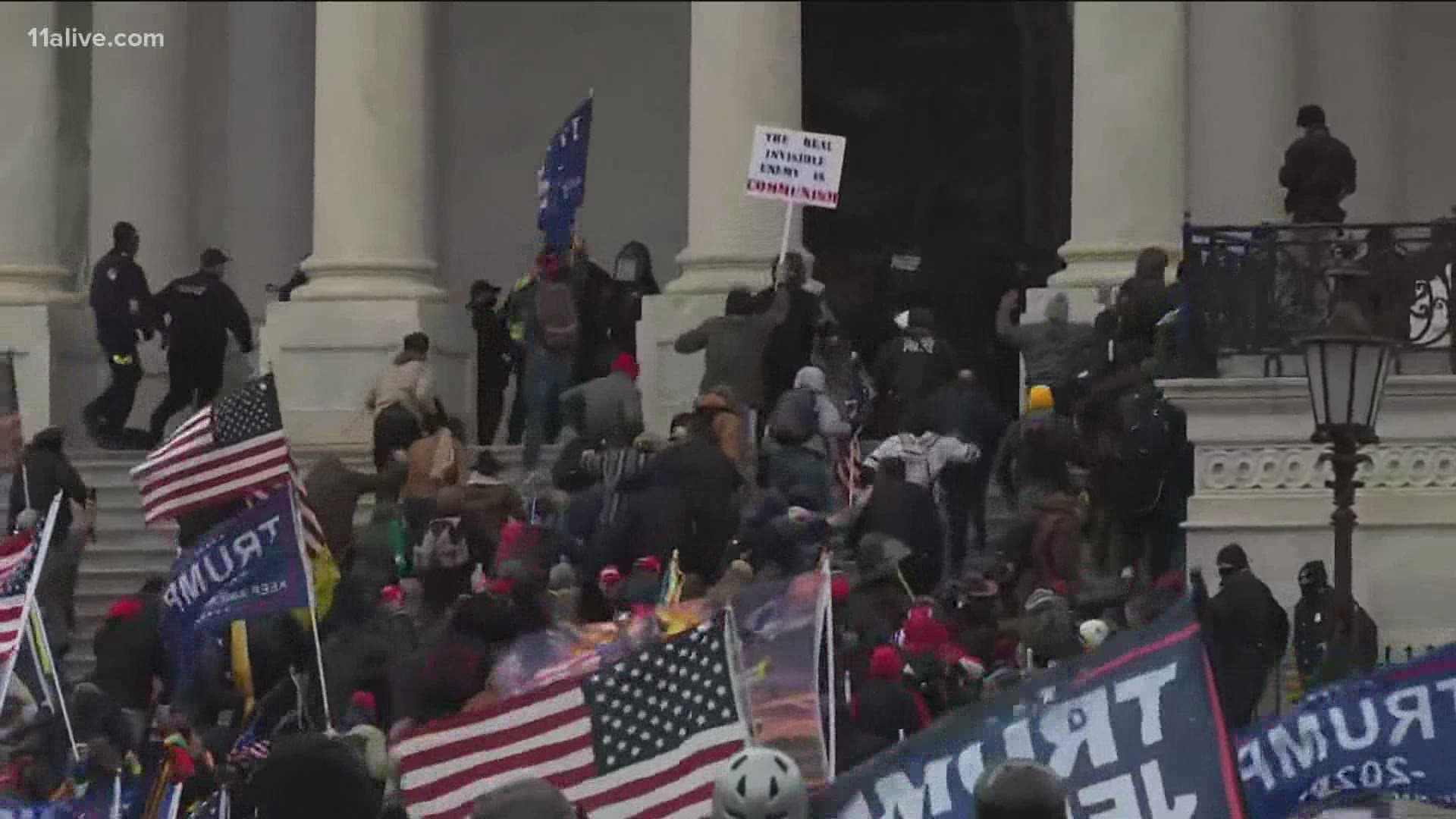 ATLANTA — This week, the Democrat-controlled House is expected to vote to impeach President Trump again, this time charging him with inciting the insurrection at the Capitol last week.

Georgia’s House members are likely to split along party lines.

All-day Sunday, Rep. David Cicilline, Democrat of Rhode Island, who is the sponsor of a proposed impeachment article in the Democrat-controlled House against President Trump, was tweeting that more and more House members were signing on, in support.

Article One against the President, “Incitement of Insurrection.”

“It would make sense for the legislative branch to rise up against an executive branch that incited a riot against their own branch of government,” said Emory University Political Science Professor Andra Gillespie on Sunday in Atlanta.

Dr. Gillespie said that even if there’s no time for the House to vote on the impeachment article and, assuming it passes, deliver it to the Senate for trial prior to Trump leaving office on Jan. 20, the House would be voting on principle.

“I think the most important point (for the House) is making sure that you send a message,” Dr. Gillespie said, “and one that reverberates beyond generations, that it is by no means appropriate or constitutional for a president to incite a riot.”

All of Georgia’s six Democrats in the House support removing Trump from office, immediately, if possible.

As for Georgia’s eight House Republicans, they’re not confirming, yet, if they would vote against impeaching Trump.

Immediately after the insurrection at the Capitol last week, six of Georgia’s House Republicans tried to overturn the November election and keep Trump in office by opposing certification of Biden’s electoral college votes.

Gillespie said that, if public opinion in any of the GOP districts in Georgia shows signs of shifting against Trump, that could be a factor in whether any Georgia Republicans vote for impeachment.

If the House impeaches Trump, then one possible option would be for the Senate to put Trump on trial after he leaves office.

It would take bi-partisan support in the evenly-divided Senate to reach the two-thirds majority – 67 votes -- needed to convict.

Both of Georgia’s newly-elected Democrat Senators, Rafael Warnock and Jon Ossoff, would likely vote to convict.

“It’s something that’s going to be dealt with at the beginning of the Biden presidency,” Gillespie said. “And it’s going to, like a cloud, hang over this presidency until it gets addressed - until Congress decides how it wants to hold President Trump accountable for his behavior in last week’s riots.”

If the Senate does convict Trump, the punishment could include preventing him from ever holding federal office again.