In Georgia's capital, the governor will name his pick for the Senate. In the U.S. capital, a leading Georgia Republican will lead a fight against impeachment. 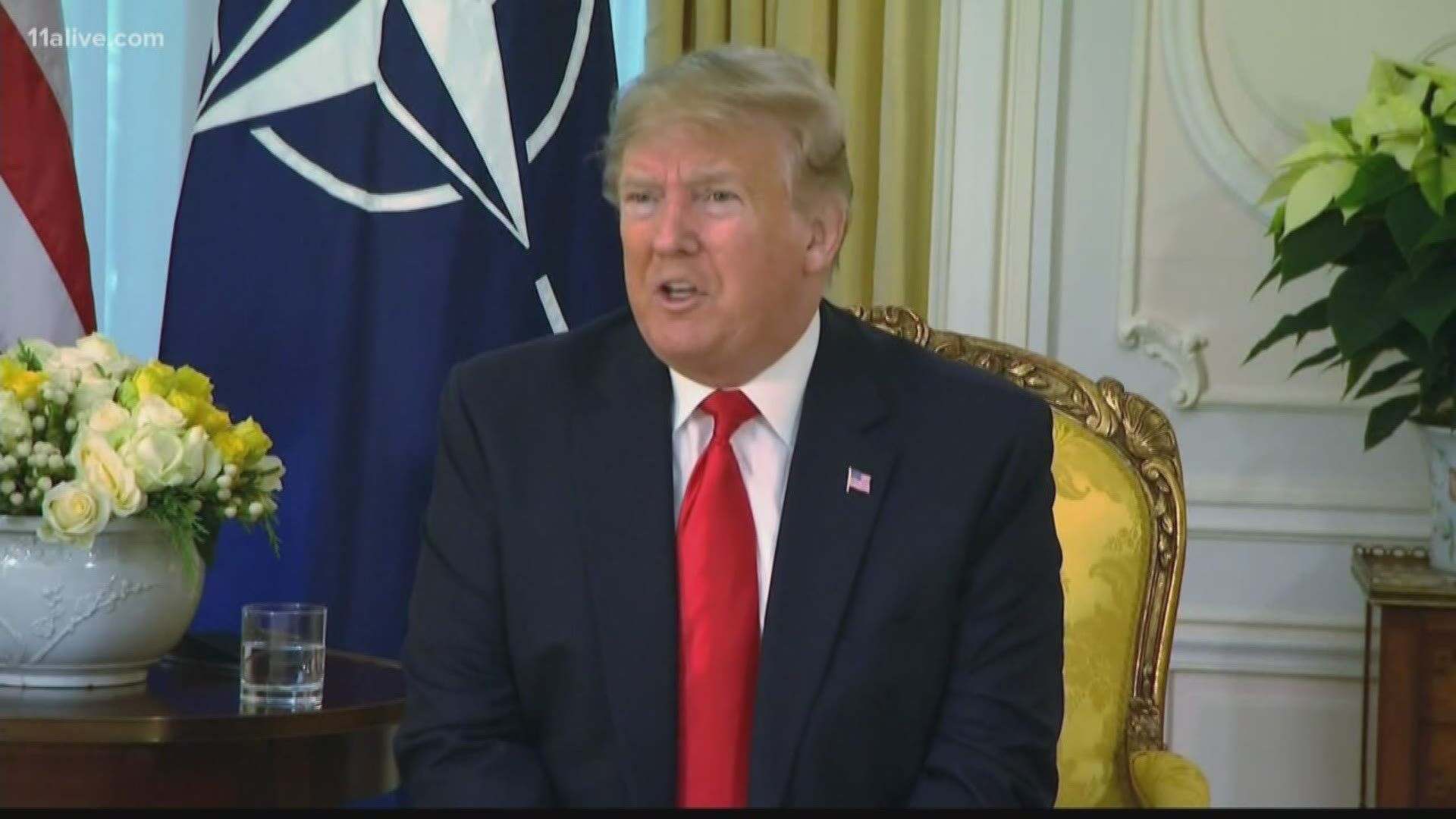 ATLANTA — Georgians can expect to see two national battles with direct ties to the Peach State when they turn on their televisions on Wednesday.

One will be Georgia's next U.S. Senator being named. The other will be the man who President Donald Trump wanted to take that seat, instead, begin his fight during the impeachment inquiry.

Meanwhile, Rep. Doug Collins, (R-Gainesville) will be the leading Republican voice as the House Judiciary Committee starts its hearings on the impeachment inquiry at the same time in the nation's capital.

The House Intelligence Committee released its findings on Tuesday.

The 300-page report accused President Trump of abusing his power in the Ukraine dealings for his personal political gain.

President Trump "undermined our national security in favor of two politically motivated investigations," the report states. But President Trump blasted the Democrats from overseas at the NATO Summit.

"I think it's very unpatriotic of the Democrats," President Trump told reporters Tuesday.

"Does it cast a cloud? Well, if it does, then the Democrats have done a very great disservice to the country, which they have."

With Collins about to take on a leading role in the President's defense and, reportedly, weighing a run for the Senate against Loeffler, he could be setting himself up to raise his profile.

"He really has really high name ID. He'll be able to build a following by being in front of people every day and fighting for what they believe in," Robinson said.

Georgia Democrats, meanwhile, seem content to sit back and watch the Republican infighting.

"I do think, now, that Democrats have a unique opportunity to put forth a moderate Democrat - he or she that can win," Tharon Johnson, Democratic consultant and owner of Paramount Consulting said. "Not only win Democrats in the state, but also independents and can appeal to the middle."

Don't expect any blockbuster witnesses in Wednesday's impeachment hearing. Instead, legal experts will testify about the ground for impeachment.