To vote or not: Impeachment investigation boils down to battle over process

Whether to vote on the impeachment inquiry has become yet another line in the sand between Republicans and Democrats. 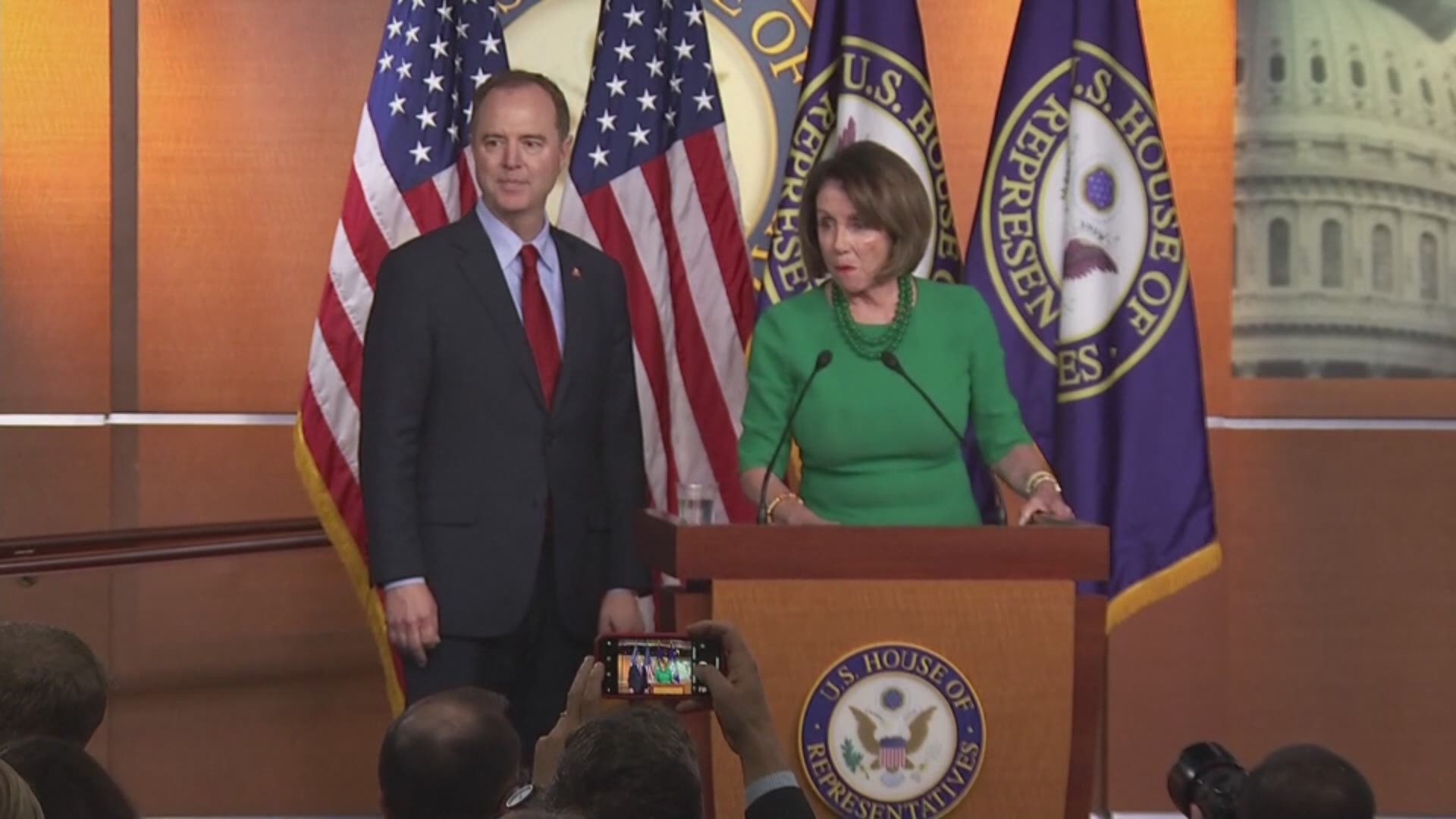 What House Democrats don't have is cooperation from the White House itself and many others close to the president, who call the process invalid. They're calling for a formal house vote on the impeachment saying they won't comply with subpoenas otherwise. And that is a vote that's key to both sides.

The formal "yea" or "nay" from lawmakers is a big point when you hear Republicans and other supporters of the president speaking about the impeachment process.

But House Speaker Nancy Pelosi said that's not happening right now, as a vote -or the absence of one - offers a strategical advantage.

Pelosi said that, for now, no vote is required and Democrats will continue with their impeachment inquiry, interviewing witnesses and officially requesting documents from key players.

So far, President Donald Trump, Vice President Mike Pence and the state department are among those who said they won't comply with subpoenas in the inquiry. President Trump said it won't happen without a full House vote to formalize the process.

But why would an official vote be such a sticking point for either party? To start, forcing representatives who face re-election next year to vote could impact the balance of power in the House. So far, even without a vote, Democrats have still been able to hear testimony.

Operating without the vote allows them control how to carry out the investigation and offers leverage if a vote is needed later. Looking back, the Nixon impeachment inquiry was never finished because he resigned and the House didn't vote to start the process until months after that investigation began.

But, a tweet from President Trump said "Republicans are totally deprived of their rights in this Impeachment Witch Hunt. No lawyers, no questions, no transparency!"

A formal vote could offer Republicans more influence in the process, potentially giving them the power to issue subpoenas and giving the president's attorneys a chance to cross-examine witnesses.

Some House members who attended meetings where witnesses gave testimony have complained about Democrats preventing them from asking questions. Democratic House Intelligence Chair Adam Schiff said that's incorrect, with questions divided equally among parties and staff members asking most of them.

Democrats have said they want to quickly finish the investigation as they get closer to the 2020 election, and a formal vote could take time - even as several polls show growing support from the public for impeachment.

Earlier in the week, there had been reports that Pelosi was reaching out to Democrats in swing districts to gauge their support for a possible formal vote. But, for now, she said it's not required under the Constitution and a majority of party members - 227 out of 235 - are in support of the probe as it is.

Democrats walk out of Trump meeting on Turkey; Pelosi says president had 'meltdown'

Another man is arrested in probe of Giuliani associates