Rep. Carolyn Bourdeaux was one of the first legislators, last week, to call for President Trump’s impeachment following the armed insurrection at the Capitol. 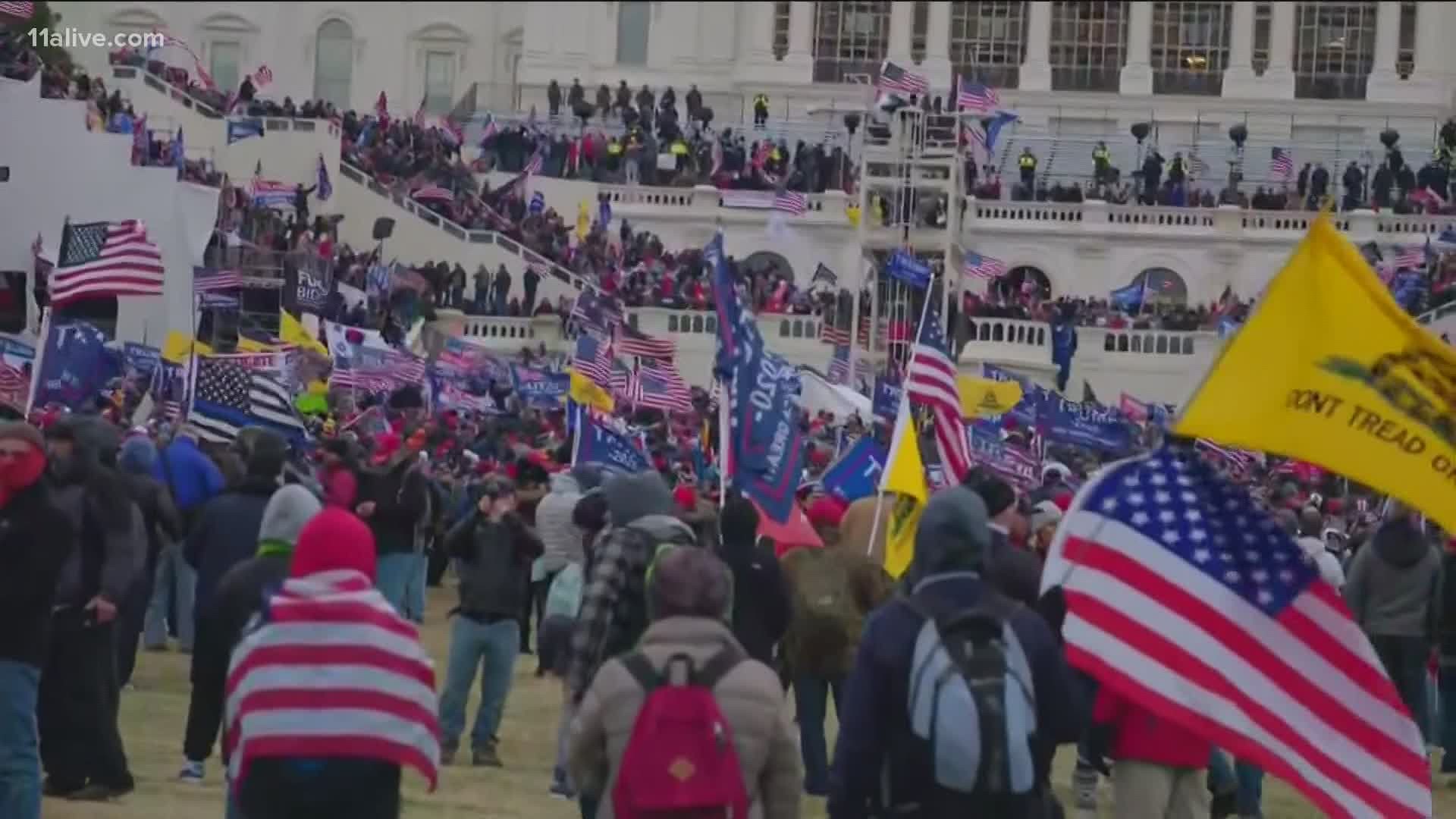 ATLANTA — On Wednesday, one week after armed rioters invaded the U.S. Capitol, the Democrat majority in the U.S. House is likely to vote to impeach President Donald Trump, charging him with inciting the insurrection last week at the Capitol.

At least one Georgia Republican House member has called the impending impeachment an unjust Democrat “coup,” while Georgia House Democrats believe that justice demands no other response than impeachment.

Among those who will vote for impeachment is newly-elected Rep. Carolyn Bourdeaux, (D)-GA-07, who was one of the first legislators, last week, to call on the House to impeach the president.

“There were armed protestors with flex-cuffs wandering the Capitol,” Bourdeaux said Monday, recalling the threats and the violence, “and outside on the Mall there was a gallows with a noose. This was a really dangerous and serious threat to our elected officials, to our democracy, and it requires a swift response, and it requires swift accountability.... They were incited by the President to do that. And they did it on the basis of lies about the election.”

Republican Representatives from north Georgia and metro Atlanta did not respond to 11Alive’s requests, on Sunday and Monday, for comment.

But Rep. Marjorie Taylor Greene, (R) GA-14, did write a public letter this past Friday describing the impending impeachment vote as a Democrat coup attempt, and that “the new generation of MAGA Republicans will not back down. ... We aren’t going anywhere.”

On the Facebook page of Rep. Barry Loudermilk (R) GA-11, hundreds of people have been posting comments claiming he was complicit in the insurrection.

The Athens Clarke County Democratic Committee, on Monday, called on Hice to resign or be expelled from Congress and also singled out Rep. Andrew Clyde, (R) GA-09, for criticism:

“Both Jody Hice and the newly-elected Congressman Andrew Clyde (GA-9) voted to overturn the November 3 election results and to nullify the votes of over 35,000 Clarke County voters, of nearly 2,500,000 Georgia voters, and of over 80,000,000 American voters. They did this on the day that thousands of Trump supporters stormed the US Capitol building, resulting in 5 deaths. Leading up to those incidents, Congressman Hice falsely accused the November 3 election of being fraudulent, yet considered his own re-election to be valid. On the morning of the deadly insurrection, Congressman Hice urged supporters to 'FIGHT' and stated 'This is our 1776 moment.'”

11Alive is working to reach Hice and Clyde for comment.

As for President Trump, he would be the only President ever to be impeached twice, and he could also be banned from ever running again -- if the Senate musters a two-thirds vote to convict Trump in a trial that would take place after he leaves office.

Impeachment in the last few days of a President’s term, and then conviction in the Senate after a President has already left office, would help set a precedent, according to Emory University Constitutional Law Professor Fred Smith, "in order to send a strong message about the types of conduct that is tolerable, and the types of conduct that are wholly intolerable,” he said. “By way of disqualification, someone can be banned from serving in federal office, and in positions of federal trust, in the future.”

“What the president has done is a pattern of efforts to subvert the elections,” Rep. Bourdeaux said, “and when he failed to pressure our Secretary of State to change the results on his behalf, then he incited a violent mob to go up to the Capitol and try to stop the certification of the election. ... We can’t allow that to happen. ... I recognize this as a very serious threat to our country. And I want to really convey that to people.”

“Although there are many ways in which what we’re going through is unique,” Prof. Smith said, “the one thing that’s not unique is that America, time and again, has faced tests when it comes to our democracy. And just as we have overcome the tests in the past, I have very little doubt that we will overcome this one if we lean into faith into our democracy, and into our institutions, and into our Constitution.”